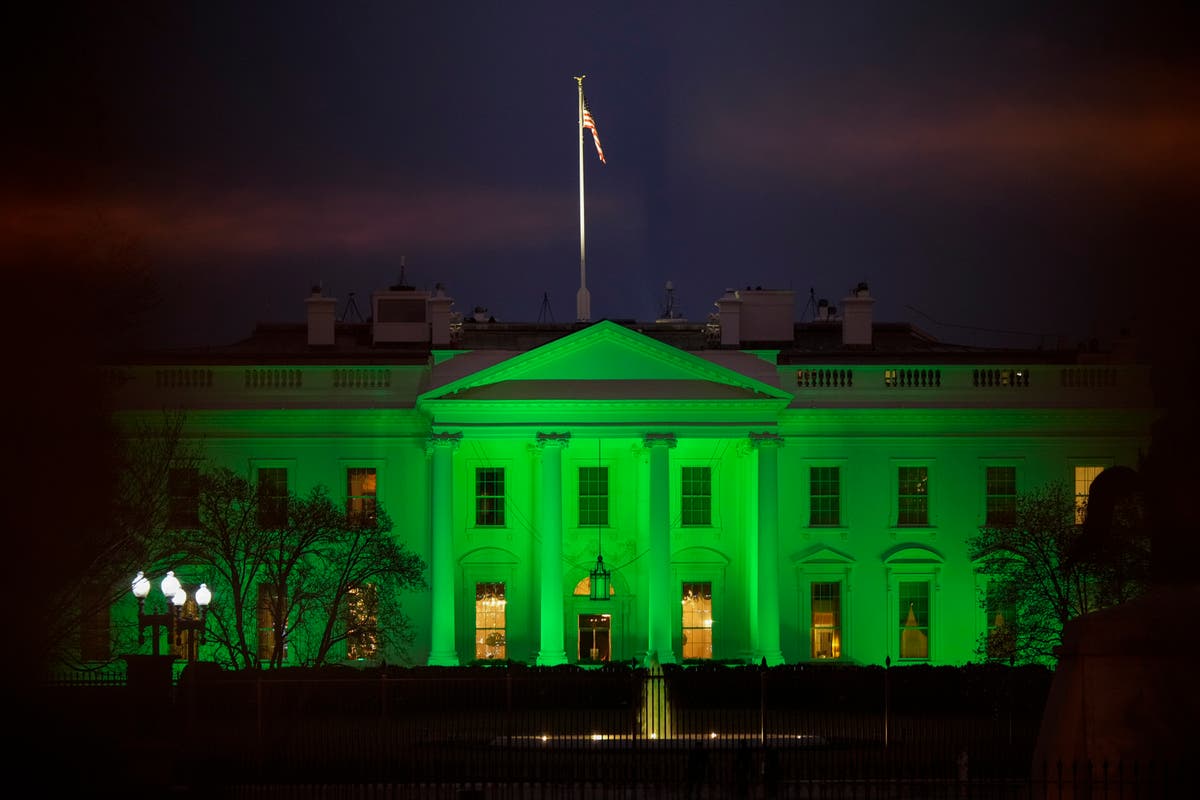 QAnon conspiracy theorists have decided that a green light illuminating the White House – a celebration of St Patrick’s Day – was secretly a message confirming that their beliefs were right all along.

The White House celebrated St Patrick’s Day by shining a green light on the building on the evening of 17 March. Green dye was also added to the fountain waters on the north and south lawns.

This is not the first year that the White House has celebrated the Irish holiday this way; festive displays of green around St Patrick’s Day has been commonplace at 1600 Pennsylvania Ave for years.

Despite this, QAnon followers believe that this year’s display is confirmation that all is well with an apparent plan to reinstall Donald Trump as president and round up all the Democrats for trial and execution.

The QAnon devotees believe that green means “go,” rather than an expression of the tradition of wearing green on St Patrick’s Day. By signaling “go,” they believed that the next stage of the grand plan to topple the “Deep State” would occur that night.

On a Q-focused Telegram channel, one user posted a picture of the illuminated White House with the caption “we are winning big”.

An individual posting as Q left a message on 8Chan in 2018 which “clock activated” followed by the words red castle and green castle.

QAnon adherents take the vague posts and twist events in the present to make sense of Q’s words.

Some appear to believe that the White House’s pink lights in October followed by the green lights this week is a fulfillment of Q’s prediction, with the building serving as the “castle.”

It is unclear what the significance or implications of the different colored “castles” might be.

QAnon believers have been shifting the goal posts for their movement since its inception. They have long awaited “The Storm” – the gathering up and mass trials and executions of Democrats and “Republicans In Name Only” known as RINOs. These individuals are believed to be secret members of a Satanic deep state cabal of child sex-abusing cannibals. They also believe Donald Trump will return to power.

Some QAnon followers were convinced Mr Trump would take power on 6 January, the day of the deadly riots at the US Capitol. When that did not happen, they shifted focus to Inauguration Day, arguing that all the newly-installed police and military forces in Washington DC were actually there to arrest Mr Biden and the Democrats.

When they were once again incorrect, they focused on 4 March, the US’s original inauguration date. But again, they were wrong.

Now some QAnon believers are looking to 20 March – the founding date of the Republican Party – for their elusive and violent Judgement Day.

0 0 0 0
Previous : Slapdown for Jacob Rees-Mogg from Boris Johnson over attack on journalist
Next : Biden says his administration could hit 200m Covid-19 vaccines administered in first 100 days