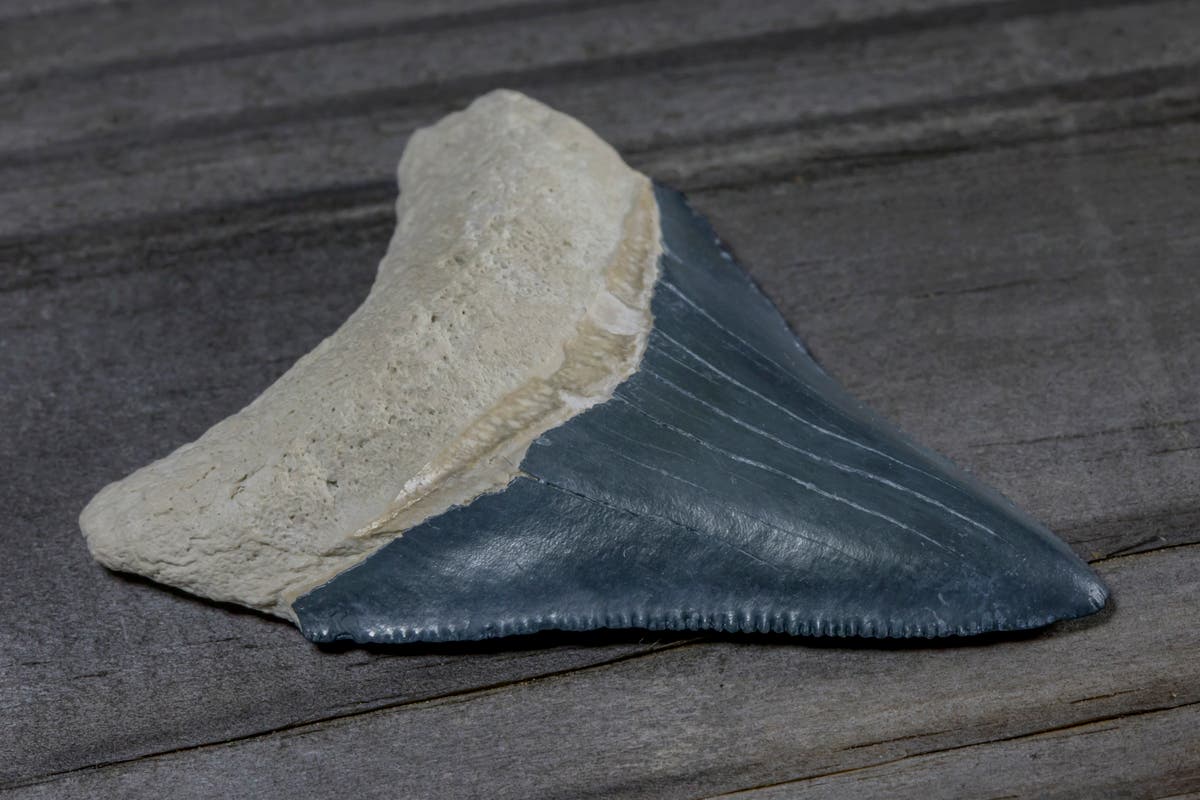 Man finds tooth of biggest shark to ever live

Matthew Basak, a Savannah resident, stumbled upon the tooth weighing three pounds (1.3 kilograms) and measuring 6.45 inches, while looking for one with his girlfriend. They initially found a smaller tooth, under which was the larger one.

Mr Basak found the tooth about a month ago but only recently posted about it on social media. He told Newsweek that he hopes to sell the tooth, which he thinks can get $6,000 (£4308).

The word megalodon means ‘large tooth’ and almost all fossil remains of the animal are teeth. Sharks lose their teeth every one to two weeks and megalodon’s teeth have been found in oceans and beaches in several countries.

Mr Basak, who works as a guide at Palmetto Fossil Excursions, told The Post and Courier: “I’m pretty sure it came straight from the shark’s mouth because there was no damage.”

He said that he found the first tooth when he noticed what looked like a promising soil layer in a drainage ditch at the construction site, according to WCIV. A few inches below it was the massive megalodon tooth, he said.