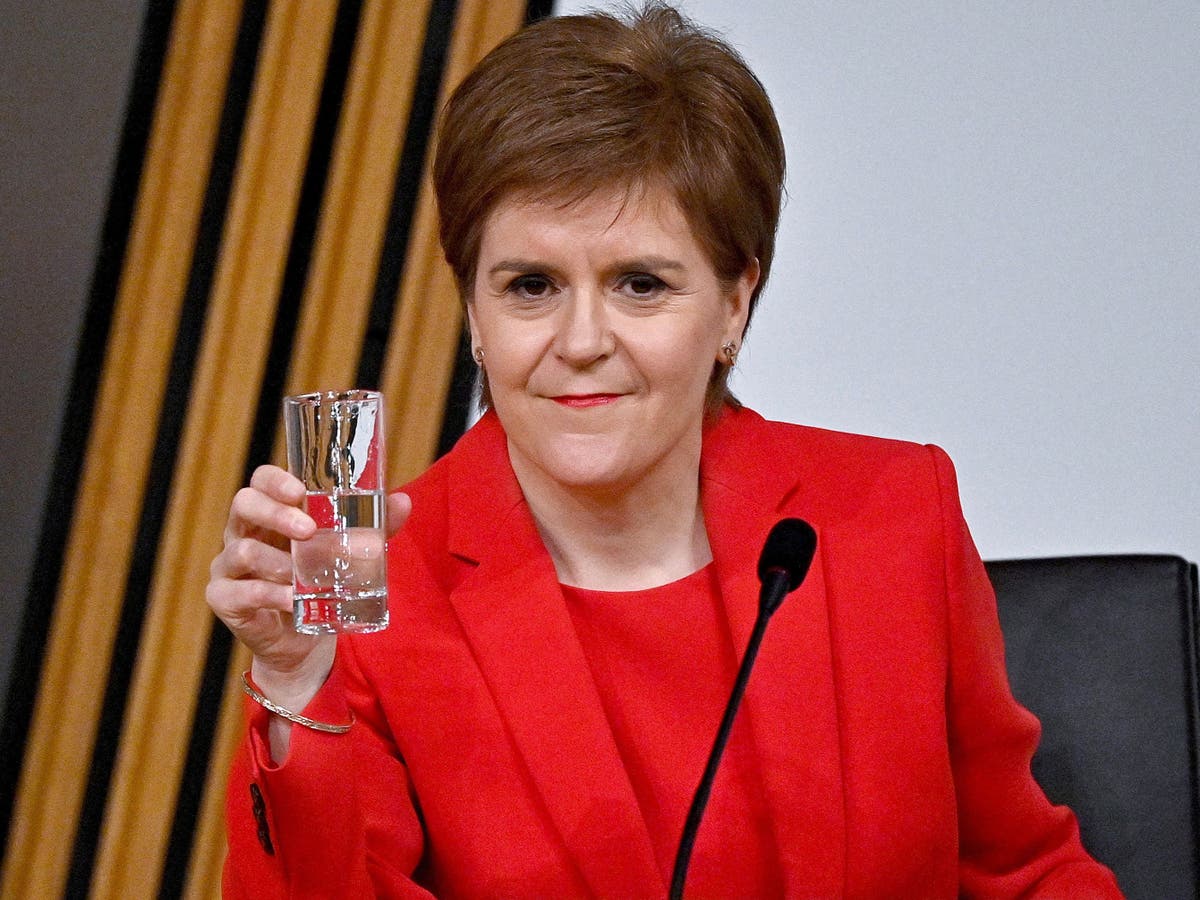 hat do Stephen Fry, Whoopi Goldberg, Boris Johnson, and the Dalai Lama have in common? They have all been jabbed with a Covid-19 vaccine: at least from later today when the prime minister joins the club. The timing of Johnson’s shot (which will naturally be of the Oxford variety) is good news for the NHS public relations team, who are moving swiftly to ensure Made In Europe scepticism about the AstraZeneca shot stays largely on the other side of the channel.

Deputy political editor Rob Merrick on what to look out for today:

MPs will be on constituency duties, but the House of Lords will be sitting – debating topics including the cost of school uniforms, the regulation of forensic science and the borrowing powers of the British Library. Perhaps more newsworthy will be the release of government borrowing figures for February, as the Chancellor heads for a record peace-time blowout of £350bn-plus. It’s also ‘Red Nose Day’ – which some people might say is every day for those in charge of the EU’s vaccination programme

INDIAN HOLD-UP: Export restrictions imposed on jabs by India are seemingly behind expected hold-ups in the UK’s vaccine programme,. Ministers say a slow-down over the next month that will see under-50s waiting longer than expected is down to four million doses from the south Asian country being held up by around four weeks. Cabinet minister Robert Jenrick remained diplomatic last night and declined to blame the country’s government, but the Mail reports that secret talks are being held with a view to lifting restrictions. Ministers are said to believe quiet diplomacy will work better than a “war of words” – an approach they didn’t think to try when the same thing happened in the European Union.

STURGEON PROBLEMS: The big political story north of the border today concerns Nicola Sturgeon, who has been accused by MSPs on misleading their inquiry into misconduct by her predecessor Alex Salmond. Members on the inquiry committee voted five to four that she had given them an inaccurate account. The SNP leader described the news as a “partisan leak” put out “before they’ve actually finalised the report”. As you might expect, the MSPs appear to have voted along broadly partisan lines: there are four SNP members, two Tories, one Labour, one Lib Dem, and an independent named Andy Wightman. A spokesman for the Scottish Parliament said the committee was still finalising its report and declined to comment, but the story still increase pressure on Sturgeon to quit rather than jeopardise the cause of independence.

REVIEW OF JUDICIAL REVIEW: The government is moving to limit the scope of judicial review against its own policies, Justice Secretary Robert Buckland has announced. With a majority in parliament and the opposition sometimes unwilling or unable to land blows, the courts have been one of the main checks on government power in the last few years. Ministers now want to roll that back, and Buckland says the government will be looking to “clearly delineate” which issues judges can rule on. Labour says the move would “trample on values we all hold dear”, while the government argues that it is actually “protecting” judges by stopping them from being drawn into politics. The policy comes after a review by Tory peer Lord Faulks that found “courts were increasingly considering the merits of government decisions themselves, instead of how those decisions were made – moving beyond the remit of judicial review”.

THE GOOD DOCTOR: Labour has picked its candidate for the Hartlepool by-election: Dr Paul Williams was voted out by electors in Stockton South in 2019, but Keir Starmer’s team are betting the folks down the road in Hartlepool will look more kindly on him. A former People’s Vote supporter, the manner of Dr Williams’ selection has angered some in the party who say a “longlist” of candidates should really consist of more than one member. The candidate said it was an “honour” to have been selected for the “brilliant” town.

TROISIÈME VAGUE: Paris and 15 other departments of France are heading into lockdown today amid concerns that the country could be facing a third wave. The country has recorded 35,000 new infections in the last 24 hours, and officials say the situation in the capital is particularly worrying, with 1,200 people already in intensive care. It comes as France re-starts use of the Oxford/AstraZeneca vaccine following a statement from EU authorities that it is safe to use.

“There will be no cancelled appointments as a result of supply issues – second doses will go ahead as planned.”

“If the Brexiteers were correct, and EU members actually had to do what the EU said rather than remaining sovereign, then none of the member state-level bans this week would have happened (which would have been a good thing)”,

“Jacob Rees-Mogg has just called me “either a knave or a fool” for reporting words that Dominic Raab said. Bit of a contrast from an event I covered with him when he was speaking to journalism students at PA, when he warned politicians against accusing journalists of ‘fake news’.”