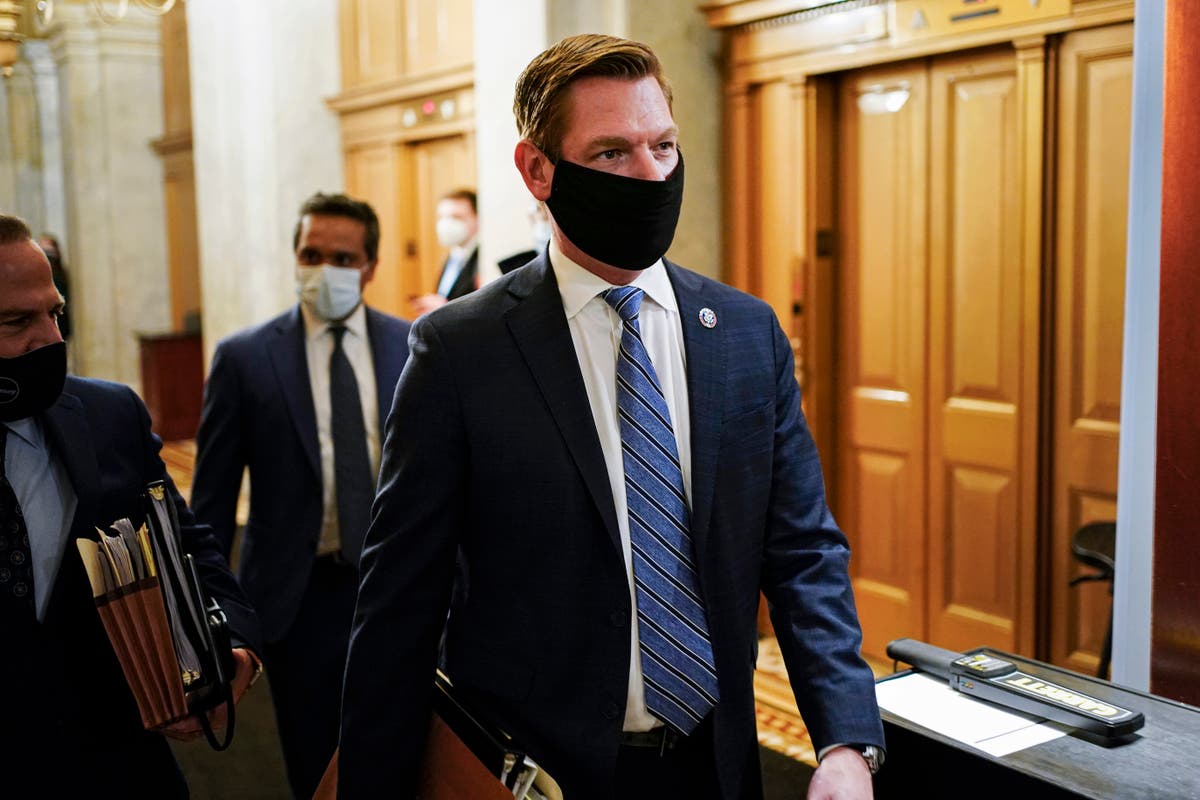 The House has dismissed a Republican attempt to remove California Rep. Eric Swalwell from the House intelligence panel over his contact more than six years ago with a suspected Chinese spy who targeted politicians in the United States.

Federal investigators alerted Swalwell to their concerns — and briefed Congress — about Fang in 2015, at which point Swalwell says he cut off contact with her. Authorities have not charged him with any wrongdoing.

House Intelligence Committee Chairman Adam Schiff said in a letter to colleagues on Thursday that Swalwell is a “trusted member of our committee” and that he had “acted fully in accordance with his responsibilities” after the 2015 counterintelligence briefing. Schiff said that Republican leaders, including then-House Speaker John Boehner and the then-chairman of the intelligence panel, Republican Rep. Devin Nunes were briefed on the situation at the time and “expressed no opposition to his continued service on the committee.”

McCarthy requested his own briefing about Swalwell after the Axios report in December. After the briefing, which was also attended by House Speaker Nancy Pelosi, McCarthy said he thought Swalwell should be removed.

The Republican resolution comes as the once-bipartisan intelligence panel deals with the raw feelings left by the investigations into former President Donald Trump’s ties to Russia. While Schiff and Nunes once worked together, the Trump era shattered that as the panel became one of the most divided in all of Congress. Democrats encouraged the investigations into Trump while Republicans fiercely defended him.

Swalwell has been one of Trump’s sharpest critics, and served as a House impeachment manager during the former president’s second impeachment trial last month. He briefly ran for president in 2019.

Introducing the resolution, McCarthy said that members who are appointed by Pelosi to the Intelligence committee “must possess the highest level of credibility and character” and that “no member should be compromised in any way.” Members of the committee are regularly briefed on sensitive national intelligence.

Swalwell’s office issued a statement in December saying that he had “long ago” provided information to the FBI about Fang, who he said he had met more than eight years ago and not seen in nearly six years. He declined to comment further “to protect information that might be classified,” the statement said.

Asked about the removal attempt earlier this week on MSNBC, Swalwell said that when he was told that someone who was helping his campaign “was not who we thought they were, we kicked the person out, and we helped the FBI.” But he would not discuss any further details, saying he had “honored my oath to national security” unlike those who had leaked it several years later.

“It’s only about payback right now because of my role in the impeachment proceedings, and holding the president accountable,” Swalwell said. “And I think people see through that.”

The vote comes after the House voted to strip Republican Rep. Marjorie Taylor Greene off both her committees last month, an unprecedented punishment that Democrats said she’d earned by spreading hateful and violent conspiracy theories.

Republicans argued then that Democrats shouldn’t decide who Republicans appoint to committees.

“If that’s the new standard,” McCarthy said at the time, “we have a long list.”