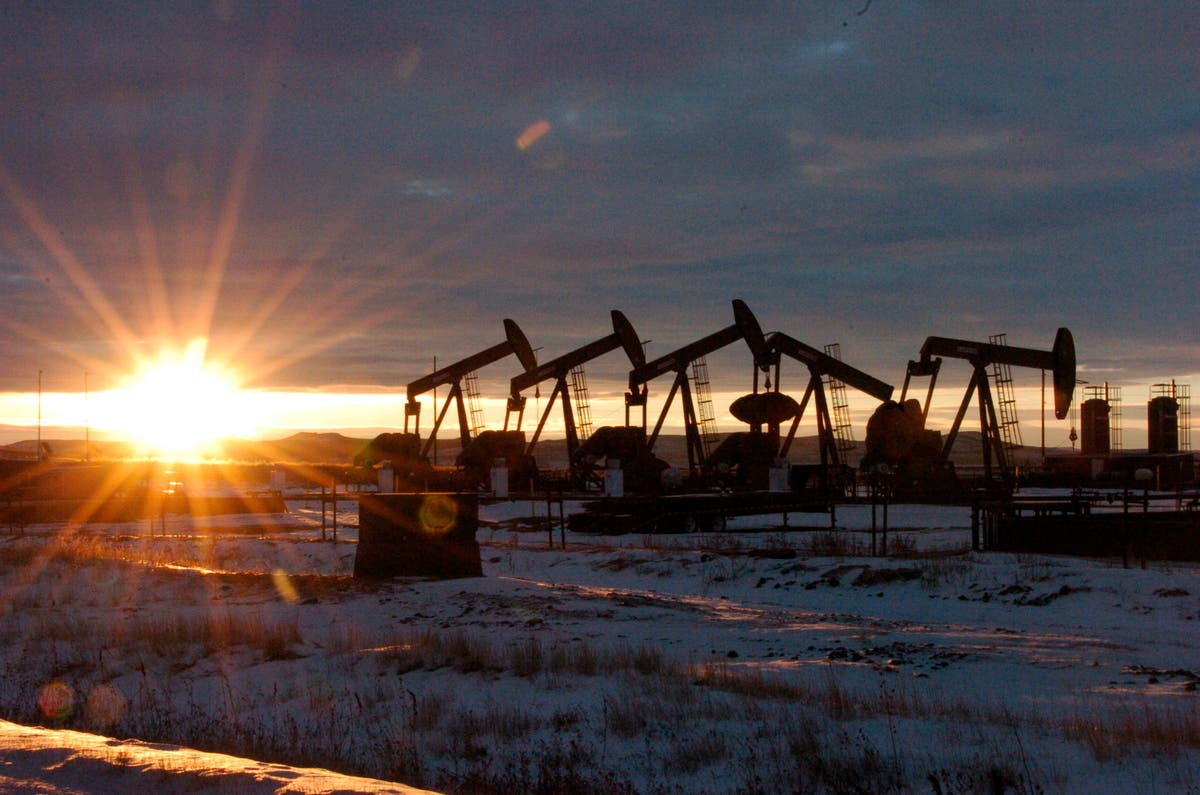 The FTSE 100 fell after opening on Friday as oil prices tumbled on signs of lower demand in China and renewed fears of lockdowns in Europe.

The index fell 1 per cent before rebounding to trade 0.6 per cent down at 6,743.07. BP and Royal Dutch Shell – two of the index’s biggest constituents – were down 2 per cent and 1.3 per cent respectively.

European stock markets went into the red as concerns grew about a slow vaccine rollout and additional coronavirus restrictions. The pan-European STOXX 600 fell 0.6 per cent and France’s CAC 40 was down 0.7 per cent as a new four-week lockdown was due to begin in 16 regions with rising numbers of Covid-19 cases. Much of Italy also entered a new lockdown earlier this week.

It came a day after the S&P 500 hit a new record high on the back of reassurances from the Federal Reserve that it would keep its key interest rate close to zero.

Technology company share prices, which are seen as vulnerable if borrowing costs rise, took a tumble sending the tech-focused Nasdaq down 3 per cent. Apple shares fell 3.4 per cent, Microsoft lost 2.7 per cent and Tesla slumped 6.9 per cent. Banks, which benefit from higher interest rates, registered gains.

Central banks raise interest rates when inflation increases above a target level in order to cool down the economy but the Fed has indicated that it will allow the economy to “run hot” in order to support the recovery. Some investors believe that rates will have to go up if inflation rises rapidly.

The Fed also raised its forecast for the US economy, predicting 6.5 per cent growth this year as the vaccine rollout continues apace and states begin to re-open for business.

But after reaching fresh highs, share prices fell as the yield on government bonds rose. Rising returns on government debt can encourage investors to move their money out of company shares, which are seen as riskier assets.

The government announced it would sell off another £1.1bn of shares in NatWest, formerly RBS, which was bailed out in 2008.

The sale has been signed off at 190.5p per share, less than half the 440p that the government paid during the financial crisis.

NatWest will buy back the stake taking the government’s shareholding from 61.7 per cent to 59.8 per cent.

The competition watchdog has written to housebuilders Countryside and Taylor Wimpey over contracts that doubled ground rents for leaseholders every 10 to 15 years.

The Competition and Markets Authority said the companies may have broken consumer protection law. It launched a probe into ground rents after leaseholders were left with large bills that in some cases made it difficult to sell their homes.

Ground rents were banned on new-build houses in December 2017 and earlier this year, major developers announced they would no longer charge the fees on new flats.

The government has announced it will bring forward legislation reducing ground rents to “peppercorn”, effectively zero, and lenghten leases on new flats to 990 years.