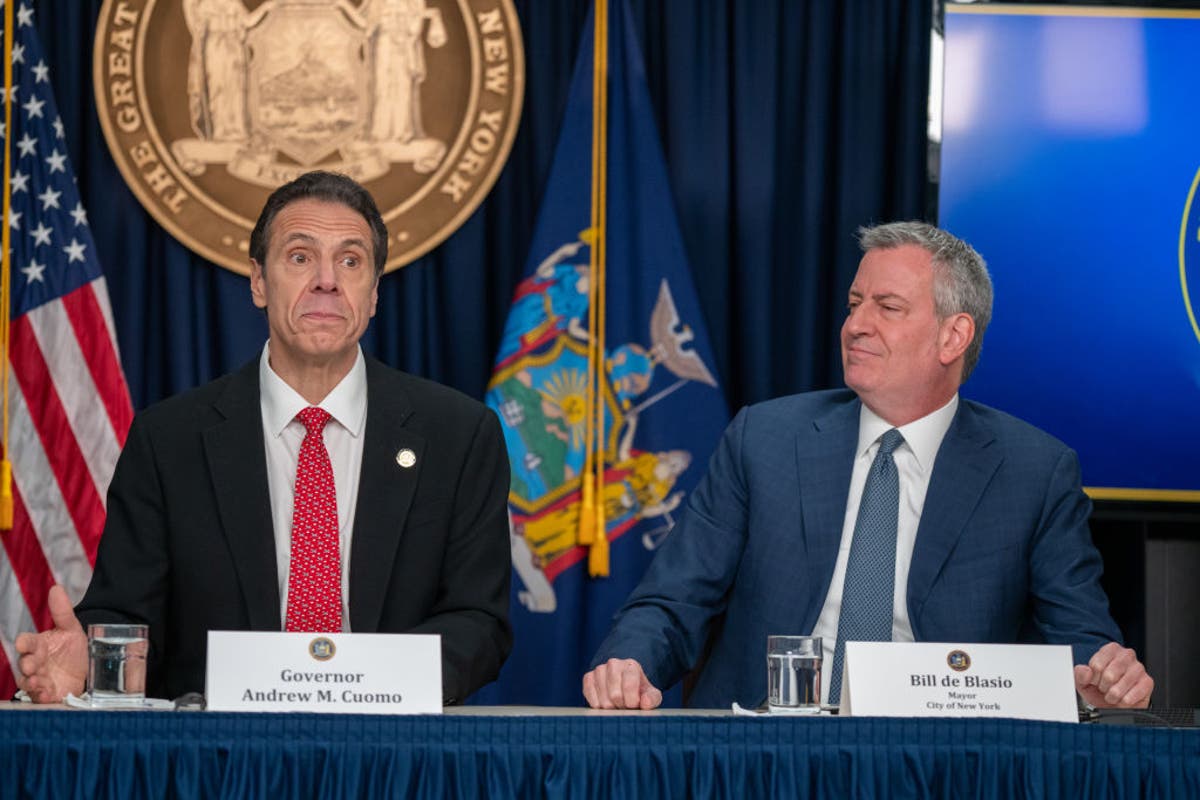 Former aide Lindsey Boylan recalled the detail in an interview published by The New Yorker on Thursday in which she described her experiences of the workplace environment as “toxic”.

Ms Boylan said she saw the dartboard while attending a pool party at the governor’s mansion, telling journalist Ronan Farrow: “I couldn’t believe how brazen that was.”

The governor of New York state and the mayor of New York City have been longtime political rivals, representing different factions within the Democratic Party.

In the early months of the coronavirus pandemic when New York City became the global epicentre of cases of the virus, the two politicians managed to at times present a united front, with the governor taking the lead.

This soon gave way to squabbles over issues such as school reopenings and closures, with the state capitol in Albany and City Hall in Manhattan at odds, leading to confused messaging at times.

Most recently the pair were at odds over the announced reopening of indoor fitness classes in the five boroughs of New York City.

On Wednesday, Mr Cuomo overruled the mayor saying that classes can resume on Monday, just a day after Mr de Blasio said they would remain closed due to the continuing threat of Covid-19.

“Cause it sure as hell looks like a lot of these decisions are being made by the governor because of his political needs,” said Mr de Blasio.

Following seven allegations of sexual harassment, Mr Cuomo is at the centre of a political maelstrom, with senior Democrats both in Albany and Washington DC calling for his resignation.

Mayor de Blasio said on 11 March: “It is disgusting to me, and he can no longer serve as governor. It’s as simple as that.”

Mr Cuomo is under investigation by the New York State attorney general, Letitia James, and the state assembly’s Judiciary Committee.

Ms Boylan is cooperating with the attorney general’s investigation, calling the assembly’s probe a “sham”. There are allegations of a conflict of interest involving connections between law firm Davis Polk and Wardell, the chief judge on the appeals court, and the governor, New York magazine reports.

In addition to the sexual harassment allegations, the governor is also under investigation about how his administration handled Covid-19 deaths in nursing homes and the alleged cover-up that followed.