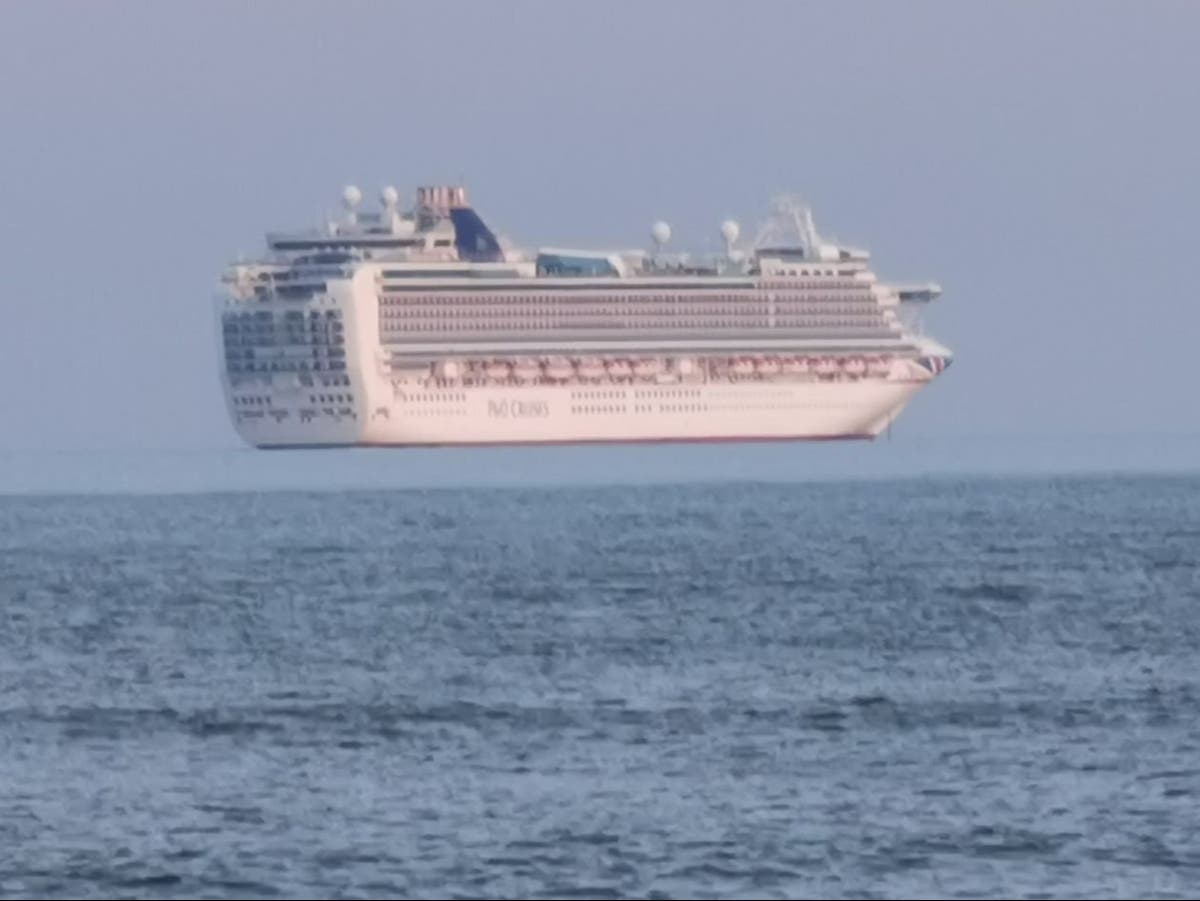 A cruise ship appears to float above the surface of the sea off the coast of Devon in the latest image showing an unusual visual phenomenon called superior mirage.

The vessel, moored close to Lyme Bay, was shown in the photo apparently sitting out of the water thanks to a temperature inversion, in which warm air sits on a layer of cold air.

The Fata Morgana optical illusion results from the brain’s assumption that light travels in a straight line. When light bends due to a temperature inversion, the brain is tricked into thinking that the object is in the position it would be if the light’s path was still straight.

There have been several such sightings in recent days, from Aberdeenshire to Cornwall, where last week a large tanker was photographed apparently floating near Falmouth.

Another cruise ship was spotted moored off the coast of Bournemouth, Dorset, in recent days.

Penny Stuart, who spotted the Dorset mirage, told SWNS: “The light, the colours and the air all just felt beautiful and it was a really magic and peaceful moment.

”I have never seen anything quite like it so I got my phone out and caught it on camera.

“I just couldn’t believe what I was seeing.”

BBC meteorologist David Braine said the mirage was common in the Arctic circle but was only rarely seen in the UK during winter.

He explained: “Superior mirages occur because of the weather condition known as a temperature inversion.”

Usually the air temperature drops as altitude rises, hence the peak of Ben Nevis being colder than Bournemouth beach, but in a temperature inversion warm air sits on top of a band of cold air and plays with the human eye’s perception.

“Since cold air is denser than warm air, it bends light towards the eyes of someone standing on the ground or on the coast, changing how distant an object appears,” Mr Braine said.

“Superior mirages can produce a few different types of images, here a distant ship appears to float high above its actual position, but sometimes an object below the horizon can become visible.”

0 0 0 0
Previous : Police pull driver from burning car after he drives off overpass
Next : Fox News criticised for ‘rooting for Putin’ in proposed debate with Biden