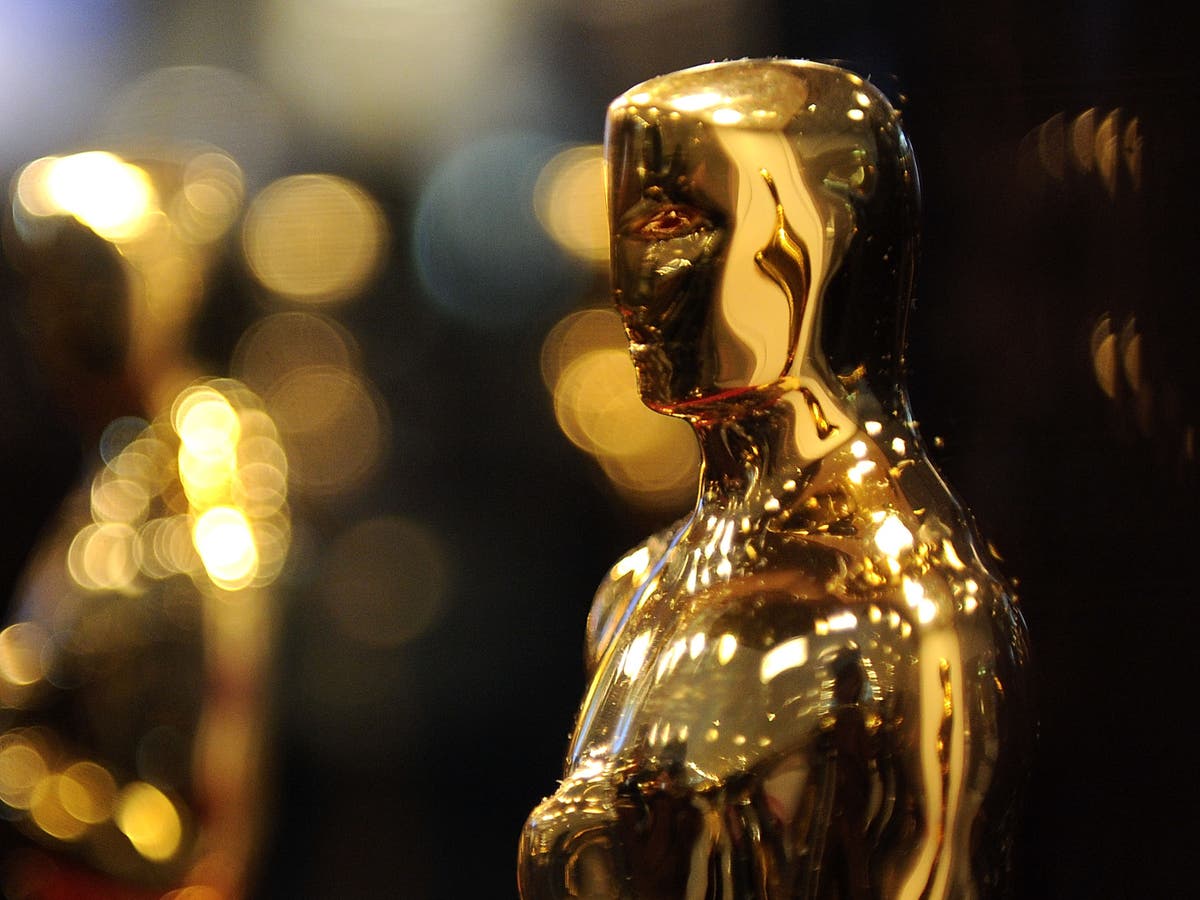 Coronavirus has dulled the Oscars buzz this year, but the campaigns go on

s a potential Oscar nominee for film editing, William Goldenberg should be feeling dizzy right about now. So many tastemaker cocktail parties to attend. So many panel discussions to participate in.

Instead, his tuxedo has been gathering dust. Goldenberg, who stitched together the Tom Hanks western News of the World, has participated in get-out-the-vote screenings on Zoom, and that’s about it. During afternoon walks with his dog, a handful of neighbours have called out from windows and driveways to say they liked the film. Goldenberg, an Oscar winner in 2013 for Argo, describes those impromptu encounters as “really fun”.

Such is life on Hollywood’s virtual awards scene, where the pandemic has vapourised the froth (Champagne toasts! Standing ovations! Red-carpet reunions!) and created an atmosphere more akin to a funeral. There is a dearth of buzz because people aren’t congregating. Screenings and voter-focused Q&A sessions have moved online, adding to existential worries about the future of cinema in the streaming age.

And some film insiders are privately asking an uncomfortable question: How do you tastefully campaign for trophies when more than 1,000 Americans a day are still dying from the coronavirus?

Oscar nominations will be announced on Monday, but almost none of the movies in the running have even played in cinemas, with entire multiplex chains struggling to stay afloat. “In terms of campaigning, there is a ‘Why are we even doing this?’ feeling,” says Matthew Belloni, a former editor of the Hollywood Reporter and co-host of The Business, an entertainment industry podcast.

Ever since Harvey Weinstein turned Oscar electioneering into a blood sport in the 1990s, the three-month period leading up to the Academy Awards has been a surreal time in the movie capital, with film distributors only ever seeming to push harder – and spend more – in pursuit of golden statuettes. In 2019, for instance, Netflix popped eyeballs by laying out an estimated $30m to evangelise for Roma, a film that cost only $15m to make.

But it’s not as easy to influence voters and create awards momentum during a pandemic. Roughly 9,100 film professionals worldwide are eligible to vote for Oscars. All are members of the Academy of Motion Picture Arts and Sciences, which has nine pages of regulations that campaigners must follow. Film companies, for instance, “may not send a member more than one email and one hard-copy mailing” per week. Telephone lobbying is forbidden.

The 93rd Academy Awards will take place on 25 April, pushed back by two months because of the pandemic.

Calling off the campaigns is not an option for Hollywood, where jockeying for awards has become an industry unto itself. Stars and their agents (and publicists) also pay keen attention to campaign parity: “Hey, Netflix, if you are going to back up the Brink’s trucks to barnstorm for Mank, you’d better do it for us, too.”

“There are so many egos to serve,” says Sasha Stone, who runs Awards Daily, an entertainment honours site.

Contenders, wary of tone-deaf missteps, have been feeling their way.

Sacha Baron Cohen, for one, has been openly mocking the process, even as he has participated in Zoom events to support The Trial of the Chicago 7 (Netflix) and Borat Subsequent Moviefilm (Amazon). Asked by phone how the virtual campaign trail was going, he quipped, “I imagine it’s much better than being on an actual one.”

At least no one has pushed him to break into song, he said, recounting how, in 2013, he was asked to belt out a number from Les Miserables at a campaign stop. (He declined.)

At times, however, Cohen has been willing to play along. In a skit on Jimmy Kimmel Live this month, he pretended to be moonlighting as a black-market vaccine procurer for desperate celebrities. “It seems like you should be focused on your Oscar campaign,” Kimmel said at one point. Cohen responded dryly, “This is my Oscar campaign.”

There is business logic to the seasonal insanity. The spotlight generates interest from the news media, potentially increasing viewership. For streaming services like Amazon, Hulu, Apple TV+ and Netflix, awards bring legitimacy and a greater ability to compete for top filmmakers.

“The business benefit is that we will win deals that we wouldn’t have otherwise,” Reed Hastings, Netflix’s chief executive, told analysts on a conference call last year.

Because in-person events have been scuttled this time around, less money has been flowing into the Oscar race.

Caterers, chauffeurs, florists and DJs have also suffered major losses. All after a year when more than 36,000 motion picture and sound-recording jobs were lost in Los Angeles County, according to a county report that was released last month.

At the same time, studios and streaming services are still spending heavily on “for your consideration” spreads in trade publications. For $80,000 to $90,000, for instance, campaigners can cover Variety’s cover with voter-focused ads. Hulu recently promoted The United States vs. Billie Holiday that way. (“For your consideration in all categories including BEST PICTURE.”) Netflix and Amazon have given films like Da 5 Bloods and One Night in Miami similar treatment.

“It has been a huge, really strong season for us,” says Sharon Waxman, founder and chief executive of The Wrap, a Hollywood news site. The Wrap hosted 40 virtual awards-oriented screenings in January, underwritten by film companies.

“We have another whole round on the way,” Waxman says.

The price for events can be steep. A virtual panel discussion, hosted by Vanity Fair or the Hollywood Reporter, costs around $30,000, the same as last year, when receptions accompanied the events. Studios normally pay $15,000 to $25,000 for a table of eight at the Critics Choice Awards, an additional opportunity to solidify a film’s place in the awards conversation. This year, each guest was charged $5,000 for a “virtual seat”, which some saw as an exorbitant price for a square on a computer screen. (Joey Berlin, chief operating officer of the Critics Choice Association, says it was needed to produce a three-hour TV special and come out even.)

And don’t forget the for-your-consideration billboards. One eight-block stretch of Melrose Avenue in Los Angeles has nine of them, with Netflix pushing Ma Rainey’s Black Bottom and Warner Bros extolling Judas and the Black Messiah.

Those blocks are typically brimming with voters; Paramount Pictures is there, as is Raleigh Studios, where Netflix rents production space. With most people in Los Angeles still holed up at home, however, the thoroughfare was eerily quiet last Monday at 5:30 p.m. Actual crickets were chirping at Paramount’s closed Bronson Gate, which bore a sign reading, “Per government direction, access to the studio is now restricted.”

Comical at best, absurd at worst?

“The public must be so confused,” Stone says.

None of the studios or streaming services angling for awards would comment for this article. Campaigning, while commonplace, remains a taboo subject. No film company wants to look as if it is trying to manipulate voters.

It is easy to understand where they are coming from, though.

“Like a political campaign, you have to crest at the right moment,” says Paul Hardart, director of the entertainment, media and technology programme at New York University’s Stern School of Business. “You need the maximum exposure at that time. And that’s a hard thing to do. How do you become top of mind at the right time?”

As part of its promotional effort for Nomadland, about an impoverished van-dweller, Searchlight Pictures sent a bound copy of the screenplay to awards voters. The Hollywood press corps received Nomadland wineglasses, a Nomadland licence plate, Nomadland keychains, a Nomadland T-shirt and a 5ft x 2ft Nomadland windshield sunshade.

“People are relying more on what the critics are saying than what their friends are saying, because people aren’t congregating,” Goldenberg says.

On the bright side, the pandemic has made it easier for studios and streaming services to attract voters to awards-oriented screenings, which are followed by Q&A sessions focused on various specialities: art design, editing, song-composing.

In years past, when attendance obstacles included Los Angeles traffic, filling the 468-seat Writers Guild Theatre for such an event involved sending out more than 5,000 invitations. Similar events – held virtually – have recently had a higher turnout rate: 1,000 invitations might yield 200 attendees, most of whom even stick around for the post-screening discussion, organisers say.

Netflix paired Amanda Seyfried (Mank) with Cher. It may not sound like an intuitive coupling, but even if you weren’t terribly interested in Mank, wouldn’t you tune in just to get a peek into Cher’s living room?

0 0 0 0
Previous : Should we be worried about the dispute between Putin and Biden?
Next : RHS commits to going peat-free by 2025 and urges gardeners to follow suit