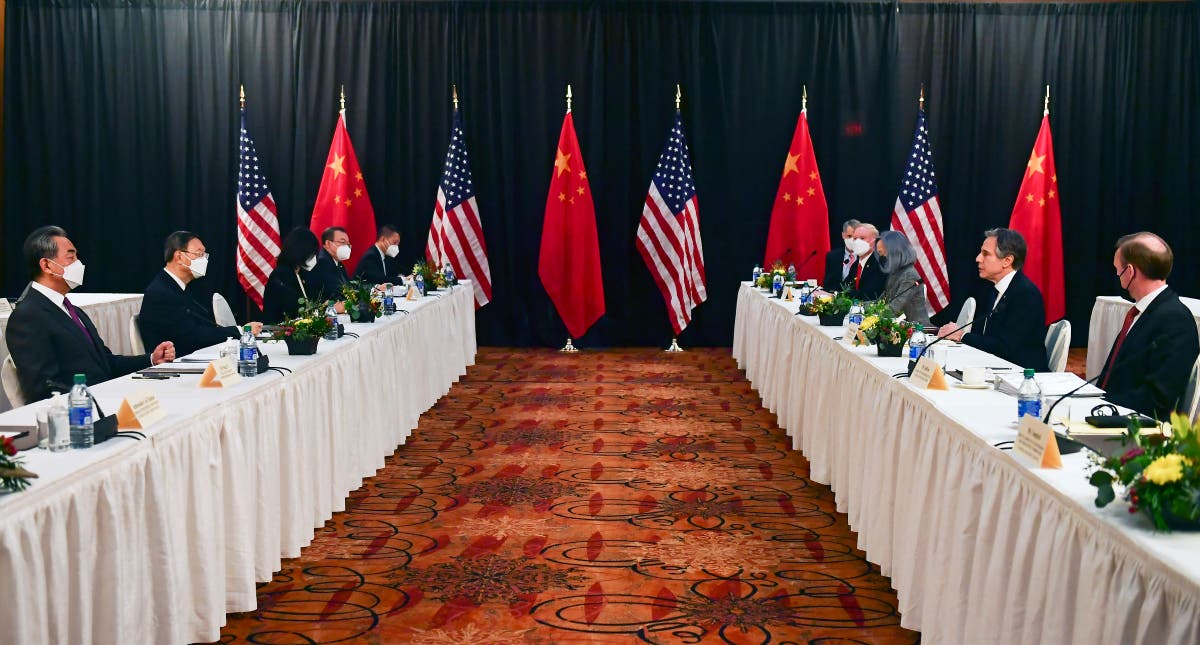 The strain in the relations between the US and China was on public display during the opening session of the Alaska summit on Thursday as top officials of the two countries traded angry barbs.

Secretary of state Antony Blinken and China’s top diplomat Yang Jiechi sparred over a range of issues from trade to human rights in Tibet, Hong Kong and China’s western Xinjiang region, as well as over Taiwan, China’s assertiveness in the South China Sea and the coronavirus pandemic.

“We will… discuss our deep concerns with actions by China, including in Xinjiang, Hong Kong, Taiwan, cyber attacks on the United States, economic coercion of our allies,” said Mr Blinken in a blunt attack at the start of two days of talks in the first face-to-face meeting since Joe Biden took over the presidency.

“Each of these actions threaten the rules-based order that maintains global stability,” he said.

In response, Mr Yang lashed out at the US for using its military power and financial supremacy to suppress other countries. “It abuses so-called notions of national security to obstruct normal trade exchanges, and incite some countries to attack China,” he said.

Mr Yang further slammed the US for interfering in its internal matters while asking Washington to reflect on their own failure to deal with its internal human rights issues.

“Many people within the United States actually have little confidence in the democracy of the United States,” he said, referring to the killing of Black Americans and the Black Lives Matter movement in America.

“China is firmly opposed to US interference in China’s internal affairs. We have expressed our staunch opposition to such interference, and we will take firm actions in response,” he warned in a speech that went beyond 15 minutes.

National security adviser Jake Sullivan hit back, saying Washington did not seek a conflict with China but added: “We will always stand up for our principles for our people, and for our friends.”

Underscoring the animosity, the US delegation further blasted China for violating the agreed protocol of two minutes of opening remarks by each side and suggested that China’s delegation“seems to have arrived intent on grandstanding, focused on public theatrics and dramatics over substance.”

The ties between the US and China sharply deteriorated under the presidency of Donald Trump but the Biden administration is yet to signal if they would back away from the stance taken by his Republican predecessor.

In fact, days before the meeting, Mr Blinken had announced new sanctions on Chinese and Hong Kong officials over Beijing’s crackdown on the semi-autonomous city.

Additional reporting from the wires

0 0 0 0
Previous : Shocking – Pastor jailed in now fascist Canada for preaching during ‘Pandemic’. His wife responds and sees the truth of what is happening
Next : Coronavirus news live: Boris Johnson to receive AstraZeneca vaccine today