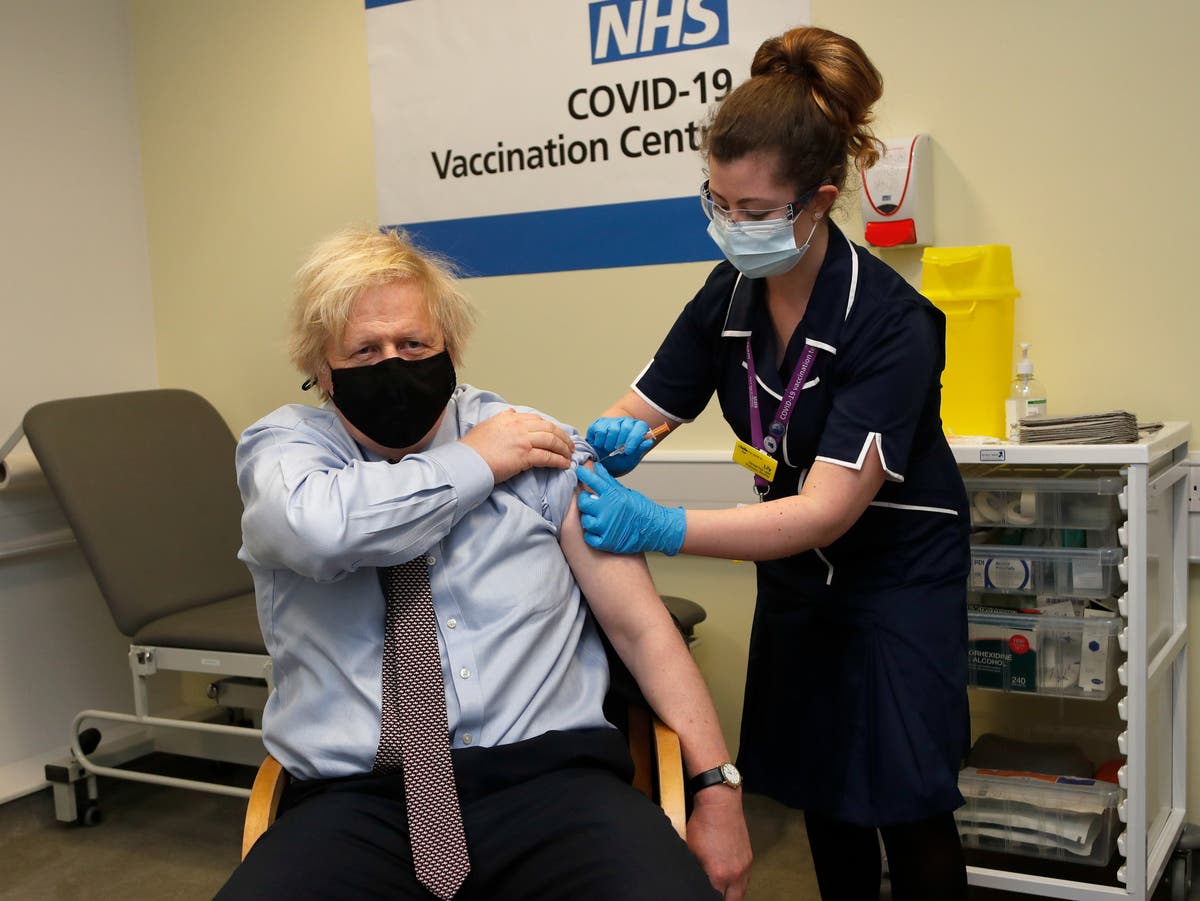 Boris Johnson has urged everybody called for a vaccination to “go and get it”, after receiving his first jab.

“I literally did not feel a thing and so it was very good, very quick,” Mr Johnson told reporters as he left St Thomas’ hospital, wearing a sticker to show he had received the jab.

Asked what he would say to people worried by some EU countries suspending use of the vaccine, he replied: “Don’t just listen to me, listen to all the scientists. The risk is Covid, this is a great thing to do.”

Earlier, the 56-year-old pictured with his left shirtsleeve rolled up to the shoulder, being injected with a first dose of the Oxford/AstraZeneca vaccine.

Another photo showed the prime minister sitting in the chair where he received the vaccination, raising both thumbs in the air.

Mr Johnson is among more than 26 million people in the UK who have received at least their first dose of a vaccine.