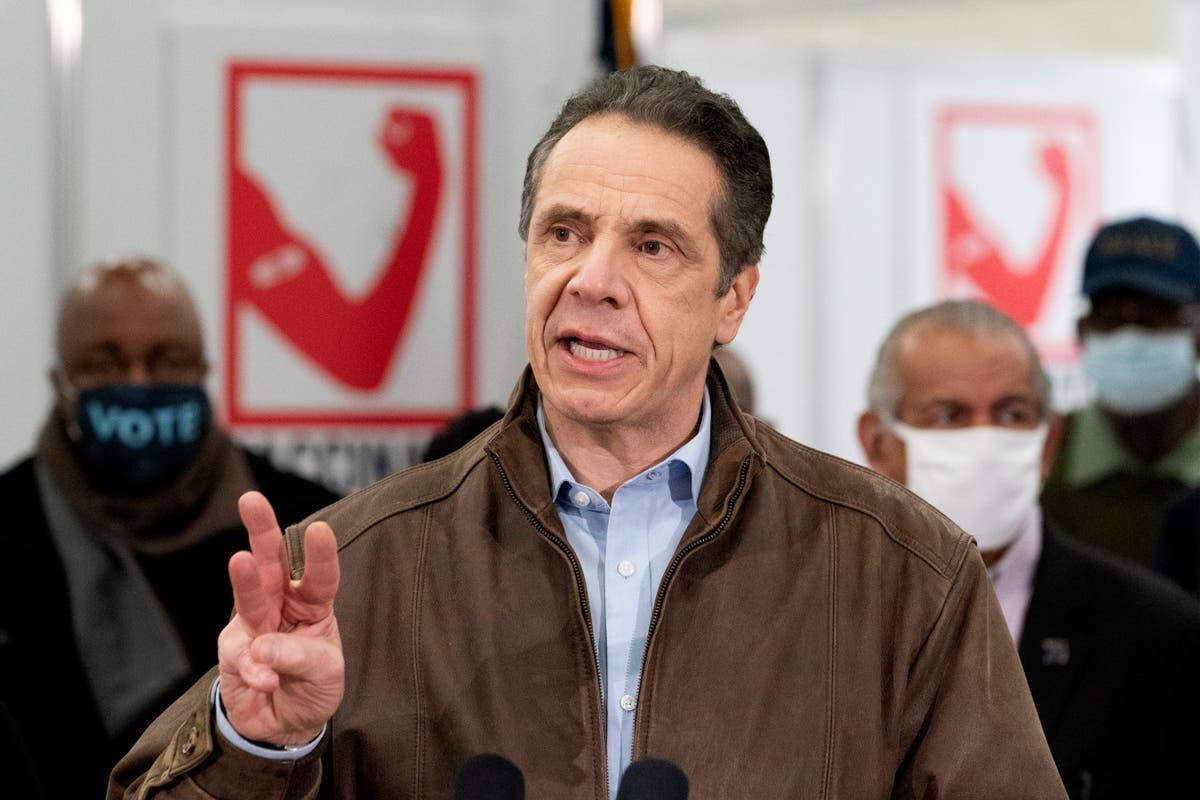 Alyssa McGrath, 33, claimed Mr Cuomo has previously ogled her body, remarked on her looks, and made suggestive comments about herself and another female aide in the office, according to the publication. This made Ms McGrath the first woman to speak against the governor as a current employee, as she works as an aide in Mr Cuomo’s office.

Incidents recalled by Ms McGrath included the governor calling herself and another female aide “mingle mamas”. He referred to her as “beautiful” in Italian and gazed down her shirt once to comment on a necklace.

Mr Cuomo also inquired about the woman’s lack of wedding ring and what the status was of her divorce, she claimed when speaking to The New York Times.

Besides detailing her own allegations against the governor, Ms McGrath also backed up claims made by other women against Mr Cuomo.

One of the more serious accusations the Democratic governor faced was that he groped a current aide’s breast while at the Executive Mansion. Ms McGrath said that the current aide described the incident to her in detail after it was first revealed publicly in The Times Union last week.

“She froze when he started doing that stuff to her,” Ms McGrath said of the conversation, adding that Mr Cuomo allegedly told the aide specifically not to tell her colleague.

The aide in question has not been publicly identified.

Ms McGrath detailed a three-year history of behaviour from the governor that ranged from friendly and flirtatious to inappropriate with herself and the other aide. But Ms McGrath added that she only realised the problem with the interactions as more and more women spoke out against the governor.

Mr Cuomo has been accused of sexual harassment and inappropriate conduct by several women, including current and former aides.

The governor denied all allegations but agreed to fully cooperate with the independent investigation launched by New York Attorney General Letitia James, a Democrat.

Rita Glavin, a personal lawyer for Mr Cuomo, responded to the new allegations on Friday when contacted by The New York Times.

“The governor has greeted men and women with hugs and a kiss on the cheek, forehead, or hand. Yes, he has posed for photographs with his arm around them. Yes, he uses Italian phrases like ‘ciao bella,’” she said, adding: “None of this is remarkable, although it may be old-fashioned. He has made clear that he has never made inappropriate advances or inappropriately touched anyone.”

One of Ms McGrath’s accusations included him kissing her on the forehead as a greeting at an office Christmas party in 2019.

New York Democrats have turned against Mr Cuomo amid the allegations he faces from several women, including Senators Chuck Schumer and Kirsten Gillibrand. The governor has faced calls to resign, but he’s declined to step down and instead said the public needed to wait to form an opinion until after the investigation.

President Joe Biden commented on the allegations this week after remaining silent, stating that he thought Mr Cuomo should step down if the investigation showed the accusations were true.

0 0 0 0
Previous : Britain as a top three ‘soft power’ is something we should fight to retain
Next : Police officer who attacked woman in street spared jail and fined £500