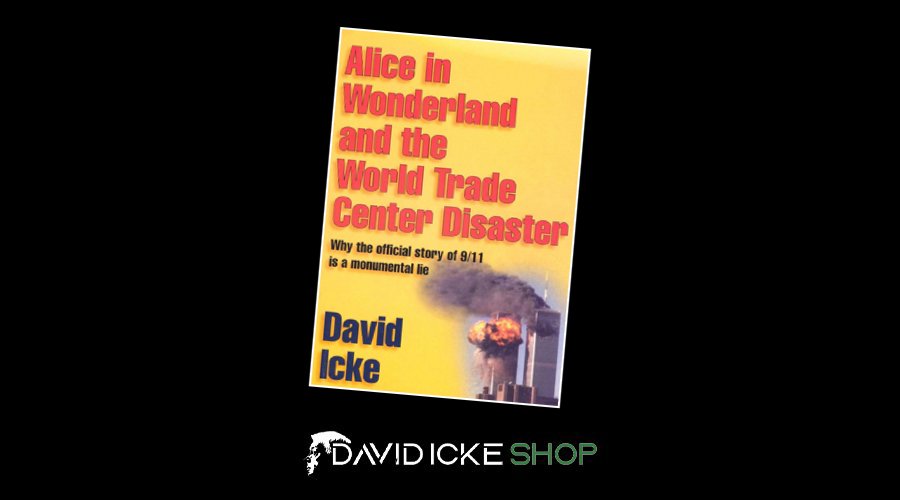 David Icke reveals why the official story of 9/11 is a monumental lie.

Since that horrendous day of September 11th 2001, the people of the world have been told the Big Lie. The official story of what happened on 9/11 is a fantasy of untruth, manipulation, contradiction and anomaly. David Icke has spent well over a decade uncovering the force that was really behind those attacks and has travelled to 40 countries in pursuit of the truth. He has exposed their personnel, methods and agenda in a series of books and videos.

When the attacks came, it was easy to recognise the Hidden Hand behind the cover story of “Bin Laden did it”. In Alice in Wonderland and the World Trade Center, David Icke takes apart the official version of 9/11 and the “war on terrorism” and shows that those responsible are much closer to home than a cave in Afghanistan. He explains why 9/11 was planned and to what end. It is vital to maintaining our freedom, and to the memory of those who died and the loved ones they left behind, that the light shines on the lies and deceit behind September 11th.

Icke also places these events in their true context as part of an agenda by hidden forces working behind the puppet politicians to create a global fascist state based on total control and surveillance. But it doesn’t have to be like this; it does not have to happen. We can change the world from a prison to a paradise and, as Icke explains, the power to do that is within you and within us all.