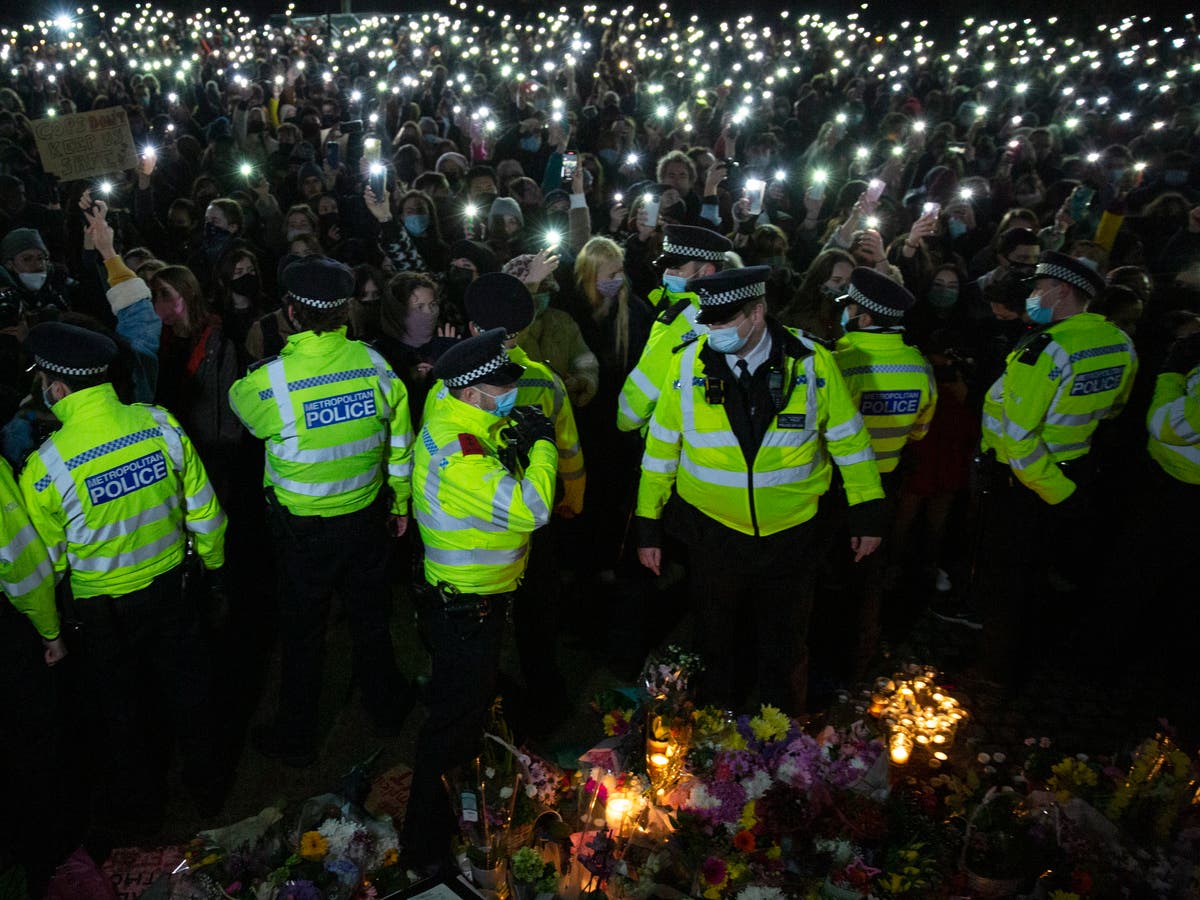 Women should not have to pay coronavirus fines over Sarah Everard vigil, Harriet Harman says

Harriet Harman, who is also the former solicitor general for England and Wales, told The Independent a “lack of clarity” over the legality of protest under lockdown laws could not continue.

“Prosecution decisions are independent but I don’t want to see any woman paying a fine in relation to breaching coronavirus regulations after Clapham,” the Labour MP said. “No one can argue there was any certainty on criminal law on this.”

She was speaking ahead of a report by parliament’s Joint Committee on Human Rights on coronavirus laws and the right to protest.

Protests were made a specific exemption to restrictions on gatherings under previous versions of the Health Protection Regulations, but the most recent law neither explicitly allows nor explicitly bans them.

“What was absolutely clear was some people thought that meant protests could be regarded as a reasonable excuse [to be outside in law] because the Human Rights Act protects the right to protest, and others thought that because it wasn’t specifically mentioned it was outlawed,” Ms Harman said.

“Everybody had a different view on whether it’s permitted or not and that’s not acceptable – it should be put right straight away.”

Ms Harman said the right to protest was “very important” and that judgments on what events can go ahead, and whether they are safe, should be made on a case-by-case basis.

A backlash over the police response to planned vigils for Everard, who was killed after disappearing while walking home in London earlier this month, has drawn attention to concerns raised by human rights groups for months.

Lawyers and campaigners have also been calling for a formal appeal process to be set up for coronavirus fines.

Currently, people must pay penalties issued for alleged breaches of the Health Protection Regulations within 28 days or face prosecution.

An independent investigation is under way into the Metropolitan Police’s handling of Saturday’s vigil on Clapham Common, which ended with arrests amid accusations of heavy-handedness.

Scotland Yard refused to facilitate a socially distanced event originally planned by Reclaim These Streets and organisers cancelled after being threatened with £10,000 fines and potential prosecution.

The campaign group asked the High Court to rule on the correct interpretation of the regulations on Friday, but a judge refused to make a formal declaration.

Sir Stephen House, deputy commissioner of the Metropolitan Police, said the force would support the independent probe but he believed the officers present were “doing their duty as they saw it”.

Giving evidence to the London Assembly Police and Crime Committee on Wednesday, he said that between midday and 6pm the vigil had complied with Covid regulations, but that people then started to make speeches from the bandstand and caused the crowd to draw together.

“We believe that when the crowd density increased, Covid regulations were no longer being followed,” he said, adding that officers were then faced with an “incredibly difficult situation” and had been met with abuse for trying to disperse the crowds.

Sir Stephen said that officers had tried to issue fines but when people refused to give their names and addresses, they were left with a choice of dropping the fines or making arrests.

He added: “The officers decided to proceed and make arrests for failing to give the information and also in one case a public order offence.”

Sir Thomas Winsor, HM chief inspector of constabulary, is to carry out a review into the way the event on Clapham Common was policed after senior politicians including home secretary Priti Patel and London mayor Sadiq Khan raised concerns.

Everard went missing on 3 March, while walking home after visiting a friend in south London.

Her body was found in woodland near Ashford in Kent a week later, and serving police officer Wayne Couzens, 48, has been charged with her murder.

Inquiries as to her cause of death are still under way after an initial post mortem examination was inconclusive, a coroner said at the opening of an inquest on Thursday.