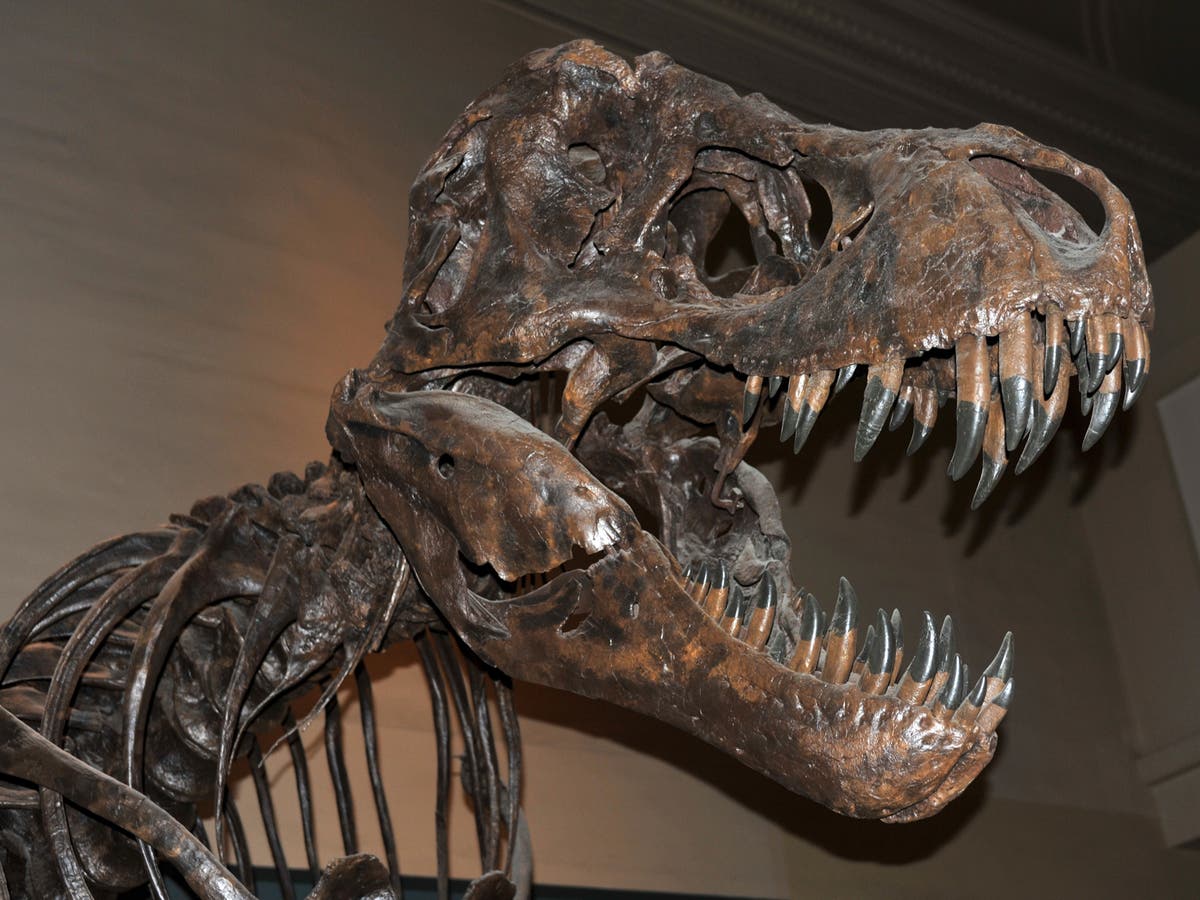 Adult tyrannosaurs – including the species T rex – used a “puncture-pull” biting technique, in which they bit down and swallowed chunks of flesh and bone. But, it turns out, young tyrannosaurs didn’t possess the deep jaws necessary to undertake such a bite. Their jaws weren’t equipped to deal with the significant stresses of biting in this way.

In a new study, my colleague Eric Snively of Oklahoma State University and I examined how tyrannosaur feeding strategies may have changed as they got older. In doing so, we uncovered several interesting aspects of T rex’s biology.

We used 3D models of various tyrannosaur jaws at different stages of growth. We were fortunate enough to have a 3D scan of Raptorex – a small juvenile tyrannosaur from Mongolia – which we used as a stand-in for a very young T rex, of approximately three- to six-years-old at death.

These specimens are notable for their completeness, which makes them ideal for these kinds of studies. We didn’t need to use guesswork to fill in any missing materials in our 3D models.

We applied virtual muscles to our tyrannosaur jaws and used engineering tools to simulate tyrannosaur bites. Then, we studied the stresses that would occur in their jaws during these hypothetical feeding scenarios.

The type of analysis we used – called finite element analysis – is usually applied to assess the safety of solid structures seen in everyday life, like bridges and planes. In recent years, it’s become increasingly popular in zoology and palaeontology for studying animal skeletons.

Our study found that the jaws of small tyrannosaurs experienced lower stress overall because muscle forces were relatively lower than in larger adults. But the slender juvenile jaws experienced greater stresses when they were adjusted to the length of the adult jaws.

This means the broad, deep-set lower jaw found in adult T rex was integral to its powerful bite. The slender jaws of the juveniles may have been damaged if they kept the same shape as they matured.

These reduced stresses on the front of the jaw are consistent with the highly robust teeth at the front, where the tyrannosaurs may have applied their highest impact bite forces.

Based on our findings, and previous research about tyrannosaur agility and its hunting methods, we believe juvenile T rex may have played a separate role in their ecosystem compared to the adults. Juveniles were probably pursuing smaller prey with a slashing bite, while the adults were feeding on large herbivorous dinosaurs like Triceratops, as is commonly depicted in popular culture.

Our extensive knowledge about T rex exists because a relatively large number of nearly complete specimens have been unearthed. Recent bite force estimates for adult T rex have placed it as high as 60,000 newtons – for reference, saltwater crocodiles bite down at 16,000 newtons.

In the future, I’d like to see more fossil material, especially complete skulls and jaws, being scanned. Tools like 3D scanning and editing are wonderful for studying both living and extinct animals.

While our study focused on dinosaurs, these methods can be applied to any group of animals with complete skull material. It would be lovely to see studies like these carried out on other extinct vertebrates, such as the marine reptiles that thrived during the times of the dinosaurs.

Andre Rowe is a PhD candidate in geology at the University of Bristol. This article first appeared on The Conversation

0 0 0 0
Previous : ‘I’m not having this briefing sidetracked’: Sturgeon clashes with journalists over Salmond allegations
Next : Why tidal power is important to Britain’s energy future