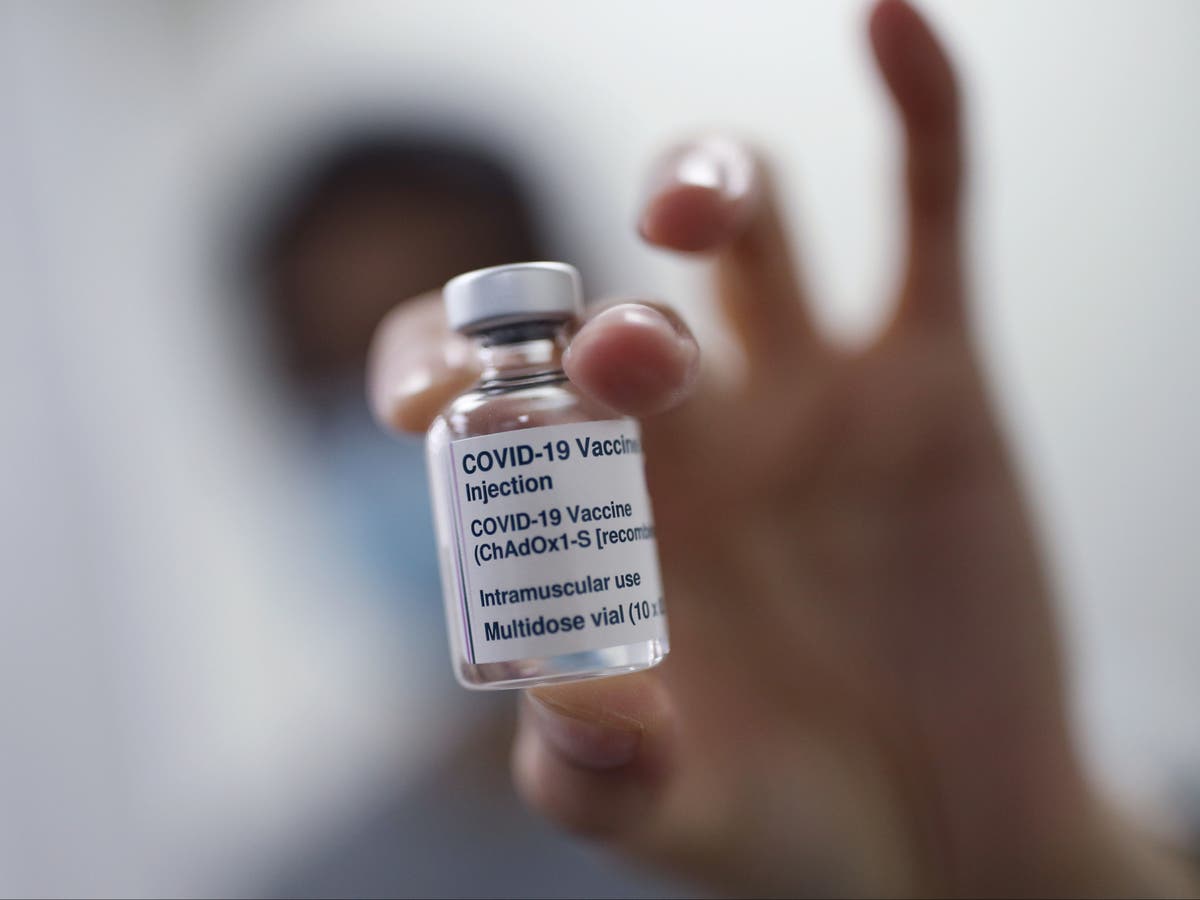 Why is there a vaccine supply problem?

The UK faces a month-long “significant reduction” in its weekly vaccine supply from the end of March, NHS England revealed on Wednesday.

A letter to local health leaders in England said there had been “reductions in national inbound vaccines supply” and asked organisations to ensure no further appointments were uploaded to booking systems in April.

The government’s Vaccine Taskforce “currently predict this will continue for a four-week period, as a result of reductions in national inbound vaccines supply”, the letter said.

The letter asked vaccination centres and community pharmacy-led services to close unfilled bookings and “ensure no further appointments are uploaded” to booking systems in April.

Why is there a delay?

The expected reduction in supply is partly due to a delay in the delivery of five million Oxford/AstraZeneca doses from India.

The shipment, produced by the Serum Institute of India, has been held up by four weeks.

A spokesperson for the Serum Institute of India told the BBC: “Five million doses had been delivered a few weeks ago to the UK and we will try to supply more later, based on the current situation and the requirement for the government immunisation programme in India.”

Robert Jenrick, the housing secretary, said the government had learned of the supply issues “in the last few days” and suggested the problem is not due to reductions from a single nation.

“We have learned from some of our manufacturers that there are going to be some supply issues in the last few days,” he told BBC Radio 4’s Today programme. “A number of global manufacturers are experiencing issues.”

The Oxford/AstraZeneca vaccine accounts for around 75 per cent of the vaccines administered in the UK so far, while the Pfizer/BioNTech jab makes up the remaining 25 per cent.

An AstraZeneca spokesperson said: “Our UK domestic supply chain is not experiencing any disruption and there is no impact on our delivery schedule.”

Meanwhile, a Pfizer spokesperson said deliveries “remain on track” for the first quarter of its 40 million dose agreement with the UK, with a “steady supply of vaccines” delivered to the nation.

What effect will the reduction have?

It means no one in England under 50 will receive their first dose of the vaccine until 1 May.

Only people aged 50 or over, or those in a clinically vulnerable group, or people expecting a second jab, will be eligible.

The health secretary, Matt Hancock, told a Downing Street press conference on Wednesday he wanted to ensure “every last vulnerable person” receives a jab before moving on to the under-50s group.

Will it alter the government’s vaccination deadlines?

During his Downing Street press briefing, Mr Hancock said vaccine supply was “always lumpy,” but insisted the 15 April target for vaccinating over-50s would be met.

He went on to say that the government is still “on track” to have offered the vaccine to all adults by the end of July.

“We are committed to all adults being able to get the jab by the end of July and we are on track to deliver on that commitment,” Mr Hancock said.

A Department of Health and Social Care spokesperson said: “Health services across the UK are working tirelessly to vaccinate those most at risk and more than 25 million people have already received their first jab.

“As has been the case since the programme began, the number of vaccinations carried out over time will vary due to supply – but we remain on track to offer a first vaccine to over 50s by 15 April and all adults by 31 July.”

Could it affect the easing of lockdown?

A drop in vaccine supplies could slow the easing of lockdown restrictions, Dr Simon Clarke, associate professor in Cellular Microbiology at the University of Reading, warned.

Dr Clarke told The Independent the delays could mean many people are “disenfranchised” when England starts openening up again.

“If we end up in a situation this summer where things like travel or socialising, or going to restaurants or pubs, is contingent on having had one vaccine or maybe even completing a whole course, then that means a lot more people than have been expected are going to be disenfranchised. They are not going to be able to participate.”

The EU: Another looming threat to supply?

The UK’s successful vaccination campaign has created friction between the country and the EU, with the chief of the European Commission, Ursula von der Leyen, warning the bloc “will reflect on whether exports to countries who have higher vaccination rates than us are still proportionate”.

President von der Leyen said she wanted “reciprocity and proportionality” in exports, pointing out that 10 million doses of vaccine had gone from the EU to the UK.

Although Pfizer jabs were crossing the English Channel to the UK, AstraZeneca vaccines are not heading the other way, she indicated.

“We are still waiting for doses to come from the UK, so this is an invitation to show us that there are also doses from the UK coming to the European Union so that we have reciprocity,” she added.

Mr Hancock said the supply of vaccines to the UK from EU production facilities was “fulfilling contractual responsibilities and we fully expect those contracts to be delivered on”.

He said the UK had funded research into the Oxford/AstraZeneca vaccine and had a contract for the first 100 million doses for people in the UK.