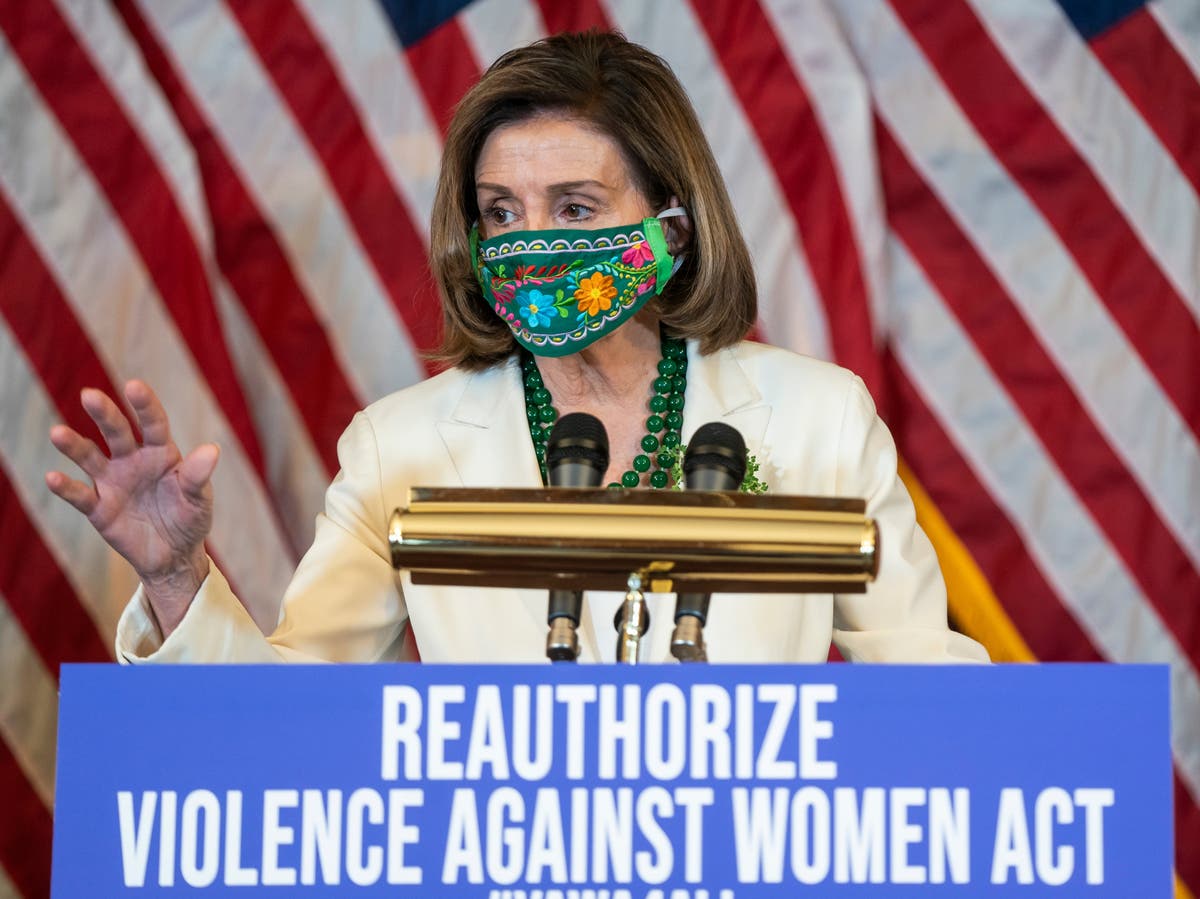 Why is the Violence Against Women Act controversial?

One of Joe Biden’s proudest legislative achievements, the Violence Against Women Act, has just been reauthorised by the House of Representatives – with 172 Republicans voting against it.

On the face of it, it seems shocking that anyone would vote down a measure specifically designed to crack down on partner violence, a scourge that wrecks millions of lives and kills people across the US, predominantly women, every year.

But the reasons why so many Republicans would vote against the bill go beyond rank partisanship, and don’t necessarily rest on simple ideas about what intimate partner violence is or what should be done about it.

First passed in 1994 and updated with new legislation several times since, the act has long faced opposition because of what it says about guns. Many Republican members of Congress object to measures in the act that stop people convicted of misdemeanour domestic abuse from owning firearms – though from the point of view of protecting those at risk of lethal violence from partners, those provisions have so far been relatively narrow.

Only this latest version of the bill closes what has become known as the “boyfriend loophole”, a gap in the federal law that meant the restriction on owning guns did not apply to current or former partners who have never lived with a victim or shared a child with them.

The idea of a federal bill limiting anyone’s access to guns sits badly with numerous Republicans, some of whom have specifically campaigned to change this language. The measures helped scotch an effort to renew the bill two years ago, which stalled in the GOP-controlled Senate; this time around, Marjorie Taylor Greene, a new congresswoman already infamous for her extreme and often bizarre views, insisted that the best defence for women at risk of partner violence was to offer them weapons training themselves.

Ms Greene also objected on a principle that’s shared by many on the right: that the bill should not extend protection to transwomen (or as the congresswoman called them, “biological men”).

“Again Democrats want to violate girls and women’s rights by destroying God’s creation, male and female,” she tweeted. “Putting biological men in women’s prisons, abuse shelters and extending them rights does NOT help biological women and girls who have been through hell.”

This particular objection has been reinvigorated lately as the right deploys matters of transgender identity and safety as a cultural wedge issue. But the act’s protections for anyone in anything but a cisgendered heterosexual relationship have always been a non-starter for many social conservatives. The fight to extend its provisions to better cover same-sex relationships was a bone of contention for years – and it was only with the reauthorisation in 2013 that the act explicitly included LGBT victims of domestic abuse in its largest grant programme.

This latest version of the act has other new features, among them sanctions on “nonconsensual pornography” – specifically establishing criminal liability for anyone who shares “private, sexually explicit or nude images” of somebody else without their consent. It also expands protections to give tribal authorities jurisdiction over “non-Indians who commit a crime in Indian country”.