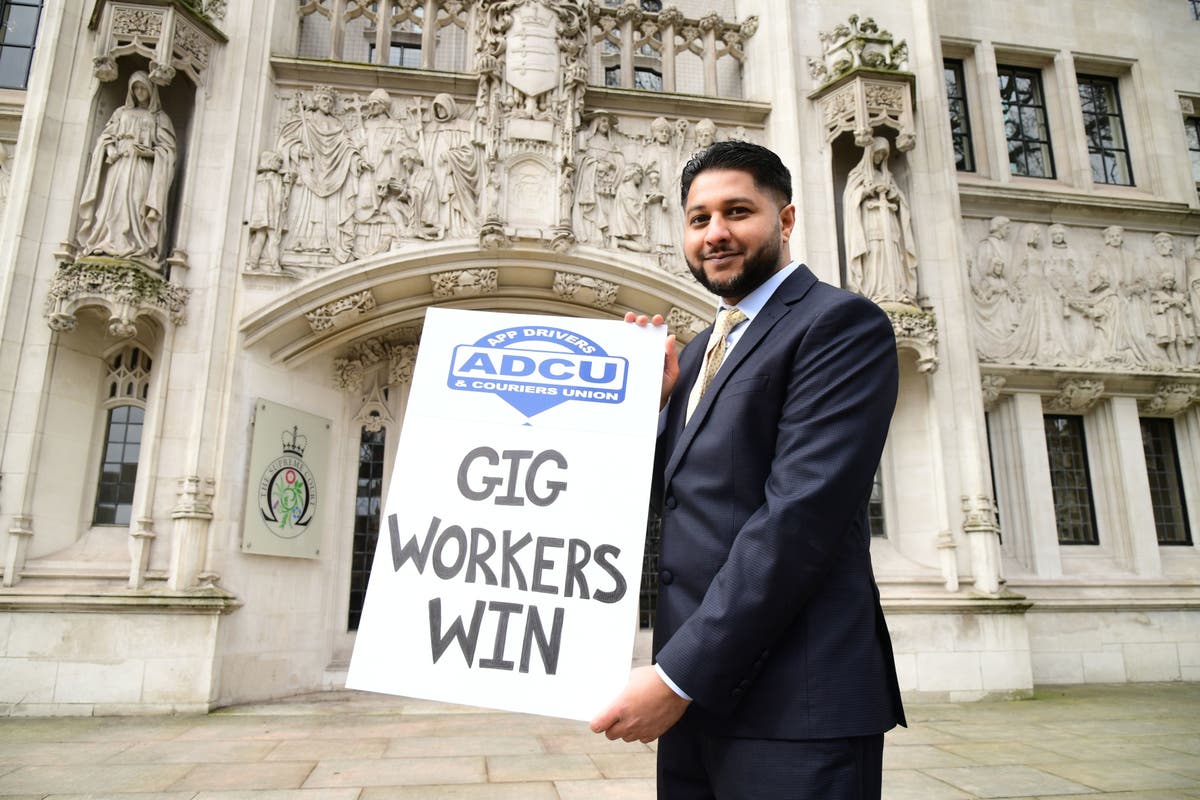 What do Uber’s changes mean for drivers and passengers?

Uber’s move to give all of its 70,000 UK drivers pensions, holiday pay and a guaranteed minimum wage is expected to be followed by similar measures by some other gig economy companies, delivering a major shake-up to the controversial world of insecure work.

The ride-hailing app has insisted that it will not put fares up but some analysts are sceptical. Others point out that Uber does not appear to have fully complied with a Supreme Court judgment handed down last month.

So what exactly has Uber changed and what does it mean for drivers, passengers and the wider issue of workers’ rights?

Drivers will be paid holiday, automatically enrolled into a pension plan and will earn at least the minimum wage, which from next month will be £8.91 per hour for people aged 23 and over.

The minimum wage payment is calculated after costs that drivers incur, which include car maintenance and insurance.

Previously Uber had classified all drivers as self-employed contractors meaning they did not have these rights but just earned a fee for each trip. On a quiet day this could sometimes mean earning less than minimum wage.

Importantly, Uber will only guarantee the minimum wage and calculate accrual of pension contributions and holiday pay when drivers are completing a job, from the moment they pick up a passenger to when they drop them off.

This is not in line with the Supreme Court’s judgment which agreed with a 2016 tribunal ruling that drivers should be classified as workers (and be entitled to the rights mentioned above) from the moment they log in to the app and are ready to work. Uber argues that drivers now have more freedom than they did in 2016 so its new terms are fair.

The point is significant because one of the complaints made by lead claimants James Farrer and Yaseen Aslam was that Uber has allowed too many drivers onto the platform, pushing fares down and leaving drivers without passengers for longer periods.

If Uber were to guarantee minimum wage from the point that drivers are ready to work rather than only the duration of trips, the company would have an incentive to keep driver numbers in line with demand.

With drivers paid only during trips, Uber has no such incentive. Drivers must bear the risk that they may be sitting, unpaid, for extended periods.

The changes do not apply to couriers for the Uber Eats food delivery platform, who are still classified as self-employed.

Paul Jennings, a partner at Bates Wells who acted for the claimants, said he was concerned that Uber is looking to “cherry-pick” aspects of the Supreme Court judgment.

“We will be poring over the detail of the proposal,” he said.

Rachel Mathieson, a senior associate at Bates Wells, said Uber may have to further change its business model to comply with the court’s ruling.

He said: “This certainly presents the picture that ride hailing and food delivery firms are less about technology, which after all is not proprietary, and more about paying workers less than the law requires for the hours they are logged on. Perhaps that is where their competitive advantage really lies.”

So has Uber complied with the Supreme Court’s ruling?

The Supreme Court’s ruling upheld a 2016 decision by the employment tribunal. It applied to the circumstances at that time and Uber has made some changes since then.

It has stopped banning drivers from being logged into rival apps or “sin binning” drivers by logging them out of the app for a period of time if they reject rides offered to them.

The removal of these restrictions would be taken into account by any future tribunal looking at whether Uber grants drivers adequate workers’ rights.

“It will probably be an uphill struggle to persuade a tribunal that waiting time under the current terms counts as working time for pay purposes,” says Russell Dann, Associate at Clarkslegal.

Now that they are classified as workers, drivers also have the option to unionise. The Trades Union Congress (TUC) has called on Uber to recognise a union so workers can bargain collectively over pay and conditions.

What does it mean for fares?

Uber has insisted that fares won’t go up but changes to drivers’ working conditions and benefits in California did see prices rise.

Given how hard Uber has fought for six years against drivers it is fair to conclude that the company had a financial interest in not offering basic employment rights.

For a services business with 70,000 workers, employment costs are one of the biggest outgoings. Uber’s share price fell 5 per cent on Wednesday indicating that investors don’t believe the positive spin and might think the company faces higher costs or lower margins – and not just in the UK.

Technically the Supreme Court’s judgment applied only to a relatively small group of drivers but Uber has accepted the inevitable and applied changes to its whole UK workforce. Employment law experts expect other companies to change their terms if they currently operate a similar model to Uber and currently classify workers as self-employed contractors.

Uber faces a large bill for back pay and compensation from drivers who had been classified as self-employed. For other companies, failing to offer the rights that come with worker status risks building up a bill to be paid at some point in the future.

0 0 0 0
Previous : Students will be able to look up exam board questions before tests, officials say
Next : Thai sniffer dogs ‘95% accurate’ at detecting Covid in human sweat, study shows