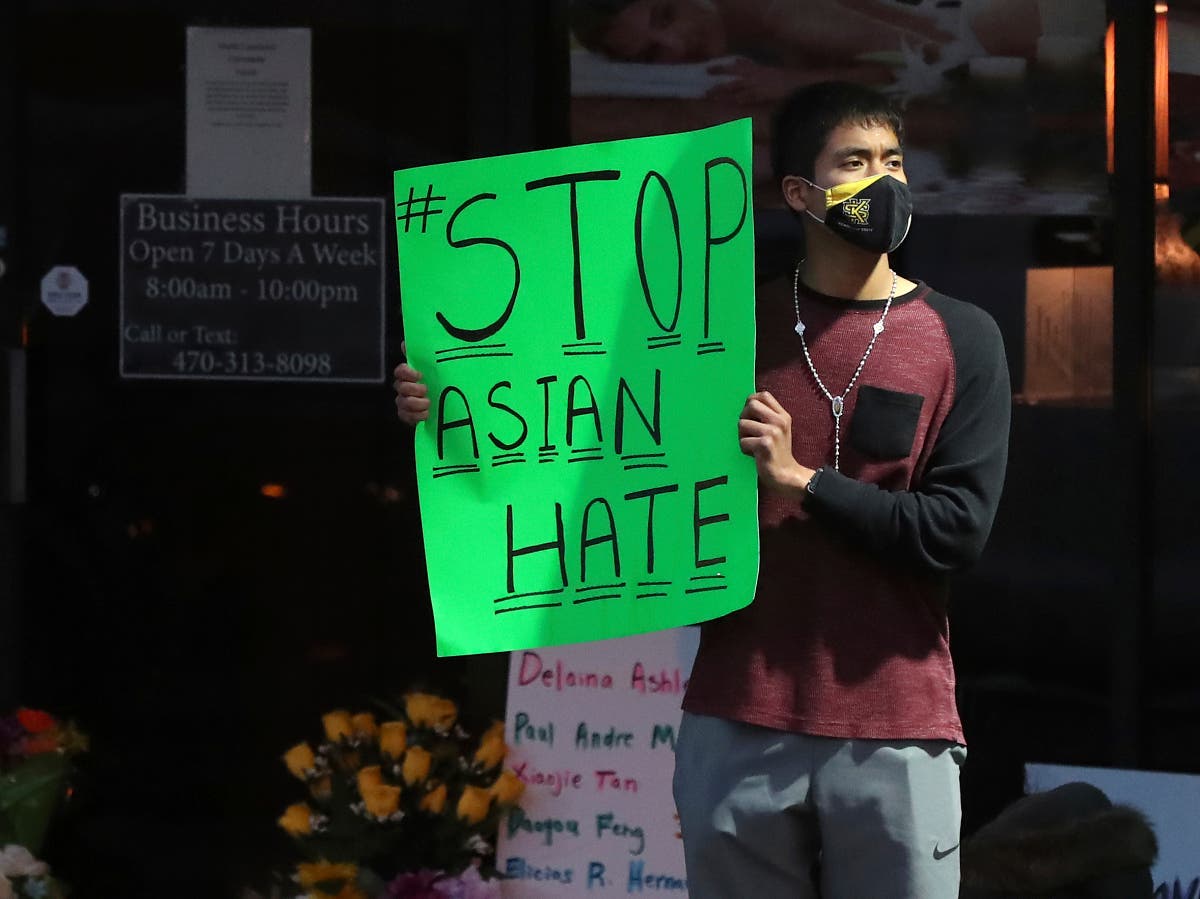 Following the shocking shootings in Atlanta earlier this week, where six Asian women were killed, historians and activists told Congress in a hearing on Thursday about the long history of violence and discrimination against Asian-Americans.

“We’ve heard in the past 24 hours many describe anti-Asian discimination as un-America,” Erika Lee, professor of professor of history and Asian-American studies, told the House judiciary committee today. “Unfortunately it is very American.”

Here are some of the most pivotal moments in this history that were discussed at the hearing:

Multiple panelists at the hearing discussed the 1982 murder of Vincent Chin, a 27-year-old Chinese-American who two white autoworkers beat to death with a baseball bat, believing he was from Japan, whose auto industry was competing with the US at the time.

His killing was significant for a number of reasons, including how it helped inspire a growing Asian-American civil rights movement—and demonstrated the limits of how much courts were willing to prosecute hate-based violence.

Ronald Ebens and Michael Nitz, the two men who beat Mr Chin, struck a plea bargain with the court, and got their second-degree murder charged reduced to manslaughter and paid a $3,000 fine. Multiple civil rights trials followed, but neither even spent any time in jail, and Mr Chin’s estate said in 2015 it was still seeking to collect millions it is owed in a civil judgment.

“Anti-Asian hate did not begin with the Covid-19 pandemic, and it will not end when the pandemic is over,” Steve House, chairman of the House’s Subcommittee on the Constitution and Civil Justice, said during his opening remarks at the hearing. “All the pandemic did was exacerbate latent anti-Asian prejudice that has a long and ugly history in America.”

During her testimony, professor Lee described how discrimination against Asian-Americans and Pacific Islanders took the form of individual incidents like lynching, as well as formal government policy, often via immigration law.

“They are not random acts perpetrated by deranged individuals,” she said. “They are an expression of our country’s long history of systemic racism against Asian-Americans and Pacific Islanders.”

She described how in Los Angeles in 1871, 17 Chinese people were “lynched” by a mob of 500 people, the “largest mass lynching in US history.”

According to the Los Angeles Public Library, the incident began when police intervened in a shooting between Chinese men in LA’s Chinatown. One officer was injured, and a civilian who assisted them, Robert Thompson, was killed. A mob of 500 people, roughly 10 percent of the city’s population, heard Chinese people had killed Mr Thompson and soon assembled and dragged the men into the street, and soon innocent bystanders were being pulled into the violence and killed.

In 1886, Ms Lee went on, a mob of 1,500 forced out all of Seattle’s Chinese residents, and attacks against South Asians, Koreans, and other groups continued well into the 1900s through Mr Chin’s death and beyond.

But it wasn’t just individual acts, she said.

“The government of this country has not just ignored this problem,” the professor added. “It has been part of the problem,” pointing to laws like the 1875 Page Act, which effectively barred entry of all Chinese women on the stereotype that they were all prostitutes, and the 1882 Chinese Exclusion Act, the first federal law singling out immigration from an entire group based on race.

Balbir Singh Sodhi and Violence After 9/11

During his introduction, representative Cohen also mentioned the killing of Balbir Singh Sodhi, an Indian immigrant who wore the turban of his Sikh faith and was murdered four days after 9/11.

On 15 September, 2001, Mr Sodhi went outside to plant flowers in front of the gas station he owned in Mesa, Arizona. Frank Roque, a local mechanic, drove by and shot him several times, mistakenly believing he was a Muslim and saying the killing was “revenge for 9/11.” The day Mr Sodhi was killed, he’d donated about $75 to a 9/11 victims fund.

Community leaders estimate at least 16 Sikh people who were killed in the direct aftermath of the 9/11 attacks, a history which has continued into the present when six were killed in a shooting at a Sikh temple in Wisconsin in 2012.

Following the shooting, Mr Roque shot at a gas station where a Lebanese man worked and the home of an Afghan family.He was initially convicted and given the death penalty, but the Arizona Supreme Court overturned it and sentenced him to life in prison without parole in 2006. Citing his low IQ and potential mental health disorder.

After 9/11, according to Ms Lee, the history professor, hate crimes against people with Middle Eastern, Muslim, and South Asian backgrounds in the US skyrocketed by 1600 per cent.

The hearing also touched on Japanese internment in the US, when the Franklin D. Roosevelt administration imprisoned 120,000 Japanese-Americans, many of them second- and third-generation in the country, without trial during WWII in desolate military internment camps across the American West.

Chairman Cohen called that legacy, “The most sweeping violation of civil rights in American history other than slavery itself.”

Representative Doris Matsui, who was born in the Potson internment camp in Arizona, spoke about her experience during the hearing.

“My parents and grandparents were among the 120,000 forced to leave their homes and businesses,” she said.

During her testimony, Ms Matsui said that comments from government officials singling out Chinese people for spreading the coronavirus, frequent from former president Trump and others, were part of this same history.

“Comments like these only build upon a legacy of racism, anti-Asian sentiment, and insensitivity that seeks to divide our nation,” she said.