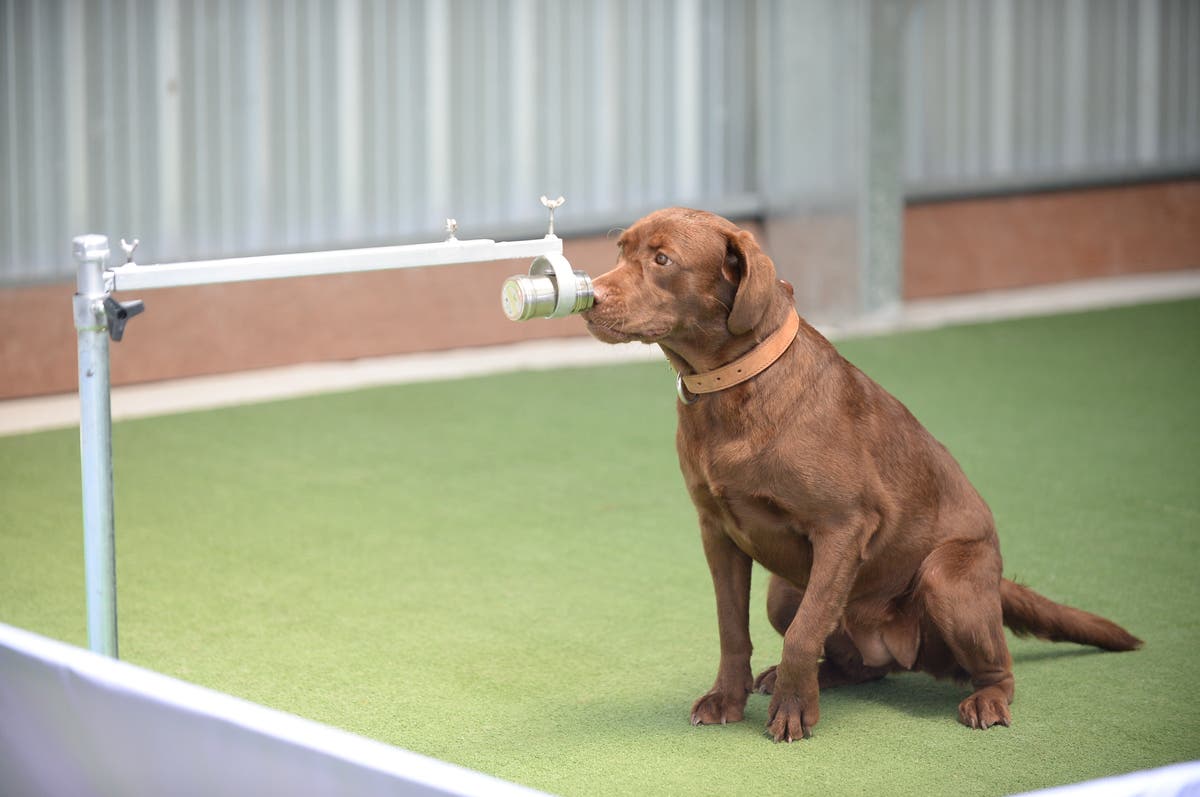 Sniffer dogs in Thailand being trained to check Covid-19 in human sweat are 95 per cent accurate in detecting the infection within seconds, according to a latest study that has raised the hopes of their services being used at busy transport hubs.

The claim was made by researchers after a six-month project involving six Labrador Retrievers who were made to test an infected patient’s sweat on a spinning wheel of six canned vessels.

Professor Kaywalee Chatdarong, who is the leader of the project, told Reuters that the “dogs take only one to two seconds to detect the virus… within a minute, they will manage to go through 60 samples.”

She explained that the dogs can detect a volatile organic compound secreted in the sweat of Covid-19 sufferers, even in the absence of disease symptoms.

Ms Chatdarong, who led the study at the veterinary faculty of Thailand’s Chulalongkorn University, stated that the dogs won’t need to directly sniff people but could screen samples of sweat, a task that should not be difficult in a tropical country such as Thailand.

“The next step is we will put them out in the field. In the future, when we send them to airports or ports, where there is an influx of commuters, they will be much faster and more precise in detecting the virus than temperature checks,” she added.

According to the World Health Organisation (WHO) data, since the start of the pandemic, Thailand has recorded 27,402 cases of COVID-19 including 88 deaths.

The southeast Asian nation, which is a popular tourist destination and whose economy is significantly driven by tourism, has administered a total of 44,963 vaccine doses till 13 March, mainly to frontline health workers.

Meanwhile, the pilot project in Thailand using dogs to detect Covid-19 infection is not the first such effort.

Over the past few months, researchers in Chile, Finland and India have also launched efforts to get sniffer dogs to detect the virus. Last month, a German veterinary clinic claimed that its sniffer dogs achieved 94 per cent detection accuracy in human saliva.

Isaac Bogoch, who is an infectious disease physician and scientist, tweeted: “More successful #Covid19-detection dogs, this time in Thailand. I hope we see more of this.”

0 0 0 0
Previous : What do Uber’s changes mean for drivers and passengers?
Next : Hancock plays down concerns over ‘significant’ disruption to Covid vaccine supply