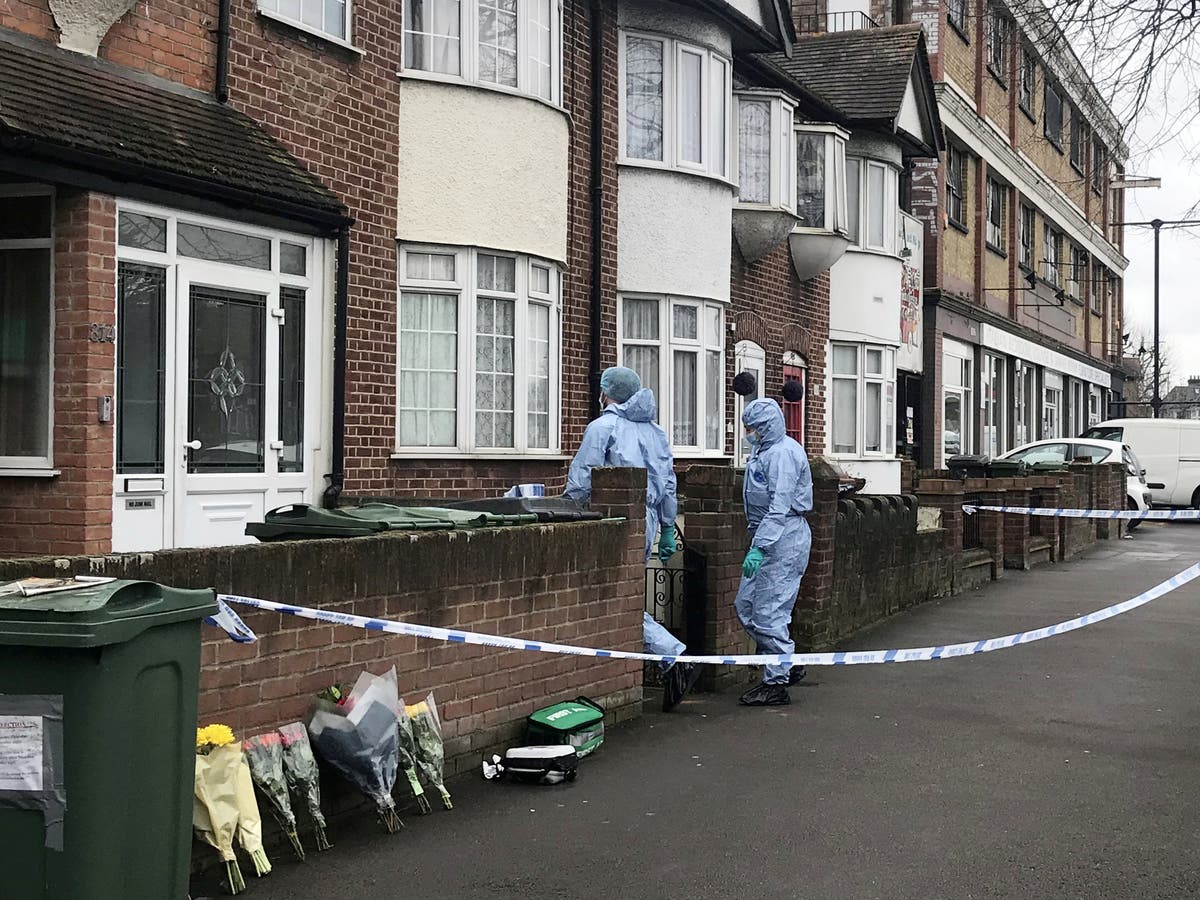 A teenage law student has been stabbed to death while reportedly defending his mother from robbers trying to steal designer jackets from their family business.

The 18-year-old, named locally as Hussain Chaudhry, is said to have “died in his mother’s arms” after being stabbed in Walthamstow, east London, on Wednesday night.

The victim was pronounced dead at the scene and a post-mortem examination will be held to determine his cause of death.

Police said a woman in her 40s and man in his 20s, reported to be the teenager’s mother and brother, were also slashed across their hands.

They were both taken to hospital for treatment but have since been discharged.

The Metropolitan Police said officers were called to the stabbing in Lea Bridge Road, near the junction with Grove Road, at about 5.20pm on Wednesday.

A murder investigation is underway but there have been no arrests.

People living nearby claimed the family was targeted because they sold designer jackets online.

One resident, who lives on the street, said: “This is all over a designer jacket, who kills over a jacket?

“The family were selling designer jackets online and two kids turned up to rob it.

“Clearly the family in the house were trying to protect themselves. They were defending themselves but the robber pulled out a knife.”

The neighbour, who did not want to be named, claimed one of the attackers was punched in the face before he “picked up a jacket and ran off with it”.

They added: “They are a good family, that’s their family home and they are not associated with any gangs.

“They donate a lot of money to the mosque and they are a respectable family within the Islamic community.”

In a statement about the killing, the local mosque named the victim as part of the Chaudry family.

A statement released by the Faizan e Islam mosque said: “It is with great sadness and heavy heart we announce that son of Zahoor Ahmed, Hussain Ahmed Chaudry, has departed from this temporary Dunya.

“May Allah elevate his status, grant him a lofty status in Jannat-ul-Firdaus and make his grave a garden from the Gardens of Paradise.”

A police spokesperson said the victim’s next of kin are being supported by specialist officers.

Detective Chief Inspector Perry Benton, from the Metropolitan Police’s Specialist Crime Command, said there would be additional officers in the area over the coming days to “help reassure the community and listen to concerns from residents”.

He added: “A young man has lost his life in tragic circumstances and my thoughts are with his family and friends at this awful time.

“The attack happened on a busy road during rush-hour and I know there would have been lots of vehicles passing at the time of the incident.

“I would ask anybody who was driving in the area to check their dash cams and local residents to review the footage on their doorbell cameras as these could hold vital information about what happened.”

To give information anonymously, call the independent charity Crimestoppers on 0800 555 111.