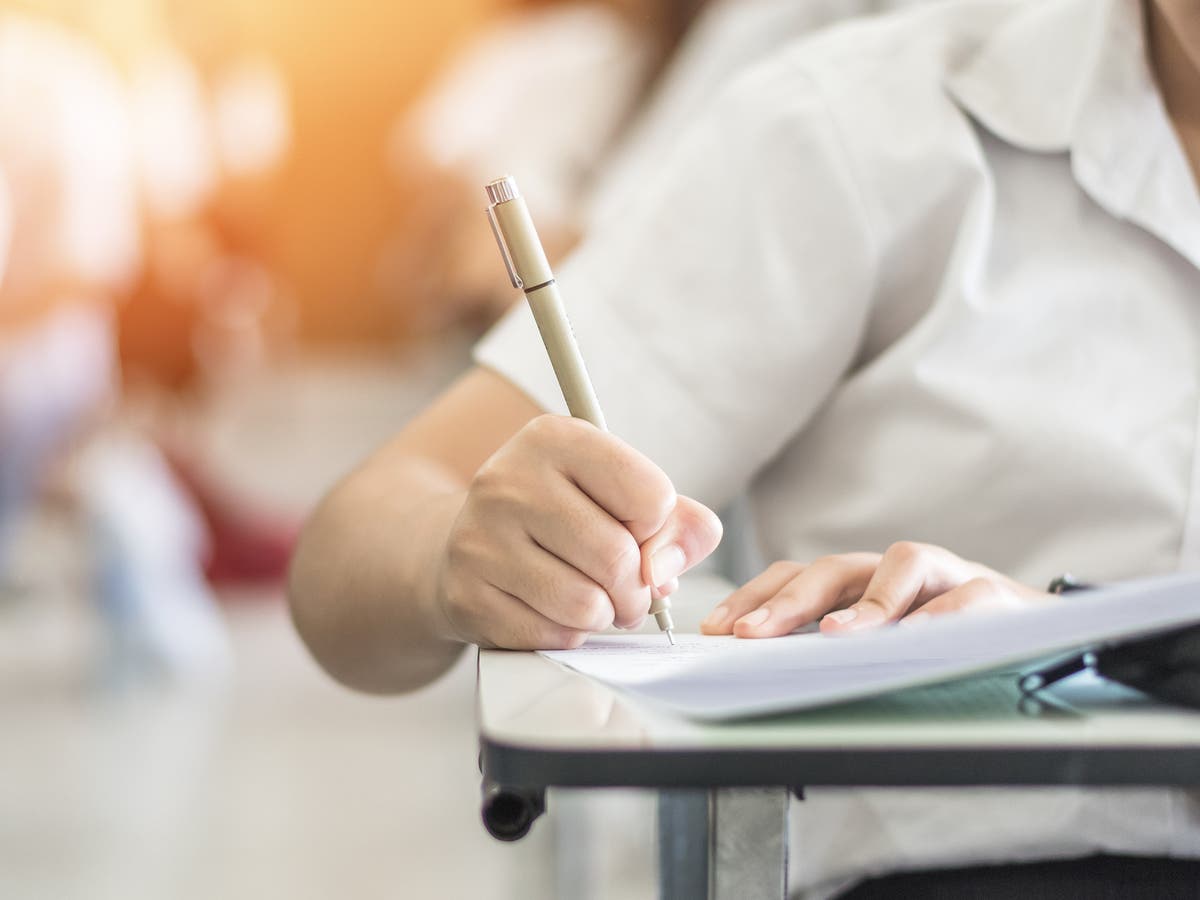 Students will be able to look up exam board questions before tests, officials say

Students will be able look up exam board materials that could be used for their grading this year in advance online, officials have confirmed.

The move has come under fire from school leaders and education experts, who have warned it could benefit more privileged students.

But Ofqual, England’s exam regulator, said the decision was taken as it would not be possible to prevent questions from being leaked once made available to teachers – which could give some pupils an “unfair advantage”.

Teacher-assessed grades will be awarded this year after exams were cancelled for the second year in a row due to disruption from the coronavirus pandemic.

Under plans, schools will be given wide flexibility in deciding how teachers form judgments, including having the option of using questions set by exam boards.

During a webinar led by the Department for Education (DfE), Ofqual and DfE officials confirmed that the assessment materials will also be published publicly online after Easter – which will allow students to access them.

Stuart Lock, chief executive of Advantage Schools in Bedford, tweeted: “If you wanted to design a system that benefits those who already have advantages from birth, you’d start by cancelling exams and end by showing candidates the assessments they will take.

He warned the system could “maximally benefit those who are privileged”.

Meanwhile, the Mathematical Association tweeted: “Seems probable that the decision to release these exam board materials openly after Easter will embed disadvantage.

“Those students with most support at home will be provided with full worked solutions to memorise.”

Sam Freedman, a former senior adviser at the DfE, added that the whole thing was a “car crash”.

In Ofqual’s joint consultation with the DfE, 66 per cent of respondents agreed that exam boards should publish all their papers shortly before the assessments to manage the risk of students being advantaged by papers being leaked.

Under plans, schools will be able to use a “range of evidence” to determine what grades teachers give to students, who will only be assessed on parts of the curriculum they have been taught, and no algorithm will be used to moderate grades like last year.

Teachers told The Independent they had doubts over the fairness of this system for students across England, as well as concerns over the potential for grade inflation.

The education secretary said exam boards will carry out checks to “root out malpractice” and insisted teacher-assessed grades will be fair.

The DfE has said schools will conduct multiple checks, such as checking consistency of judgements across teachers and that the correct processes were followed, to ensure as much fairness as possible.

An Ofqual spokesperson said: “We have decided that the materials should be published in this way because, once they have been made available to teachers it will not be possible to stop them being leaked, particularly once they start to be used.

“Some students would then have early access to the materials – giving them an unfair advantage while disadvantaging others.”

They added: “A wide range of questions will be made available by exam boards so while students will have access to them all in advance, they will not know which ones if any (as the use of exam board materials is optional) their school or college will use.”

0 0 0 0
Previous : Government insists key vaccine targets will still be met after ‘significant’ disruption to supply
Next : What do Uber’s changes mean for drivers and passengers?