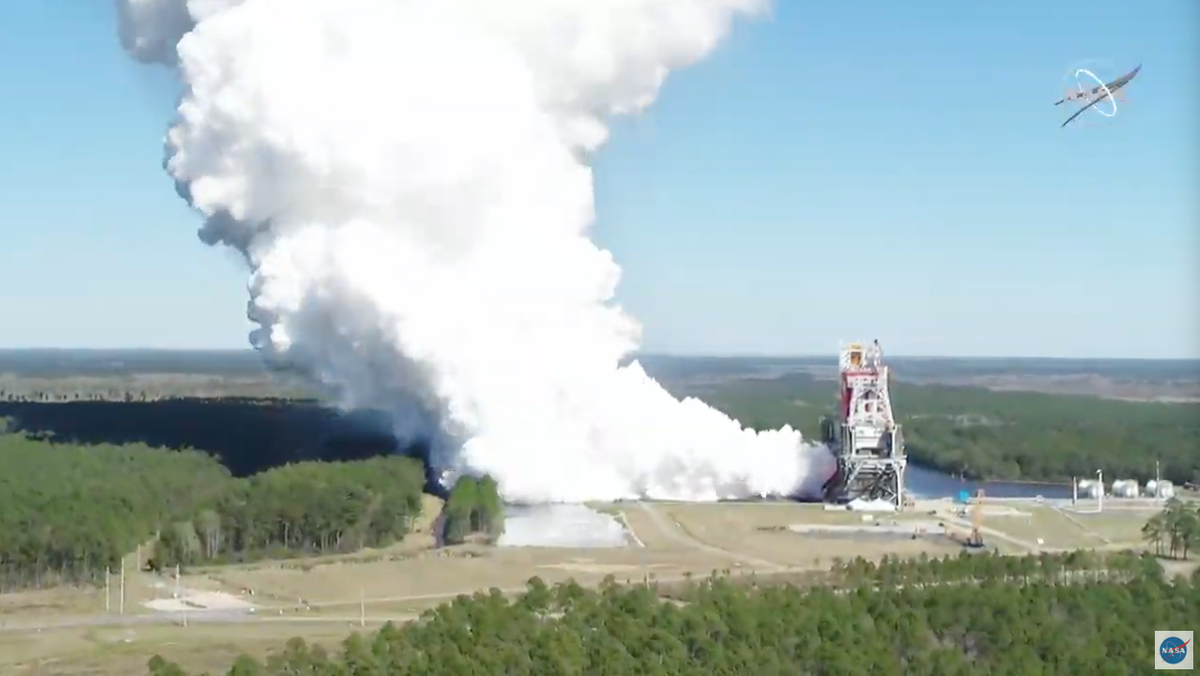 Nasa appears to have successfully carried out a test of the Boeing-designed Space Launch System, intended to put the first woman and the next man on the moon.

This is the second attempt by Nasa of a hot-fire test of the system after the first test on 16 January shut down early.

On this run through Nasa was hoping to get four minutes of data and the engines ran for more than eight minutes. There is a huge volume of data to examine, but a round of applause from the team appears to indicate success.

The hot-fire test at the Stennis Space Centre near the city of Bay St Louis, Mississippi saw engineers load more than 700,000 gallons of super-cold liquid propellant into the tanks, and fire the rocket’s four RS-25 engines.

In doing this, Nasa was able to simulate a launch, generating 1.6 million pounds of thrust, that would take Artemis 1 on a round-the-moon uncrewed mission at the end of 2021.

SLS is a heavy-lift launch vehicle capable of taking the Orion spacecraft and other cargo beyond a low Earth orbit. If the project is successful it is also likely to be used to take the first people to Mars.

Developed by Boeing, it is approximately two years behind schedule and billions of dollars over budget.

Delays in tests such as this make scheduling the uncrewed mission around the moon difficult as after passing inspection, components will then need to be shipped to Florida for the launch.

As yet there is no confirmed timetable for putting people back on the lunar surface, but the initial plan, announced during the Trump administration, proposed that Artemis 3 would launch in 2024.

The Biden administration endorsed the Artemis program in February requesting a 12 per cent funding increase to cover the project as part of its fiscal year 2021 budget.