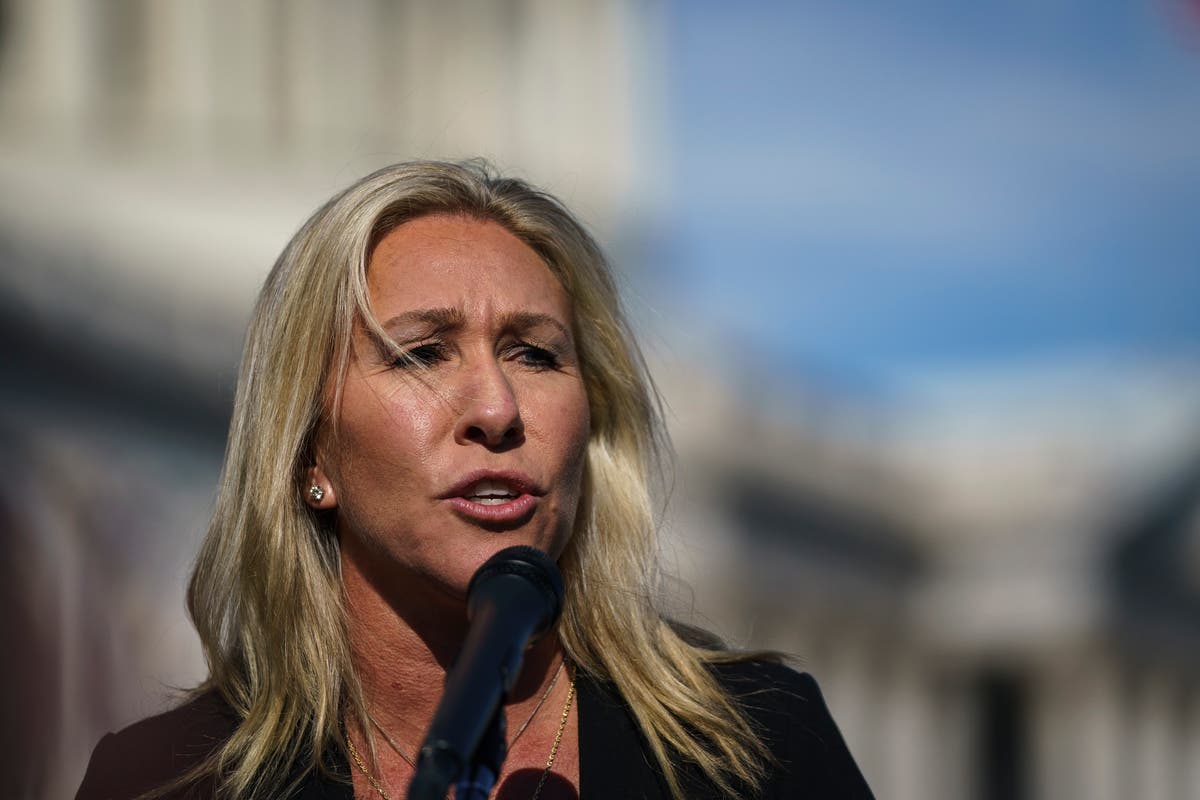 However, the Georgia lawmaker did not appear to release any statement relating to the mass shooting in her own state that took place the prior evening.

“Again Democrats want to violate girls and women’s rights by destroying God’s creation, male and female,” she tweeted from her personal account.

“Putting biological men in women’s prisons, abuse shelters and extending them rights does NOT help biological women and girls who have been through hell.”

In a separate tweet from her official congressional account, she also wrote: “The best defense for a woman who is a victim of violence is a gun.”

“Democrats REFUSED to support amendments to VAWA that would help women train and arm themselves against their abusers.”

On Tuesday evening, eight Asian American women were killed by a white man in Atlanta, Georgia.

Ms Greene’s online comments and fiery statements on the floor of House on Wednesday morning brought together a number of items of legislation at various stages in the passage towards becoming laws that relate to gender.

Namely, the Violence Against Women Reauthorisation Act of 2021, the Equal Rights Amendment that seeks to enshrine equality for women in the Constitution, and the Equality Act that aims to amend existing federal civil rights law to protect the people based on sexuality and gender identity.

In the House, Ms Greene said: “Make no mistake, Democrats want to create an authoritarian woke state where neighbours, partners, citizens and employers are afraid to do anything in order to avoid the draconian policies imposed under the guise of protecting women.”

She also accused liberals of “trying to criminalise every church in America for not following the advice of the transgender coalition of gender dysphoria” instead of going after “real abusers”.

The lawmaker named New York governor Andrew Cuomo, currently under investigation for sexual harassment and assault, as a starting point.

Voicing her opposition to the Equal Rights Amendment, Ms Greene bizarrely stated that it was designed to bring about: “Abortion on-demand up until birth and perhaps after birth.”

As Ms Greene spoke in the House, the Senate Judiciary Committee held a hearing about the Equality Act during which heartfelt appeals to assure rights for the LGBT+ community were met with concerns regarding religious freedom, youth sports, and self gender assignment leading to issues in prisons and other institutional facilities.

In her testimony, trans teenager Stella Keating implored the senators to protect her rights beyond the borders of her state and let her live her life.