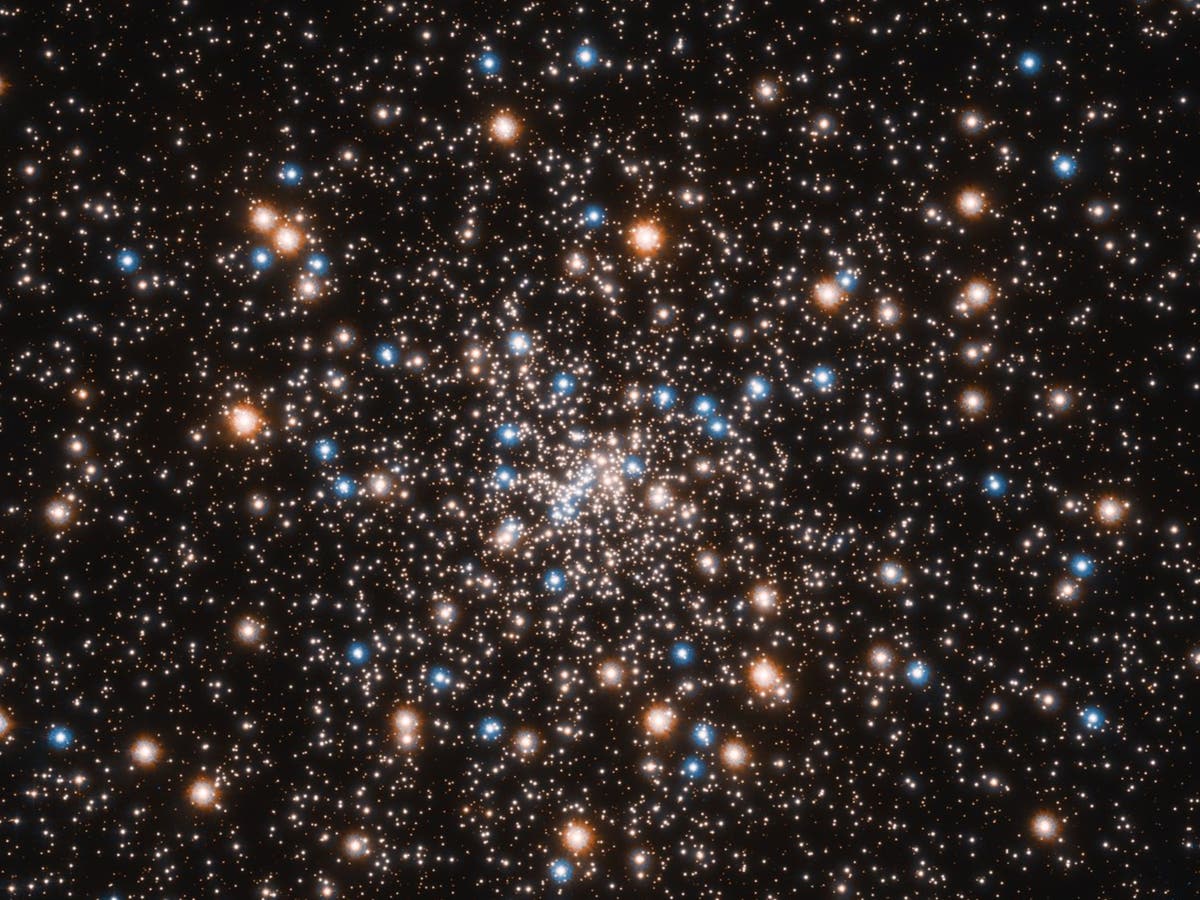 How astronomers found a nest of baby black holes

wo astronomers recently went looking for a monster black hole. They sifted through reams of data from the most powerful telescopes on and above Earth for any sign of an invisible object hundreds of times the mass of the sun in a distant cloud of stars known as NGC 6397.

Instead, they found a nest of baby monsters, as many as five dozen dark engines of annihilation, packed into a space barely larger than our own solar system, buzzing back and forth and throwing their considerable weight around in the dense core of the star cluster.

Eduardo Vitral and Gary A Mamon of the Paris Institute of Astrophysics, using data from the Hubble Space Telescope and the European Space Agency’s Gaia spacecraft, reported their results in the journal Astronomy and Astrophysics.

“We found very strong evidence for an invisible mass in the dense core of the globular cluster,” Vitral, a graduate student, says in a news release from the Space Telescope Science Institute. “But we were surprised to find that this extra mass is not ‘point-like’.”

The surprise result has given astronomers a unique and detailed look at the dynamics prevailing inside one of the most crowded places in the nearby cosmos. Their work suggests that such clusters are a likely source of the gravitational waves that have been detected by antennas like LIGO and Virgo in recent years and that originate from colliding black holes.

But the discovery raises questions about the presumed and confusing process by which small black holes, only a few times bigger than the sun, can merge and grow into behemoths that dominate the centres of galaxies and that power distant quasars.

Black holes, as predicted by Albert Einstein’s theory of general relativity, are objects with gravity so strong that not even light can escape them. Their existence was once doubted, but astronomers now agree that the universe is speckled with them, like potholes in space-time. Most are dead stars that collapsed on themselves and disappeared after burning up all their thermonuclear fuel, with masses only a few times that of the sun.

But there are other black holes, with masses of millions or billions of suns, sitting in the centres of galaxies. There seems to be a correlation between the size of a galaxy and the mass of the black hole in its heart, but nobody knows why or how such large holes are formed.

One idea is that these supermassive black holes grew from smaller, stellar-size black holes, in which case there should be black holes of intermediate masses – hundreds or thousands of suns worth – floating about, perhaps in the cores of smaller galaxies or galaxy fragments like NGC 6397. But so far these intermediate black holes are missing in action.

The cluster NGC 6397 is one of about 150 spherical clouds of ancient stars that orbit the Milky Way and perhaps predate its formation. It is 13 billion years old and contains about 250,000 stars, all of them old, small and dim. The brighter, heavier stars in the cluster burned through their lives long ago and met their fate as black holes or other products of stellar decay.

So the cluster is a likely candidate to harbour an intermediate-mass black hole. Indeed, earlier studies had suggested that a black hole of about 600 solar masses anchored the centre of NGC 6397.

To investigate that idea, Mamon and his student turned to high-resolution observations of the motions of individual stars in the cluster, obtained by the Hubble Space Telescope and Gaia. The faster the stars were moving, the greater the gravitational force, and hence more mass, must be present to hold them in the cluster.

In all, 1,905 stars from the Gaia catalogue and 7,209 stars from Hubble were appraised. As it turned out, they were indeed under the gravitational influence of an invisible mass. But rather than tightly circling a single dark point, the stars were moving every which way, suggesting that whatever dark mass was influencing them was not concentrated but extended. There was no sign of a gargantuan black hole.

“Our analysis indicated that the orbits of the stars are close to random throughout the globular cluster, rather than systematically circular or very elongated,” Mamon says.

The motions of those stars offered evidence of a dark mass equal to 1,800 suns spread across a region – a cloud within the cloud – about one-third of a light-year wide. Sharing that space are some 40,000 ordinary, luminous but very lightweight stars. According to models of stellar evolution, Mamon says, about two-thirds of this dark stuff would be black holes, with an average mass of 20 suns. The rest of the dark material would be remnants of dead stars, such as white dwarfs or neutron stars.

“This may bring the black holes to the centre in a few million years, where they merge into an intermediate-mass black hole,” Mamon says.

But that window of time is nothing compared with the 13 billion years that the cluster has existed, Mamon notes, so it would be “lucky”, to say the least, if astronomers had happened to focus on the cluster at the exact moment that this brief action was taking place. The fact that there is not an intermediate-mass black hole there by now suggests that one may never form. The sinking of the black holes toward the centre may cease as the black holes encounter too few stars to exchange energy with, and “this would prevent the formation of an IMBH”, he says.

Vitral adds: “Our discovery of this invisible concentration in a core-collapse globular cluster is surely something that makes us wonder about many ideas of intermediate-mass black hole formation!”

0 0 0 0
Previous : ‘I’m not having this briefing sidetracked’: Sturgeon clashes with journalists over Salmond allegations
Next : Why tidal power is important to Britain’s energy future