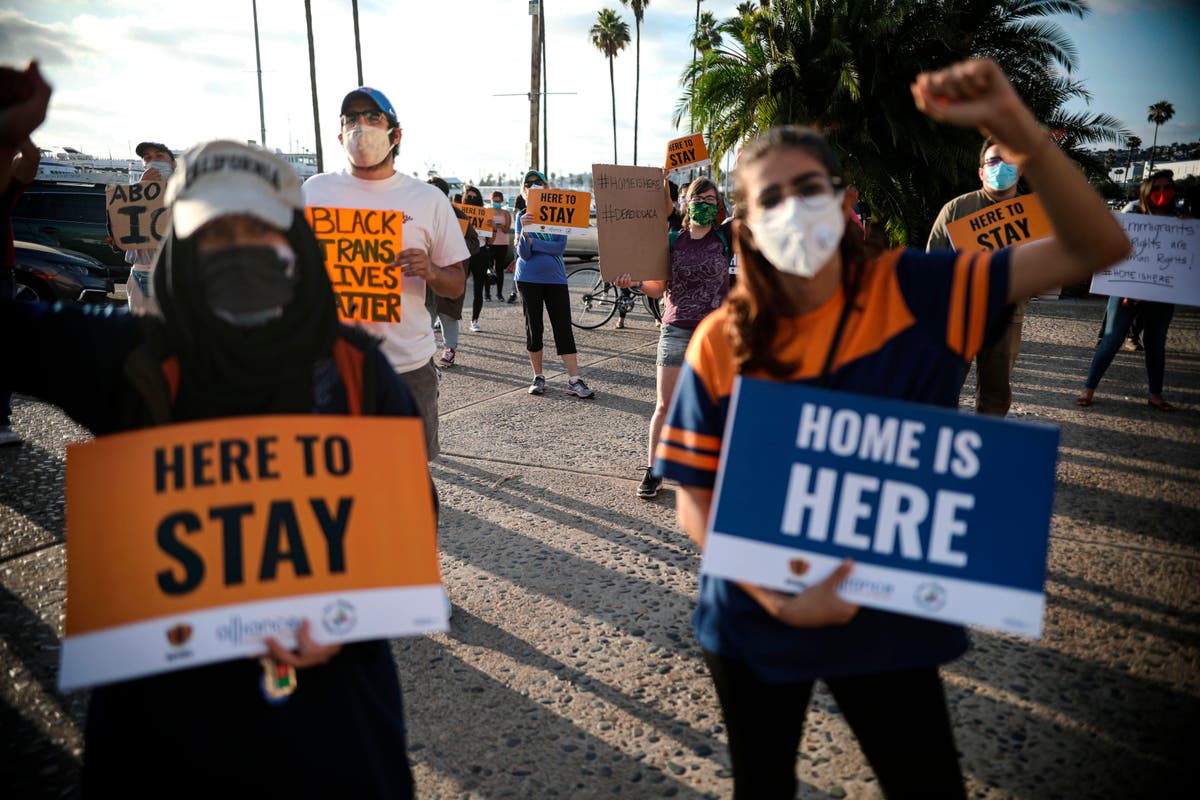 The House of Representatives has passed the so-called “Dreamers bill” that would open the path to citizenship to up to 2.5 million undocumented immigrants.

In a vote in which just 9 Republicans voted with Democrats to support the measure, the House passed the legislation 228 -197.

The move would give anywhere up to 2.5 million migrants, among them people who came to the country as children and have long been dubbed “dreamers”, the chance to become legal US citizens.

But while those who sponsored the bill celebrated its passage on Thursday, it faces a much tougher challenge to pass the Senate, and make its way in law.

“This is a very special day for us,” House Speaker Nancy Pelosi said ahead of the vote.

The fight over the rights of young people and others brought into the country without papers, has been going on at least two decades.

In 2012, Barack Obama sought to protect offer protection against deportation when he announced the Deferred Action for Childhood Arrivals (DACA) executive action.

The “Dreamer” bill passed on Thursday would grant conditional legal status for 10 years to many immigrants up to age 18 who were brought into the US illegally before this year, the Associated Press said.

It said they would have to graduate from high school or have equivalent educational credentials, not have serious criminal records and meet other conditions.

Then, attain legal permanent residence, often called a green card, they would have to obtain a higher education degree, serve in the military or be employed for at least three years. Like all others with green cards, they could then apply for citizenship after five years.

immigrant farm workers who have worked in the country illegally over the past two years — along their spouses and children — get certified agriculture worker status. That would let them remain in the US for renewable 5 1/2-year periods.

To earn green cards, they would have to pay a $1,000 fine and work for up to an additional eight years, depending on how long they have already held farm jobs.

The House approved similar versions of both bills in 2019, but they did not progress in the Republican-run Senate. As it was, neither would have received the signature of Donald Trump, who spent his four years as president campaigning against migrants.

The moves came as Republicans attacked Democrats over an increase of migrants, including thousands of unaccompanied minors, arriving at the US-Mexico border, something that has been directly linked to Joe Biden’s determination to have a more “humane” immigration policy.

As it is, authorities have been so overwhelmed by the numbers, Mr Biden has been forced to backtrack.

“I can say quite clearly: Don’t come,” Biden told ABC News in an interview aired on Tuesday. The president continued: “We’re in the process of getting set up, don’t leave your town or city or community.”

Republicans have leaped on the issue.

“We don’t know who these people are, we don’t know what their intentions are,” Georgia congressman Jody Hice, said of immigrant farm workers who might seek legal status. He added: “It’s frightening, it’s irresponsible, it’s endangering American lives.”