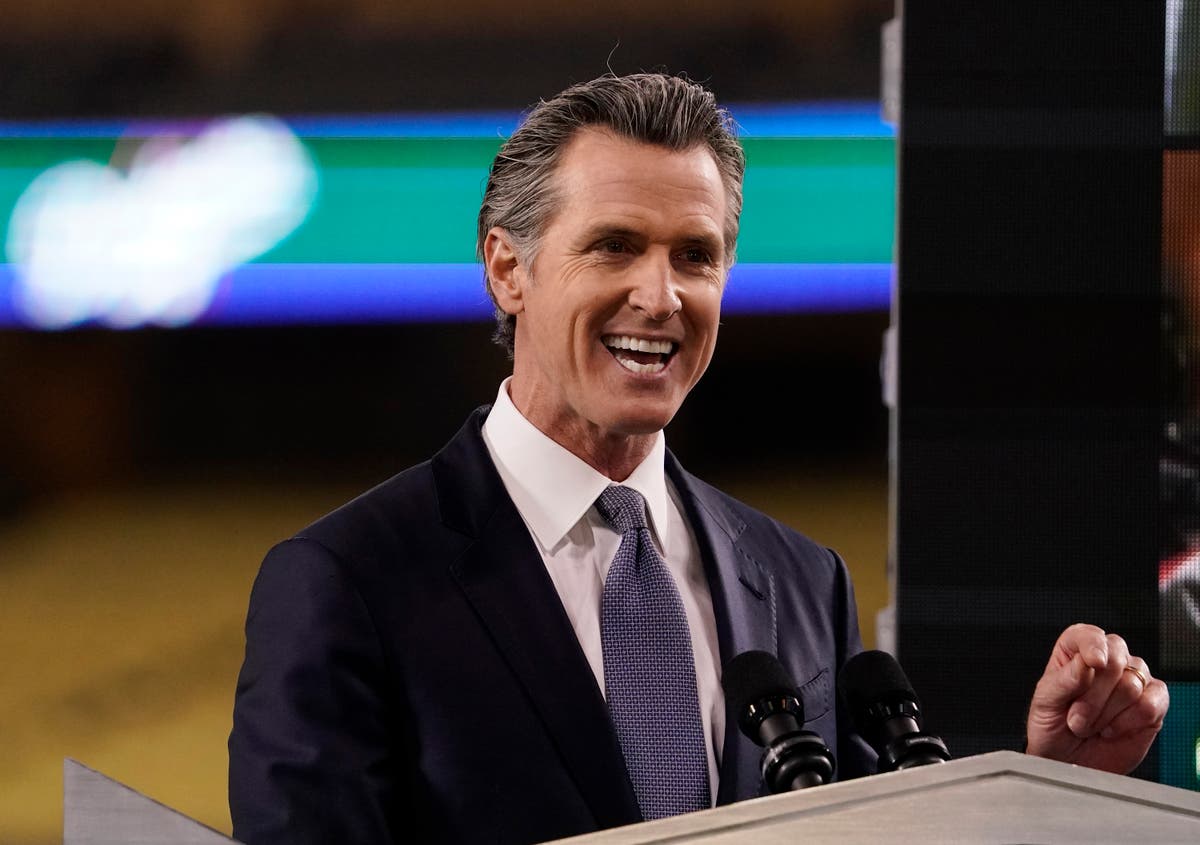 Embattled California governor Gavin Newsom sparked outrage after he called himself a “Zoom school” parent despite that his children returned to in-person classes in November at the elite Sacramento private school they attend.

The Democrat and father of four claimed that he was “living through Zoom school” but has been accused of not fully understanding the concerns of parents struggling to get through the pandemic while managing their kids’ learning environments from home.

Mr Newsom told CNN on 16 March: “I’ve been a strong advocate for safely getting our kids back in person for instruction. I have four young kids myself, I’ve been living through Zoom school and all the challenge related to it. We put out a detailed proposal to our legislature… It’s brutal.”

Parent Marcelino Valdez, founder of an organisation in Fresno working to get schools opened, told conservative outlet The Washington Free Beacon: “It’s hard for him to relate to parents like myself and the 500-plus members of our group who have kids in public school.

“He’s had his kids in private school. It’s a real lack of understanding and a lack of leadership on his part.”

Most of California’s schools are set to open in early April as Mr Newsom and state legislative leaders struck a $2bn deal in which the money will be used for grants to incentivize schools to open back up, The Sacramento Bee reported.

Mr Newsom told CNN: “One has to be mindful of the social, emotional impacts, not only of the kids but the parents themselves.

“And so, we prioritized our teachers in terms of vaccines, one of the first states to do that. Ten per cent of all our first doses going to our educators, over 400,000 now have gotten at least one shot.”

Mr Newsom visited an elementary school on Tuesday to bring attention to the progress made in bringing kids back to school but critics claim that the visit was a campaign stop as he fights his recall.

Organizers claim they have over two million signatures, more than the 1.5 million needed for an election to be called over whether Mr Newsom will get to stay in the governor’s mansion, according to The Associated Press.

Mr Newsom further said on CNN that his government had “provided $6.6 billion to deal with the issues of learning loss and to safely reopen our schools. We finally got that done.”

While Mr Newsom has admitted that some mistakes have been made in the handling of the Covid-19 pandemic, he claims that the recall effort is all about politics and not about the public health crisis.

Mr Newsom wrote in a campaign email Monday: “Let’s call it what it is: it’s a partisan, Republican recall — backed by the [Republican National Committee], anti-mask and anti-vax extremists, and pro-Trump forces who want to overturn the last election and have opposed much of what we have done to fight the pandemic,” WAMU reported.

The Independent has reached out to the office of the governor for comment.