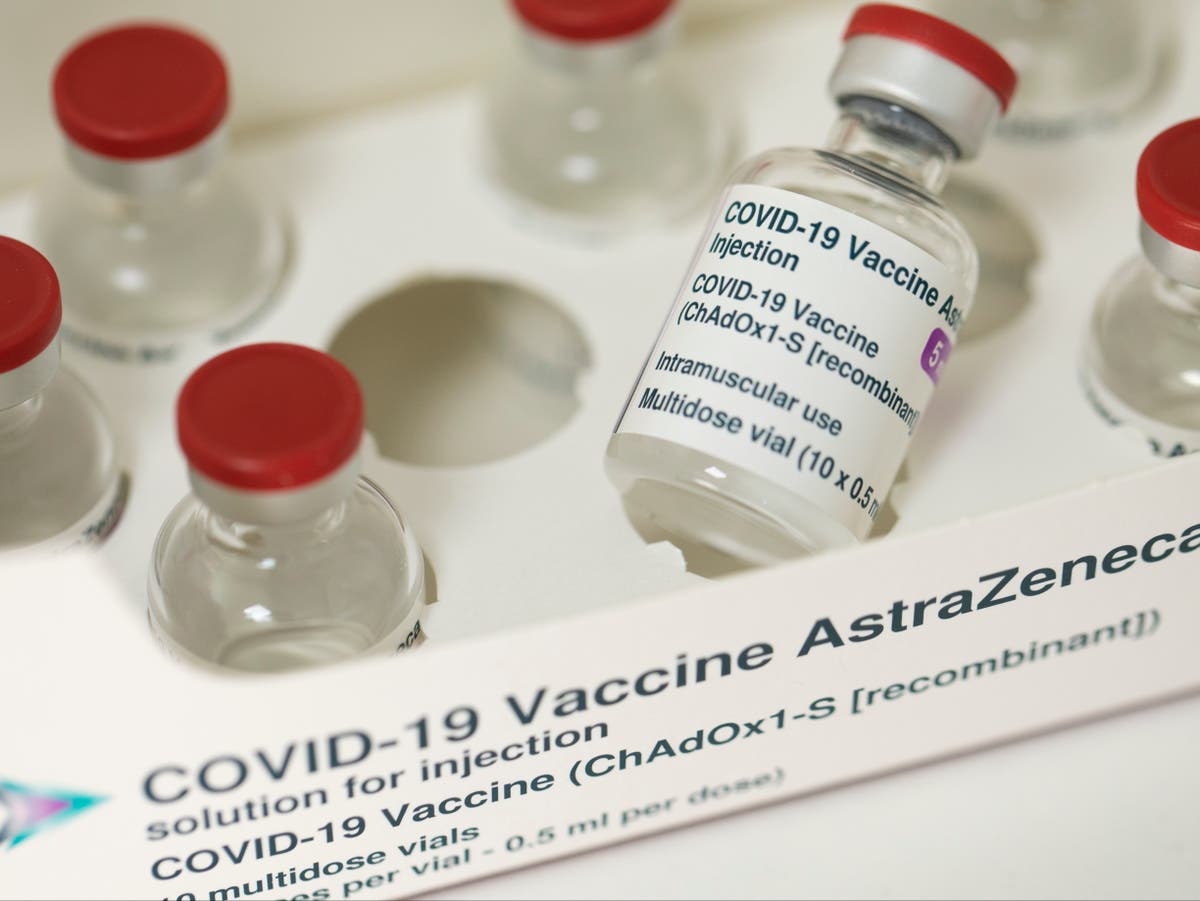 France, Italy and Germany resume use of AstraZeneca vaccine after UK and EU regulators declare it ‘safe’

The Oxford-AstraZeneca vaccine is safe and can continue to be used to inoculate people, both the UK and EU medicines regulators have concluded – a joint endorsement that is hoped to alleviate any lingering concerns around blood clots reported in some recipients of the jab.

After a week in which questions were widely raised over the safety of the vaccine, health officials from across the continent have insisted that the benefits of the jab in preventing Covid-19 far outweigh all associated risks.

Europe has found itself divided over the vaccine – just weeks after many nations refused to administer the jab to their over-65s. Germany, Spain, France and others all paused their rollouts as a result of the reported blood clots, launching investigations into the cases, while Britain, Belgium and Greece have continued to administer doses.

But now that the European Medicines Agency (EMA) has given its backing to the continued use of the vaccine, many governments in Europe are to lift their suspensions, with Italy, France and Germany making clear their intentions to restart distribution of the jab as early as Friday. Spain, Portugal and the Netherlands said they would follow suit next week, although Spain said it could exclude certain groups.

On the same day that Boris Johnson confirmed he would be receiving a first dose of the AstraZeneca vaccine, the UK’s Medicines and Healthcare products Regulatory Agency (MHRA) said it had found no evidence of a link between the jab and reported blood clots.

“The available evidence does not suggest that blood clots in veins (venous thromboembolism) are caused by Covid-19 Vaccine AstraZeneca,” the MHRA said.

The PM also announced during Thursday’s press briefing that Britain’s roadmap out of lockdown won’t change in the coming months, despite admitting that the UK will receive fewer vaccines than initially expected next month.

He said the Indian government was not behind the supply delay, as had been previously suggested, but explained it was due to “various technical issues” related to a batch being manufactured by the pharmaceutical firm Serum Institute of India.

Nonetheless, Mr Johnson said: “The supply we do have will still enable us to hit the targets we have set.

“That means by 15 April we will be able to offer a first dose to all of you who are over 50 as well as those who are under 50 who are clinically vulnerable.

“So there is no change to the next steps of the roadmap.”

Sources inside the Serum Institute of India have denied the company is responsible for the shortfall in supplies, which is understood to amount to 4 million doses.

A source with knowledge of the matter told The Independent “there was no specific timeframe” for the next order to be sent to the UK, so “there’s no question of it being delayed”.

Five million doses have already been sent to the UK from the Serum Institute, the source confirmed, adding: “And the remaining will be sent soon.”

The Department of Health and Social Care declined to respond to the Serum Institute’s comments.

Earlier on Thursday, Matt Hancock said Britain’s rollout was also being hampered by the need to retest the stability of a further 1.7 million doses.

“Events like this are to be expected in a manufacturing endeavour of this complexity and this shows the rigour of our safety checks,” he told the House of Commons.

Jonathan Ashworth, Labour’s shadow health secretary, said the public will be “worried, anxious and disappointed” at news of disruption to vaccine supplies.

Mr Ashworth demanded an “absolute guarantee” from the government that all 11 million people who received their first dose between January and February will get their second jab within the required 12 weeks.

Despite the delays, the latest government data showed that more than 25.7 million people in the UK have now received a first vaccine dose, while 1.8 million have now been fully immunised with two jabs.

According to separate figures from the NHS, one in five people in England aged 80 and over had probably received both doses as of 14 March.

But Professor Chris Whitty, England’s chief medical officer, warned on Thursday that Covid-19 was still a “common disease” that was “dangerous” for many people.

“I think it’s important to remind people that at this point in time we’re still in a situation where the Office for National Statistics think that one in 270 people have got Covid,” he said. “It is a very dangerous disease for many people.”

Both he and the PM urged people to continue accepting the AstraZeneca vaccine following reports that some patients have started to reject the jab, instead requesting a first dose of the Pfizer candidate.

Professor Andrew Pollard, chief investigator on the Oxford Vaccine Trial, welcomed the findings of the safety reviews conducted by the MHRA and EMA.

The MHRA also announced that it was investigating an “extremely rare” type of blood clotting within the brain for five people in the UK who received the vaccine, though no causal link has been made to the jab.

These “thromboembolic events” have also been recorded in Germany and Norway, both of which have suspended use of the vaccine amid ongoing reviews.

The MHRA intends to closely assess five reports of men aged 19 to 59 who experienced a clot in their cerebral veins together with lowered blood platelet counts. One of the five has since died.

The regulator said it was looking at the cases but stressed the events are very uncommon and there was a possibility they could have been caused by Covid itself.

“A further, detailed review into five UK reports of a very rare and specific type of blood clot in the cerebral veins (sinus vein thrombosis) occurring together with lowered platelets (thrombocytopenia) is ongoing.”

While this condition has so far been reported at a rate of less than one case per 1 million vaccinated people, the risk of dying from Covid-19 for those aged 40 to 49 is one in 1,000, the MHRA said.

She said: “Vaccine safety is paramount and we welcome the regulators’ decisions which affirm the overwhelming benefit of our vaccine in stopping the pandemic.

“We trust that, after the regulators’ careful decisions, vaccinations can once again resume across Europe.”