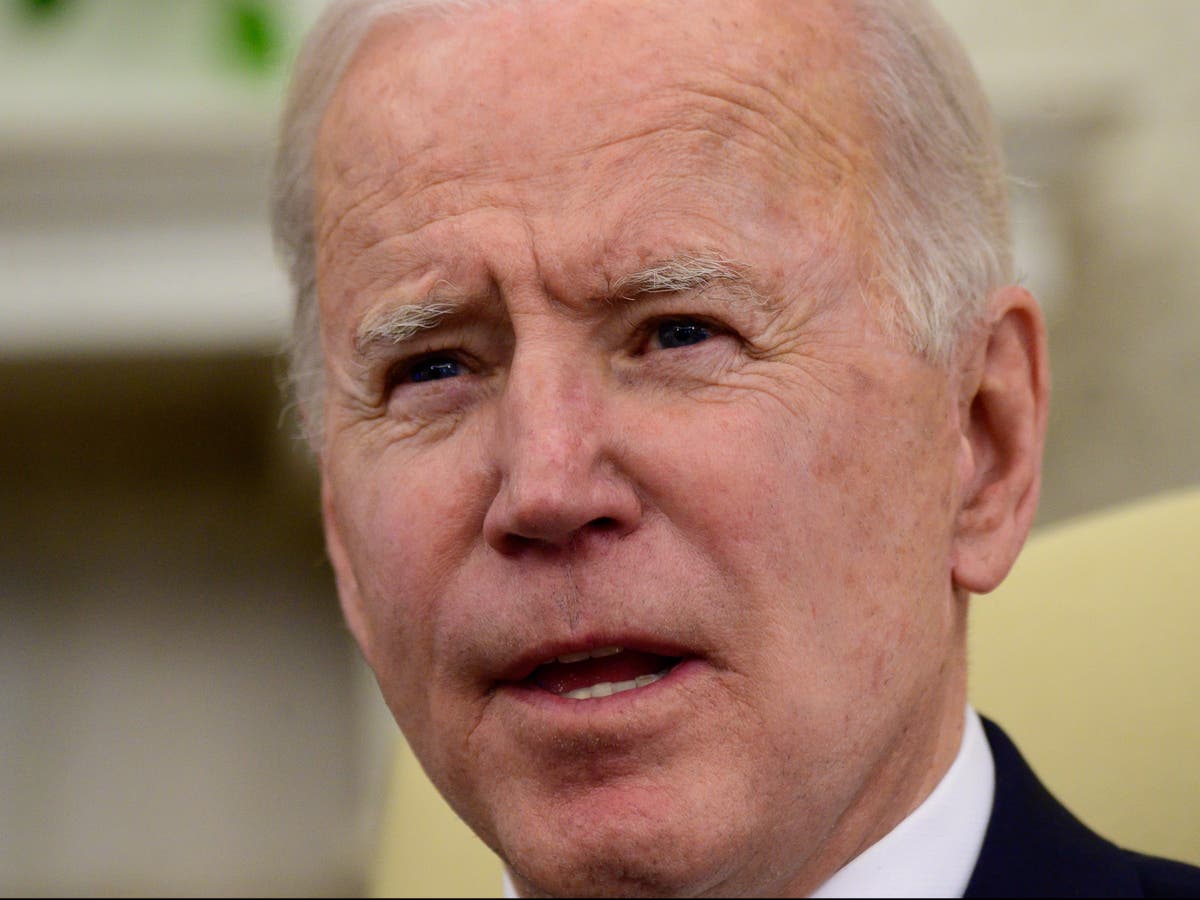 Biden says he believes Putin is a ‘killer’

The report suggested the loss came amid continued impact of the coronavirus pandemic on Mr Trump’s hotels alongside a negative backlash from the 6 January insurrection, which hurt relationships with brokers and lenders.

Meanwhile, the current administration is set to face a new test in their increasingly troubled relations with China when top officials from both countries meet in Alaska today.

The meeting presents an initial opportunity to address intense disagreements over trade and human rights in Tibet, Hong Kong and the western Xinjiang region, as well as the coronavirus pandemic.

Tensions are also running high between President Joe Biden and Vladimir Putin after Mr Biden branded Mr Putin a “killer” in an interview earlier this week.

Russia called its US ambassador Anatoly Antonov back home on Wednesday for consultations following the remarks and a senior Russian lawmaker has said the country wants an apology for the comments.

The Kremlin has not yet responded publicly to Mr Biden’s comments, but is thought to be likely to do so today.

Russia wants an apology from the US, Russian lawmaker says

Russia on Wednesday said it was recalling its ambassador to the United States for urgent consultations over the future of US-Russia ties following the comments on Tuesday.

Mr Kosachyov said Moscow’s recall of its ambassador was the only reasonable step to take in the circumstances.

“I suspect it will not be the last one if no explanation or apology follows from the American side,” Mr Kosachyov said in a Facebook post.

“This kind of assessment is not allowed from the mouth of a statesman of such a rank. This kind of statement is not acceptable under any circumstances,” he added, calling it a watershed moment in US-Russia ties.

Russia calls back US ambassador as Biden brands Putin a ‘killer’

Russia has called its US ambassador Anatoly Antonov back home for consultations as Moscow mulls avoiding what its foreign ministry called an “irreversible degradation” of relations with America.

Tensions between the two nations are high, following recently declassified reports on Russia’s suspected attempts to interfere in the 2020 election, US condemnation over the poisoning of Russian opposition leader Alexey Navalny, and Joe Biden calling Vladimir Putin a “killer” in a recent interview.

A report has suggested the substantial loss came amid continued impact of the coronavirus pandemic on Mr Trump’s hotels and properties, alongside a negative backlash from the 6 January insurrection, which hurt relationships with brokers and lenders.

The former president has at least $590 million in loans come due in the next four years, the report said, and is facing a “triple whammy” from the pandemic, the riot and an aging portfolio of properties.

Ruth Colp-Haber, who runs office consultant Wharton Property Advisors told the outlet: “These are the businesses you don’t want to be in right now.”

The Independent has contacted the Trump organisation for comment. The company declined to comment when contacted by Bloomberg.

Good morning and welcome to The Independent’s live coverage of all the latest news from the White House and beyond in US politics.

0 0 0 0
Previous : Centralisation of power and destruction of local government – Ryde town councillor post on Facebook on what they don’t want you to know
Next : Why is there a vaccine supply problem?