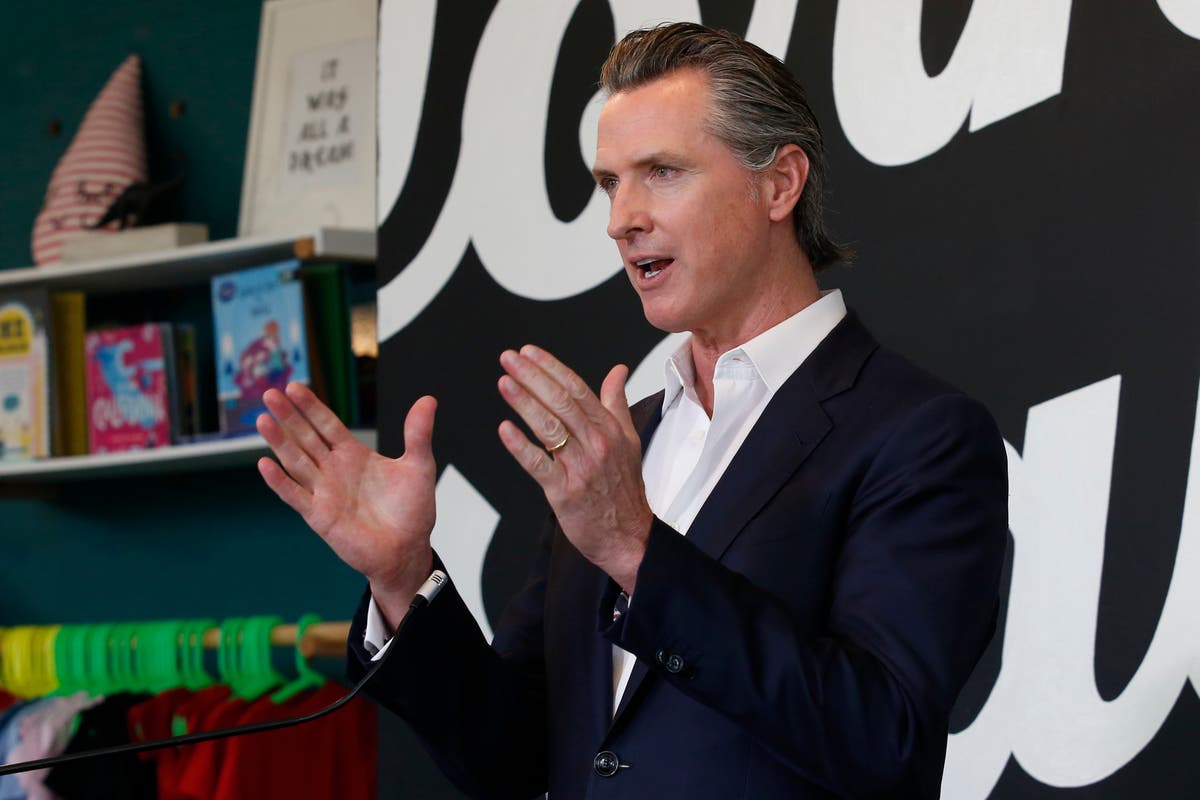 California Gov. Gavin Newsom acknowledged mistakes in communicating with the public last year before the first loosening of coronavirus restrictions led to an early summer spike in cases, a harsh lesson “that we reflect upon all the time” as the nation’s most populous state again embarks on a broad reopening.

The Democratic governor also said he expects to soon expand the list of people eligible for vaccinations and asserted he was right to call the organizers of a recall effort against him partisan extremists.

Newsom spoke to The Associated Press on Thursday, a day before the one-year anniversary of his first-in-the-nation stay-at-home order that required California’s nearly 40 million people to lock down except for essential work. The state has recorded more than 3.5 million virus cases and nearly 56,000 deaths, both the largest totals in the country.

California’s initial order lasted about seven weeks before Newsom began loosening the rules as the state avoided a huge surge in cases. What began as limited reopenings quickly snowballed, with counties given the go ahead to allow restaurant dining, church services and other indoor activities and businesses. Even bars were given the go-ahead by mid-June, around the time Newsom imposed a mask mandate.

“We were communicating with counties and businesses and sectors and industries, not with the public, what that modification meant and what it didn’t mean,” he said. “And in hindsight, clearly, we could have done a much better job by informing the public what those modifications meant.”

By July 4, infections and hospitalizations were rising and Newsom ordered some businesses shut and implored residents not to gather for typical Independence Day festivities.

Cases subsided in late summer and into fall, then the deadliest surge arrived after Thanksgiving and peaked in early January. Cases have fallen dramatically since then.

Newsom said his administration took the lessons from the spike to move to a more understandable color-coded reopening system. It goes from the most-restrictive purple tier to the least-restrictive yellow, and counties move through it based on case rates, testing and an equity-based metric.

While people can go online to see what tier their county is in and what’s open, some local officials and members of the public still find it confusing. In recent weeks, Newsom has changed the metrics for leaving the purple tier and altered how schools, bars and other businesses can operate in each tier.

California is again in the midst of a broad reopening, with theme parks and baseball stadiums cleared to open next month, most counties now allowing indoor dining and many more schools preparing to bring students back to classrooms.

The administration now is planning for a “green tier” that would end many restrictions altogether. Newsom said he expects to reach that level “sooner than most people believe” but declined to be specific.

However, he also expressed concern about reaching herd immunity due to virus mutations and the large number of people who say they won’t get vaccinated. He wouldn’t give a timeline for lifting the state of emergency that’s been in place since March 4, 2020, and has allowed him to unilaterally impose sweeping policies.

The rapid pace of reopening is driven by an increase in vaccinations, with California now having administered more than 13 million doses. Eligible groups include people 65 and older; those 16 to 64 with certain health conditions; teachers; farmworkers and food service workers; emergency service workers; and health care workers.

Newsom said the state will be able to give out 3 million vaccinations per week by April 1 and 4 million per week by May 1. If the federal supply comes through, California should be in position to open vaccinations to all adults by May 1, as President Joe Biden recently said should happen.

Last week, state Health Secretary Dr. Mark Ghaly said the state didn’t expect to make any other groups eligible between now and then to maintain the focus on vaccinating the most vulnerable people. But Newsom said “in the next week or so” he’ll make an announcement about expanded eligibility.

Newsom and spokespeople for the California Department of Public Health declined to provide details.

Newsom has shifted to campaign footing this week, tacit affirmation that he will face a recall, driven by his handling of the pandemic. On Monday he created a political committee to fight the effort, allowing him to raise unlimited funds. An election would likely come in the fall.

He has blasted the recall as a partisan effort led by supporters of former President Donald Trump and members of extremist groups. But recall organizers say their ranks include people of all parties frustrated by Newsom’s virus restrictions, though they say the majority of petition signers are Republicans.

Asked if his framing of the recall ignored the perspectives of non-partisans who have had their lives and livelihoods upended, Newsom said he understands their frustrations but noted the recall is backed by numerous major Republican donors, including the national party.

“I thought it was right that we highlighted that,” he said.