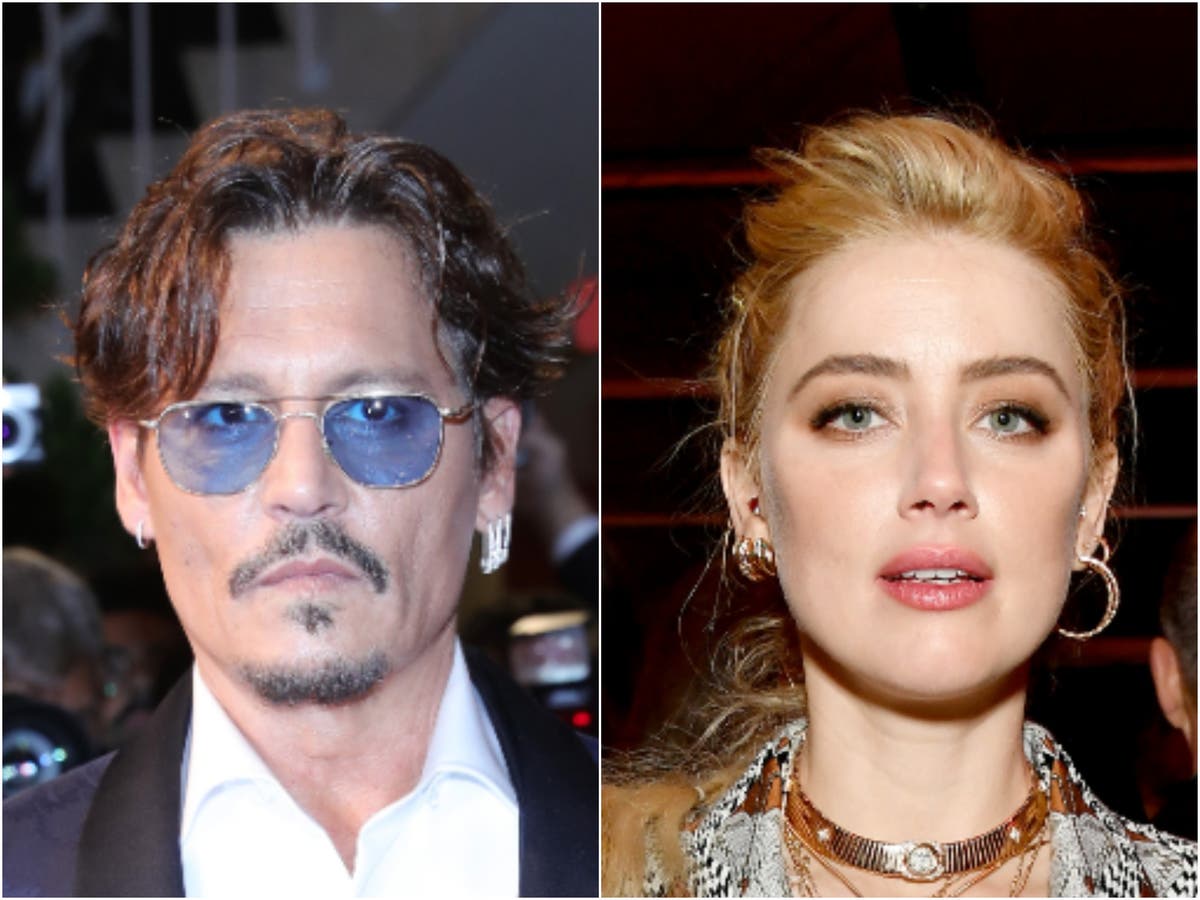 Johnny Depp’s lawyers have accused his ex-wife Amber Heard of a “calculated and manipulative lie” after she claimed she gave her $7 million (£5.5 million) divorce settlement to charity.

The Pirates of the Caribbean star is attempting to overturn a damning High Court ruling that he assaulted Ms Heard multiple times and put her in “fear for her life”.

He is also asking the Court of Appeal to order a retrial of his libel claim against The Sun, which in April 2018 published a column calling Mr Depp a “wife beater”.

Mr Justice Nicol ruled in July last year that Mr Depp, 57, assaulted his ex-wife on a dozen occasions and put her in “fear for her life” three times.

The judge found that The Sun column was “substantially true”.

But Mr Depp claims he “did not receive a fair trial” and is applying for permission to appeal against the ruling at the Royal Courts of Justice in London on Thursday.

Andrew Caldecott QC, representing Mr Depp, applied for permission to rely on “fresh evidence” that Ms Heard did not donate her divorce settlement to charity as she claimed she would.

After the couple divorced in 2016, Ms Heard said she would divide the settlement money between the Children’s Hospital Los Angeles and the American Civil Liberties Union (ACLU).

But Mr Caldecott said the hospital wrote to Mr Depp’s business adviser in 2019 to say Ms Heard had not made “any payments”.

In written submissions, Mr Caldecott said the pledges “strengthened Ms Heard’s credit in an exceptional way” but added that they were a “calculated and manipulative lie, designed to achieve a potent favourable impression from the outset”.

In November, Mr Justice Nicol rejected Mr Depp’s contention that Ms Heard was a “gold-digger”, saying in his ruling: “Her donation of the $7 million to charity is hardly the act one would expect of a gold-digger.”

Mr Caldecott argued that the if “the truth about the charity claim emerged at the trial, it would have materially affected Mr Justice Nicol’s consideration of Ms Heard’s evidence as a whole”.

He said: “The evidence presented a wholly exceptional act of philanthropy, which would have deeply impressed any reasonable person.

“Her public statements expressly stated that the ACLU donation had victims of domestic violence specifically in mind.

“The subliminal message of the charity claim was in any event clear: Ms Heard would not wish to keep any of Mr Depp’s money, because he had subjected her to serious violence.

“The evidence presented, and was obviously intended to present, her in the strongest terms as both virtuous and a victim.”

Mr Caldecott said Mr Depp “had his suspicions about Ms Heard’s evidence” at the time of the trial, “but he had no evidence to support them”.

The barrister added: “Ms Heard took every available step to suppress the evidence.”

But, he said, “the evidence is not ‘fresh’ at all, since it could have been obtained with reasonable diligence for (the) trial”.

Mr Wolanski added: “The ‘fresh’ evidence – which the respondents accept is apparently credible insofar as it shows that Ms Heard has not yet finished making her pledged payments to the charities – only goes to a highly peripheral and unpleaded matter and is of no relevance to the pleaded issues, i.e. the 14 assaults, that Mr Justice Nicol had to decide.

“The evidence would have had no impact on Ms Heard’s credibility had it been before the trial judge, since it does not demonstrate that Ms Heard or any of the respondents’ witnesses lied.”

She told the court: “The application to admit the evidence should therefore be refused … (and) the application for permission to appeal should be dismissed.”

Mr Depp sued NGN in June 2018 over the column by the newspaper’s executive editor Dan Wootton, which referred to “overwhelming evidence” he attacked Ms Heard.

In his judgment, Mr Justice Nicol concluded that 12 of the 14 alleged incidents of domestic violence relied on by NGN in its defence of the actor’s claim did occur.

The judge also found Mr Depp put Ms Heard in “fear for her life” on three occasions, including one the actress described as a “three-day hostage situation” in Australia in March 2015.

But Mr Depp’s legal team claims Mr Justice Nicol “failed to examine the competing accounts of each incident, or to explain whether he found them proved and, if so, on what basis”.

They also argue “the judge should have analysed the extent to which Ms Heard’s evidence undermined her credibility in relation to her allegations of physical assault/injury”.

Just days after the ruling in November, Mr Depp announced he had been asked by Warner Brothers to resign from his role in the Harry Potter spin-off franchise FantasticBeasts – the very role which prompted Mr Wootton to ask how JK Rowling could be “genuinely happy” Mr Depp was cast in the film.

Mr Depp is embroiled in a separate libel battle in the US, having sued Ms Heard personally over a 2018 Washington Post opinion piece in which she claimed to be a victim of domestic abuse but did not mention the actor by name.

Mr Wolanski said the actor brought the application to appeal the High Court ruling to promote his position in the US trial “by continuing publicly to denigrate the supposedly “inequitable” English legal process, at least until after the US trial has concluded”.

The actor’s US$50 million (£35 million) US case against Ms Heard was recently delayed until April 2022.

The Court of Appeal hearing, which is being livestreamed on the court’s YouTube channel, is due to conclude on Thursday.

It is yet not known if Lord Justice Underhill and Lord Justice Dingemans will give a ruling on Thursday, or reserve their decision to a later date.