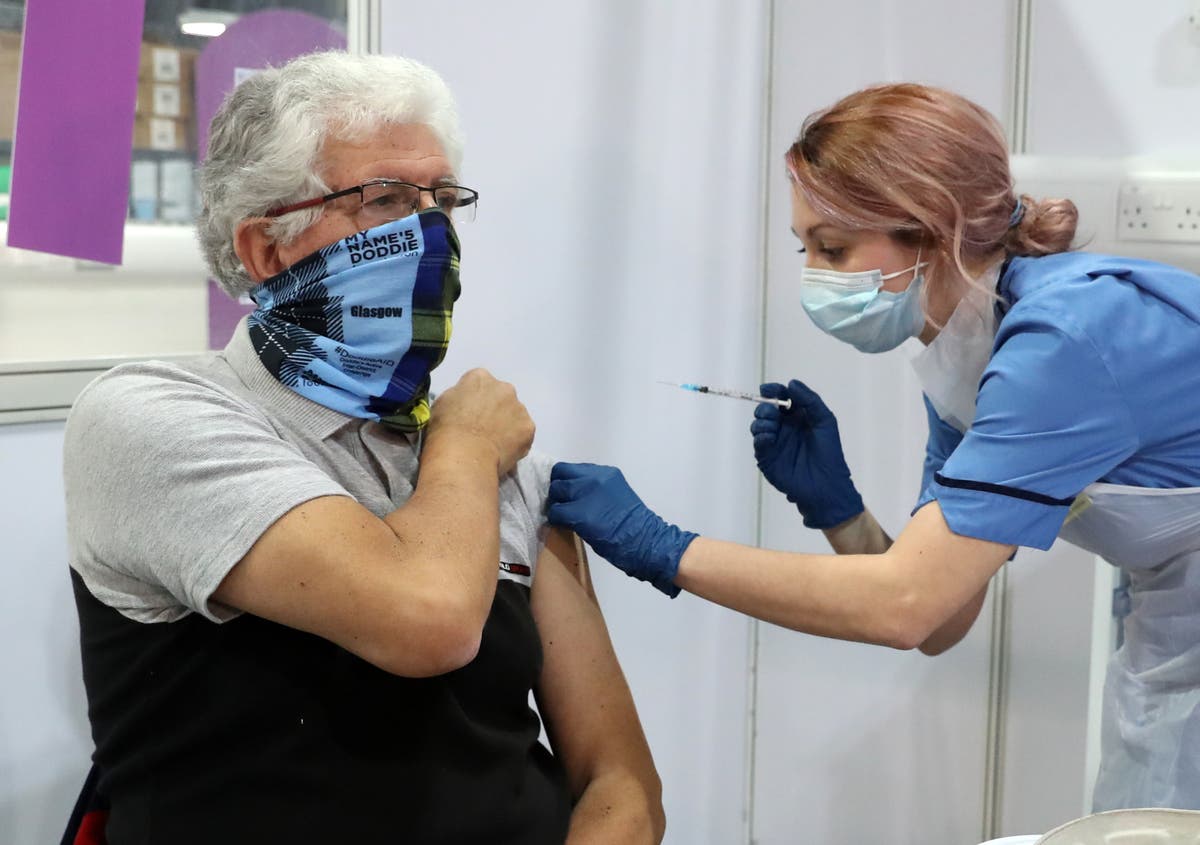 Who gets Covid vaccine next?

People aged 50 to 54 in England are now being officially invited to book their coronavirus vaccine, with more than a third of the population having now received at least one dose.

GPs and vaccination centres in many parts of the country are now widening appointments to everyone in their fifties and the public is being urged to book their jab online.

NHS chief executive Sir Simon Stevens said: “Just 100 days since the NHS gave the world’s first Covid jab outside of clinical trials, our vaccine programme passes another milestone as we now invite everyone aged 50 and over to book their vaccination.”

The 55-59 age group were invited to get the jab last week.

The vaccine programme has already reached 15 million of the most at-risk people, including care home residents, people over the age of 70, those deemed to be “clinically extremely vulnerable” and frontline health and social care workers, who were the first groups to be offered the jab.

The government hopes everyone in the top nine groups – including everyone over the age of 50 and people aged 16 plus with underlying health conditions which put them at higher risk of serious disease and death – will be offered their first vaccine dose by 15 April, bringing to an end phase one of the rollout.

The Joint Committee on Vaccination and Immunisation (JCVI) said safety data indicates that the available vaccines are safe, although mild to moderate short-lived side effects such as a sore arm, headache or mild fever are relatively common.

Once the over 50s have been vaccinated, the programme will be extended to the remainder of the adult population under phase two of the programme.

The JCVI has advised the NHS to continue to offer vaccination on the basis of age, starting with the oldest adults first and proceeding in the following order:

Everyone aged 18 or over is expected to have been offered a jab by the end of July.

Wales, Scotland and Northern Ireland have already begun vaccinating people aged 50 and above.