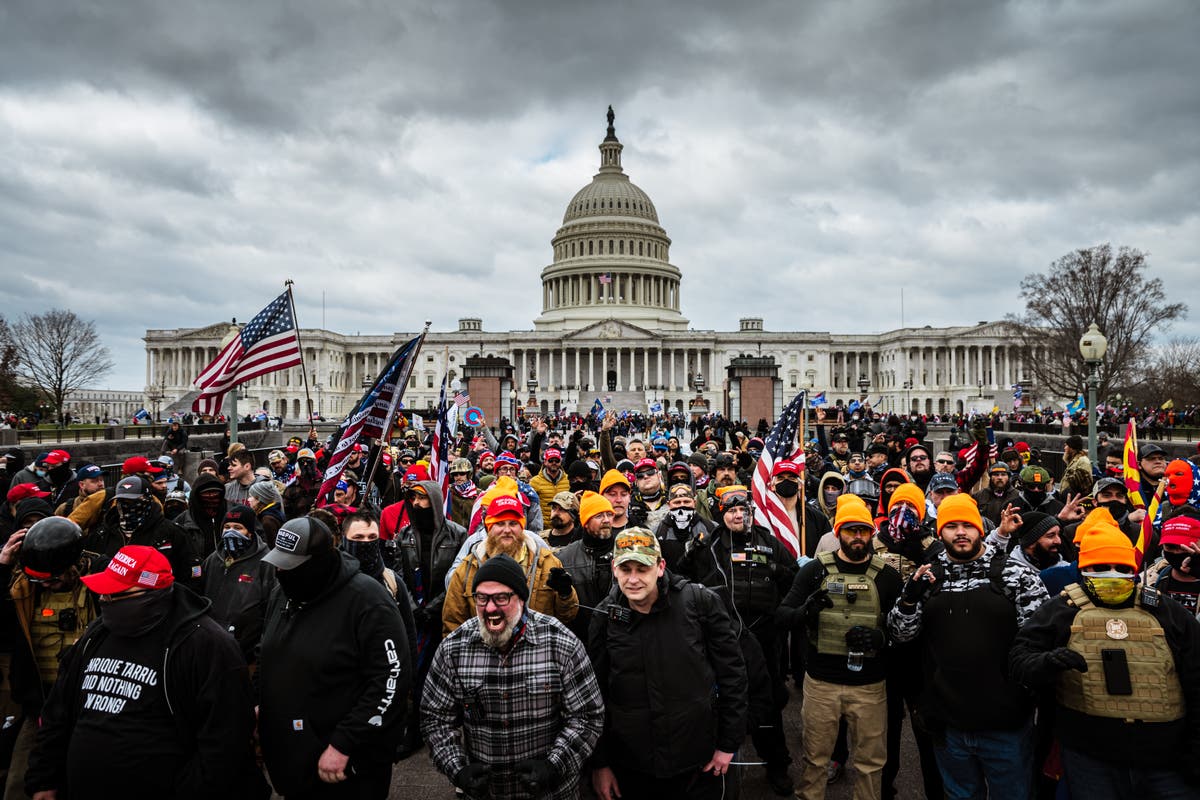 Prosectors have accused Charles Donohoe, from North Carolina, and Zach Rehl, from Philadelphia, of conspiring to interfere with law enforcement officers and trying to prevent certification of Joe Biden’s election victory, according to the New York Times.

Five people, including a police officer, were killed when supporters of Donald Trump attacked the Capitol on 6 January after the ex-president held a “Stop the Steal” rally in Washington DC.

Proud Boys Ethan Nordean of Washington state, and Joseph Biggs of Florida, were already facing similar charges and were implicated in the conspiracy, reported the newspaper.

Following the violence members of the far-right group have been charged in four conspiracy cases and accused of crimes that include threatening a federal office and the destruction of government property.

Investigators say that Biggs, 37, and Nordean, led more than 100 members of their group into the Capitol.

A total of 13 people referred to by prosecutors as Proud Boys have now been charged over the incident.

0 0 0 0
Previous : TikTok star selling viral video as NFT as part of digital art craze
Next : Scotland’s train services to be nationalised next year