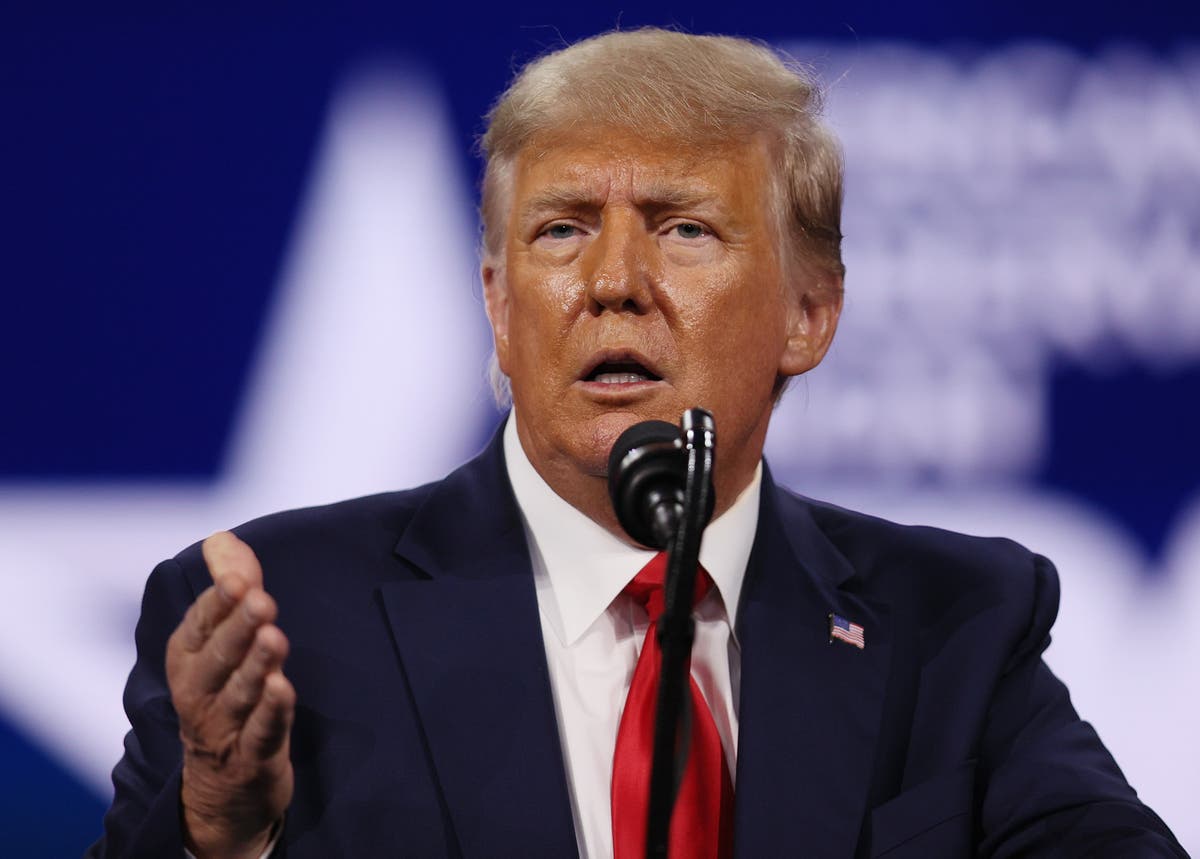 Donald Trump lost nearly one-third of his reported fortune in the final year of his presidency according to a study by Bloomberg.

His net worth has dropped to $2.3bn from $3bn as the Covid-19 pandemic has hit hardest at the industries in which he has the greatest investments — offices, hotels, and resorts branded with his name.

Four divisive years in the White House, two impeachments, and a violent insurrection that saw the US Capitol stormed by pro-Trump rioters have severely damaged his brand and business relationships.

Research for the Bloomberg Billionaire’s Index took in financial disclosures, loan documents, revelations from court documents, and interviews with former executives and industry analysts to establish the current state of the former president’s empire.

The findings are somewhat bleak, with approximately $590 million in loans due over the next four years, half guaranteed by him personally.

By sector, three-quarters of Mr Trump’s net worth comes from commercial real estate, and the pandemic has seen central business districts deserted as companies told workers to stay home.

Ruth Colp-Haber, who runs office consultant Wharton Property Advisors, says that the former president faces a “triple-whammy” from the pandemic, the Capitol riot, and an aging portfolio of properties.

“These are the businesses you don’t want to be in right now,” she told Bloomberg.

The value of his stakes in office towers in New York and San Francisco is down, and the Art Deco tower at 40 Wall St in Lower Manhattan has halved in value since 2016 to $277m. Tenants are reportedly considering leaving, and broker Cushman Wakefield cut ties with Mr Trump after the Capitol riot.

Retail rents on Fifth Avenue have dropped 32 per cent from a 2018 peak, which is bad news for Mr Trump’s Midtown property Trump Tower, where his company manages leases on stores and the former Niketown next door, currently a temporary home to Tiffany. Owners of residential units looking to sell have had to offer steep price cuts.

Trump resorts and hotels have seen income drop 42 per cent according to Bloomberg, and the properties carry a heavy debt burden — $330m, guaranteed by Mr Trump. Half of that amount is from a loan for the Trump International Hotel in Washington, DC, one-third for his Miami golf course, and the rest tied to the Chicago hotel. Lender Deutsche Bank has said it will no longer do business with him.

The Washington hotel was put up for sale in 2019 for more than $500m, but offers in excess of $350m are believed to have been rejected, with analysts saying the price is unrealistic.

The Mar-a-Lago Club that the former president has made his residence still operates as a members club and saw revenue increase slightly since 2015, but it is uncertain whether guests will continue to see the value in their memberships post-presidency.

His golf courses face a similarly uncertain future given the damage to his brand which has also had a huge impact on licensing deals for other properties.

Bloomberg points out that Mr Trump has bounced back before and that a post-pandemic economic boom under President Joe Biden could benefit some Trump businesses.

He could also explore opportunities in television, books, news, or rallies of his supporters, though these also present obstacles in terms of who might be willing to partner with him.

Before that Mr Trump and the Trump Organisation face a number of investigations into alleged financial and tax irregularities as well as other legal headaches. Concerns that have similarly overshadowed the prospect of Mr Trump or any family member seeking political office in the future.

The Independent has reached out to the office of the former president and the Trump Organisation for comment.

0 0 0 0
Previous : ‘Literally no patients’ at some NHS vaccination centres in Scotland after appointment letters glitch
Next : Black, poorer children and those with keyworker parents more at risk from rare Covid syndrome, experts warn