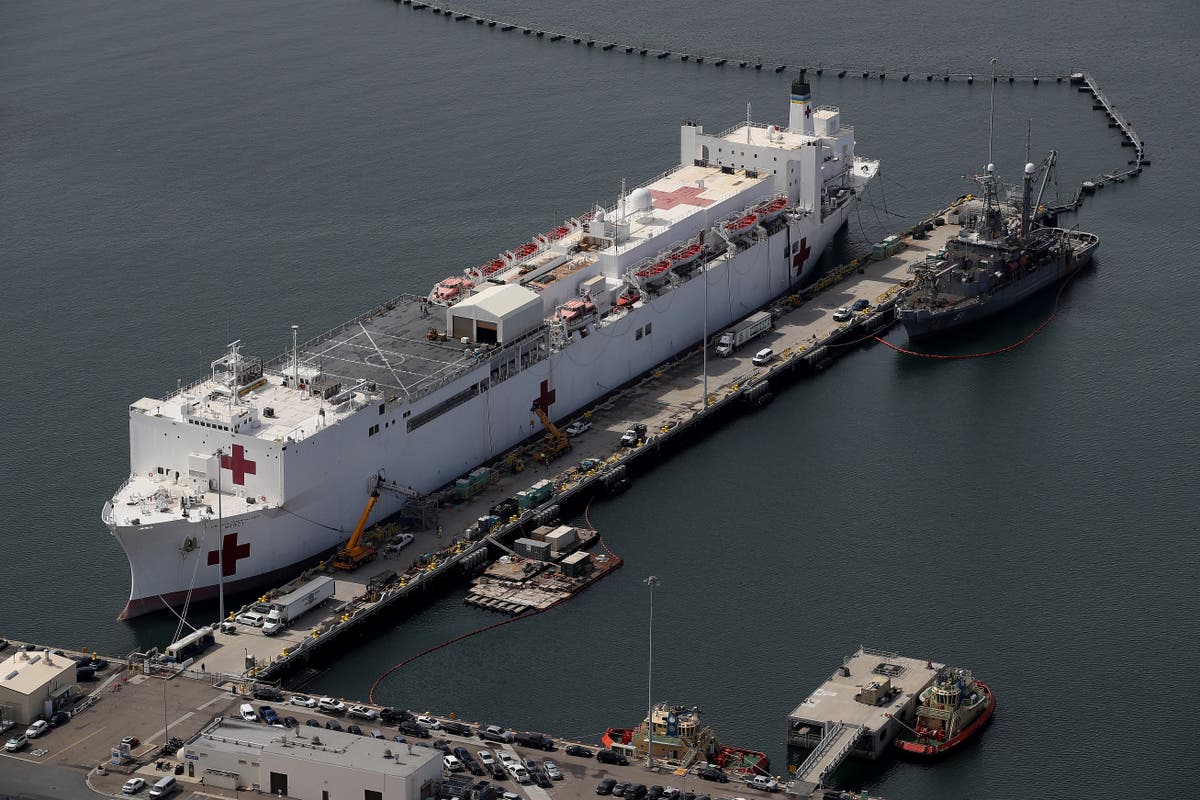 Former president Donald Trump reportedly redirected a naval hospital ship from Seattle to Los Angeles because the governor of the Californian city said “nice things” about him.

According to an anecdote from ABC White House correspondent Jonathan Karl’s new book Front Row at the Trump Show, Mercy was being deployed in Seattle to alleviate hospitals overburdened with infected Covid-19 patients.

The-then president, however, was irked by Washington governor Jay Inslee’s criticism of his administration’s response to Covid, and suggested redirecting the ship to Los Angeles where the governor of California, Gavin Newsom, had been more complimentary of him.

“Don’t you think we should send it to California?” Mr Trump reportedly asked. “Gavin has been saying such nice things about me.”

The twice-impeached president then reportedly described Governor Inslee as a “showboater” and “a real jerk”.

Mr Inslee repeatedly criticised the Republican leader for downplaying the gravity of the Covid-19 outbreak. Mr Trump did not take the criticism lying down, calling Mr Inslee a “snake” after he demanded Mr Trump to stick to science when discussing the pandemic.

“I just received a call from @VP Mike Pence, thanking Washington state for our efforts to combat the coronavirus,” Inslee tweeted. “I told him our work would be more successful if the Trump administration stuck to the science and told the truth.”

Sharing the excerpts of Karl’s book published by Politico Playbook, former Trump official Olivia Troye tweeted: “Lives were at risk. Politics at play. He didn’t care. The Navy Mercy ship for #covid relief was being used as a political pawn while we were trying to get help to the states ASAP. This happened. This is fact. When MAGA #Republicans run for office on the Trump train – remember this.”