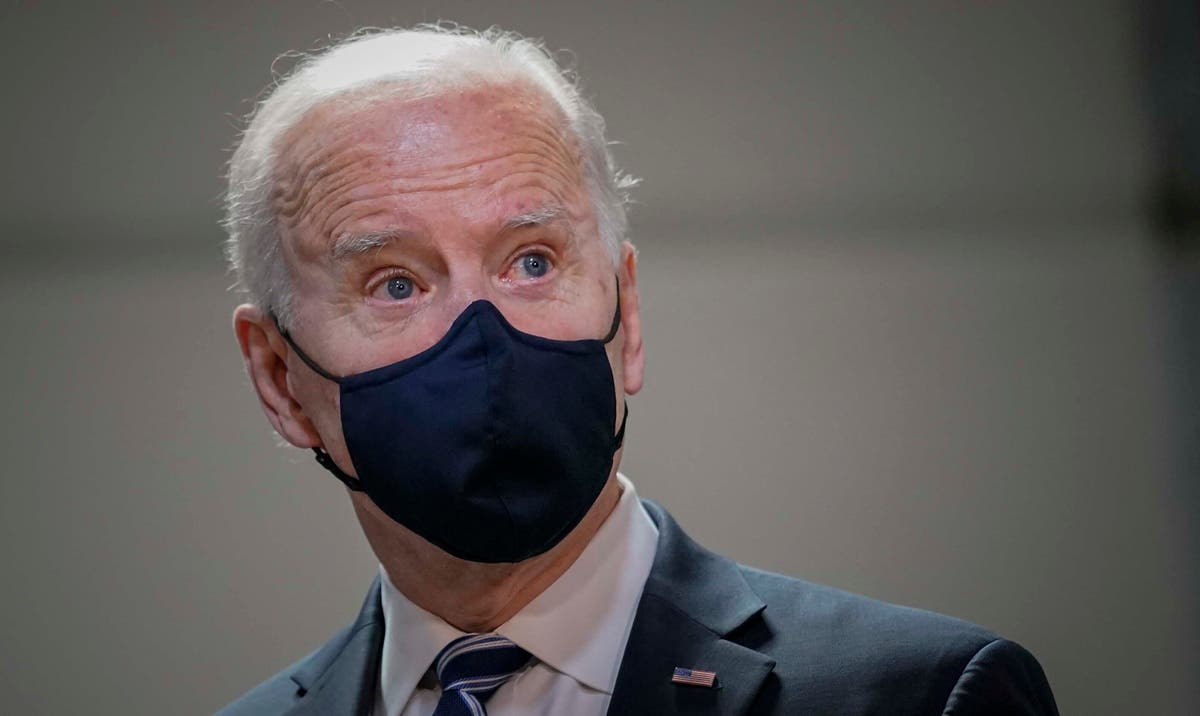 Joe Biden has said that Andrew Cuomo should resign as New York governor if the state attorney general’s investigation confirms the allegations of sexual harassment made against him.

He told ABC News that Mr Cuomo, who has been accused of sexual misconduct by multiple women, would “probably end up being prosecuted, too”.

Meanwhile, Donald Trump has told his supporters that the Covid-19 vaccine is “safe” and “something that works”, finally acknowledging that “a lot” of the people who don’t want to get it are people who voted for him.

Mr Trump was criticised for quietly receiving his vaccination in February, rather than taking the opportunity to urge others to do the same – as other politicians have done.

Mr Biden responded by telling migrants “don’t come” to the country. He also declined to make a connection between the spike and foreign perceptions of his administration’s attitude towards immigration when speaking to ABC.

“Let me say this very clearly for all 99 of my colleagues,” he said in a Senate speech, “nobody serving in this chamber can even begin to imagine what a completely scorched earth Senate would look like.”

He added that gridlock in the Senate during the Trump and Obama eras would look like “child’s play” in comparison.

Joe Biden has come out in support of reforming the filibuster rule in the Senate, a move which could allow him to pass major legislation more easily.

The president told ABC News: “I don’t think that you have to eliminate the filibuster, you have to do it what it used to be when I first got to the Senate back in the old days.”

“You had to stand up and command the floor, you had to keep talking.”

He suggested that, instead of requiring 60 votes out of 100 to end debate and pass laws, the chamber should return to the system whereby senators could keep debate going by continuing to talk on the floor.

This wouldn’t stop the minority party from blocking bills, but it would make it harder as they’d have to continuously talk to prevent a vote.

Joe Biden discouraged potential migrants from coming to the United States amid a surge in numbers of unaccompanied children being held at the border.

“I can say quite clearly: don’t come,” the president told ABC News. “We’re in the process of getting set up, don’t leave your town or city or community.”

More than 4,000 migrant children are said to be in Border Patrol custody. Homeland Security Secretary Alejandro Mayorkas said in a statement that the US is “on pace to encounter more individuals on the southwest border than we have in the last 20 years”.

Mr Biden said that the migrants aren’t arriving because they believe his administration will be more welcoming to them than the previous one.

He has also told reporters that he doesn’t plan to visit the border “at the moment”.

Most adults are being turned away from entry into the US because of a public health order, but unaccompanied children are being housed in government-run facilities that have long been controversial.

Mr Mayorkas has previously said that the camps, which are frequently likened to jails, are “no place for a child”.

Donald Trump has finally urged his supporters to get the Covid-19 jab.

During an appearance on Fox News, the former president said that the vaccine is “safe” and “something that works”.

He also acknowledged that “a lot of people don’t want to get it, and a lot of those people voted for me”.

“We have our freedoms and we have to live by that,” he said. “But it is a great vaccine. It is a safe vaccine and something that works.”

In late February, Mr Trump offered more general encouragement around the Covid-19 vaccine, saying at the Conservative Political Action Conference (CPAC): “Everybody, go get your shot.”

He has now admitted the disparity between Republicans and Democrats in vaccine confidence.

An Associated Press poll found that 42 per cent of Republicans will probably or definitely not get their shot, compared with 17 per cent of Democrats.

Mr Trump has formerly been criticised for receiving his Covid-19 jab in private, rather than taking the opportunity to publicly promote vaccination.

On 1 March, The New York Times and CNN reported that Trump has received his shot while still in the White House alongside his wife, Melania.

Biden says Cuomo will ‘probably be prosecuted’ if allegations are confirmed

Six women have publicly accused Mr Cuomo of misconduct and there is a report of one accusation by an unnamed individual.

Speaking to ABC News, the president added that Mr Cuomo would “probably end up being prosecuted, too.”

“It takes a lot of courage to come forward and so the presumption is it should be taken seriously,” he said. “And it should be investigated, and that’s what’s under way now.”

Mr Biden has previously refrained from calling on Mr Cuomo to resign, saying that “the investigation is underway and we should see what it brings us”.

Top Democrats including Kamala Harris and Nancy Pelosi have also stopped short at demanding his resignation, as other senators and members of congress have done.

Welcome to The Independent’s US politics blog, where we’ll be bringing you up-to-the-minute updates on Biden, Trump and more.