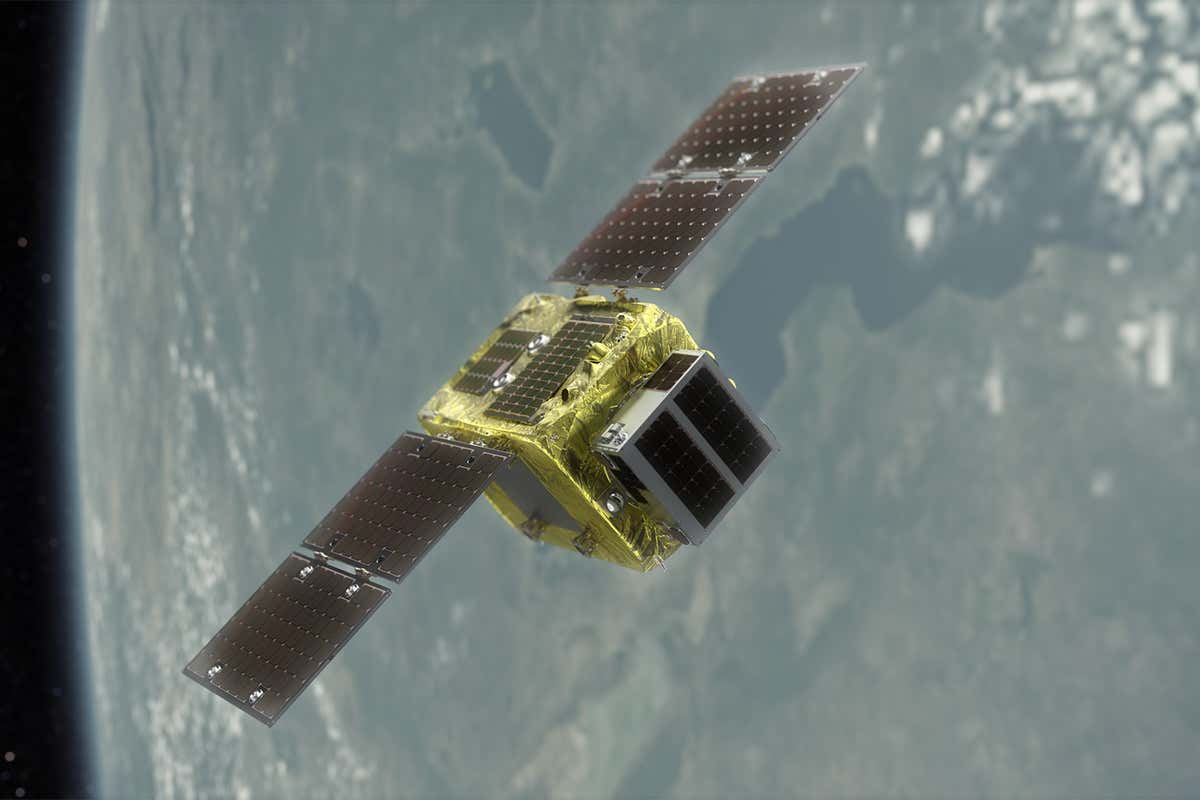 A satellite is about to demonstrate a new way of capturing space junk with magnets for the first time. With the frequency of space launches dramatically increasing in recent years, the potential for a disastrous collision above Earth is continually growing. Now, Japanese orbital clean-up company Astroscale is testing a potential solution.

The firm’s End-of-Life Services by Astroscale demonstration mission is scheduled to lift off on 20 March aboard a Russian Soyuz rocket. It consists of two spacecraft: a small “client” satellite and a larger “servicer” satellite, or “chaser”. The smaller satellite is equipped with a magnetic plate which allows the chaser to dock with it.

Finally, if those two tests go well, the chaser will live up to its name by letting the client satellite float a few hundred metres away before finding it and attaching to it. All of these tests will be performed autonomously, with little to no human input once they are set in motion.

“These kinds of demonstrations have never been done before in space – they are very different to, say, an astronaut controlling a robotic arm on the International Space Station,” says Jason Forshaw at Astroscale UK. “This is more of an autonomous mission.” At the end of the tests, both spacecraft will burn up in Earth’s atmosphere.

If companies wanted to use this capability, they would have to attach a magnetic plate to their satellites so they could be captured later. Because of the growing space debris problem, many countries now require firms to have a way to bring back their satellites once they run out of fuel or fail, so this could be a fairly simple contingency plan, Forshaw says. Right now, each chaser can only nab one satellite, but Astroscale is working on a version that could drag three or four out of orbit at once.