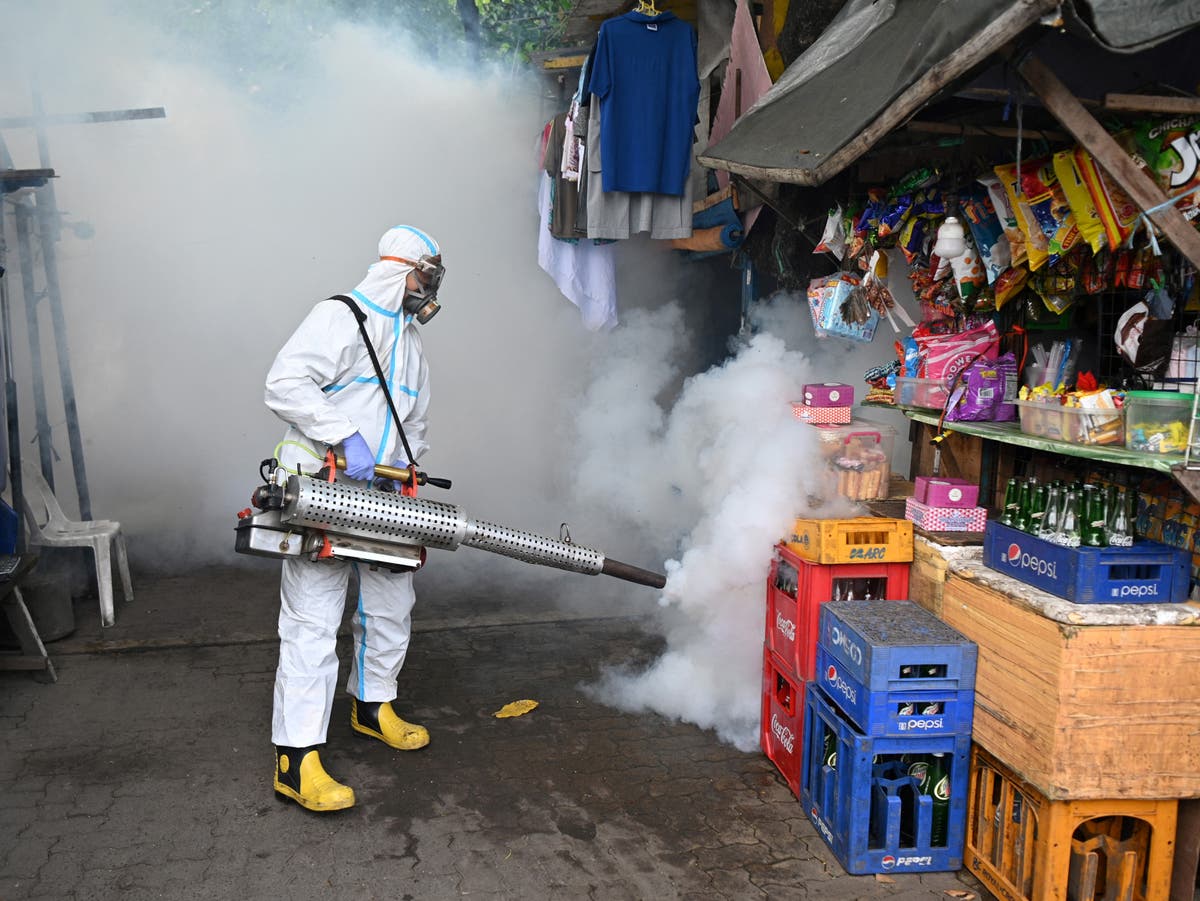 Philippines Covid variant: What do we know about the new coronavirus strain?

Public Health England (PHE) said it is investigating the new variant, called P3, which carries a number of mutations that have emerged in other forms of the virus.

One of the cases was linked to international travel and the other is still being investigated, said health officials. They did not confirm where either had been found.

“All appropriate public health interventions are being undertaken,” PHE said.

P3 has been designated as a variant under investigation (VUI), rather than a variant of concern.

Some 33 cases linked to the variant were first reported in the Philippines on 9 March. The country now has a total of 98 infections caused by P3, according to officials.

What mutations does P3 have?

P3 carries a number of notable mutations, including E484K and N501Y – both of which have emerged naturally and independently in different variants from across the world.

The E484K mutation changes the shape of the spike protein – the part of the virus responsible for attaching to human cells – to make it less recognisable to antibodies produced by natural infection or vaccination.

This suggests P3 could be more resistant to the current generation of Covid-19 vaccines, though studies into E484K suggest it can still be neutralised.

P3 also has the same N501Y mutation seen in the highly transmissible UK variant. This particular mutation makes it easier for the virus to attach to human cells and gain entry. The natural R rate of those variants carrying N501Y is thought to much higher than the original form of the virus.

Will the vaccines be ineffective against this new variant?

There is nothing new in P3 that scientists haven’t already seen. However, each variant has its own unique combination of mutations, which determine how it interacts with the body’s defences.

Whereas immunity induced by the vaccines is capable of neutralising the British and Manaus variants, it appears less capable of doing so against the South African variant – despite the fact all three share many of the same mutations.

Although it’s a concern to see new variants emerging, this version of the virus hasn’t evolved further than anything we have seen before.

More analysis will be needed to confirm this and establish to what extent the effectiveness of the vaccines are impacted by P3.

The two cases will have all their contacts traced while people who were on the same flight as the Philippines traveller will also be tracked down and tested.

Surge testing may be introduced to whichever parts of the country the affected individuals are based in.

Further genomic analysis will also be carried out by scientists to further understand P3.

Last weekend, the Filipino health ministry said that current data on the new variant are “insufficient to conclude whether [it] will have significant public health implications”.