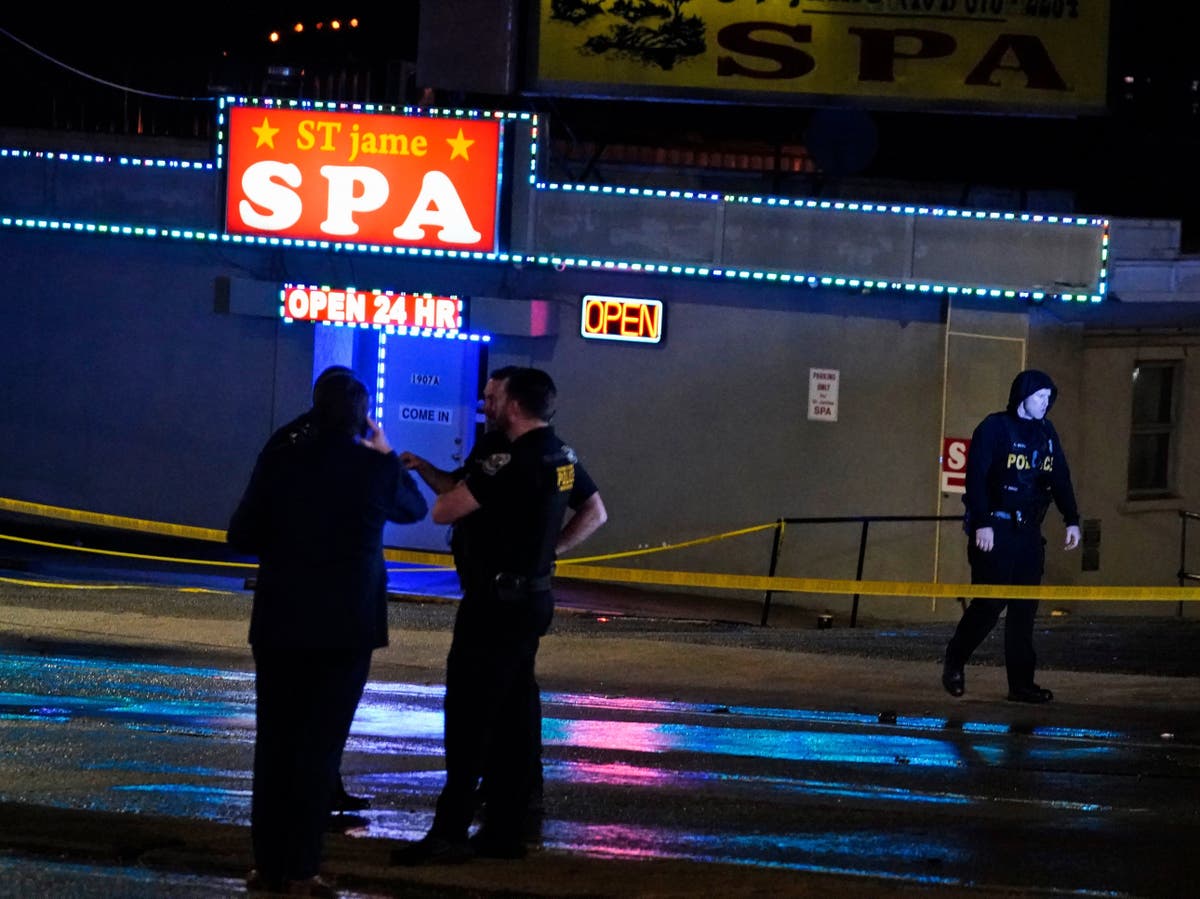 Eight people have been killed in shootings at a number of Georgia massage parlours, with Asian women among the dead, according to authorities.

A 21-year-old man has been arrested in southwest Georgia after the killings in Atlanta.

Atlanta police chief Rodney Bryant said three people were killed at a spa in northeast Atlanta, while a fourth person was killed at another spa across the street. He said all four victims were female, and that “it appears that they may be Asian.”

Officers responding to a call of a robbery in progress at one spa at about 5.50pm on Tuesday found three women dead from apparent gunshot wounds, police said.

While they were there, they were told of a report of gunfire at another spa across the street and found a woman there who appeared to have been shot dead inside the business.

The establishments were called the Gold Massage Spa, in Piedmont Road, and Aroma Therapy.

Two of the victims there were dead and three were transported to a hospital where two of them also died, Mr Baker said.

Authorities would not immediately release the gender or race of the victims, he added.

A man suspected in the Acworth shooting was seen on surveillance cameras pulling up to Young’s at about 4.50pm on Tuesday, about 10 minutes before the shooting, authorities said.

Mr Baker said a man named Robert Aaron Long, of Woodstock, had been taken into custody in Crisp County, about 150 miles south of Atlanta.

Atlanta police have increased patrols around similar businesses in the city, the force said.

0 0 0 0
Previous : Biden says he is ready to reform senate filibuster because ‘democracy is having a hard time functioning’
Next : Ministers accused of lacking ‘ambition necessary’ to decarbonise industry