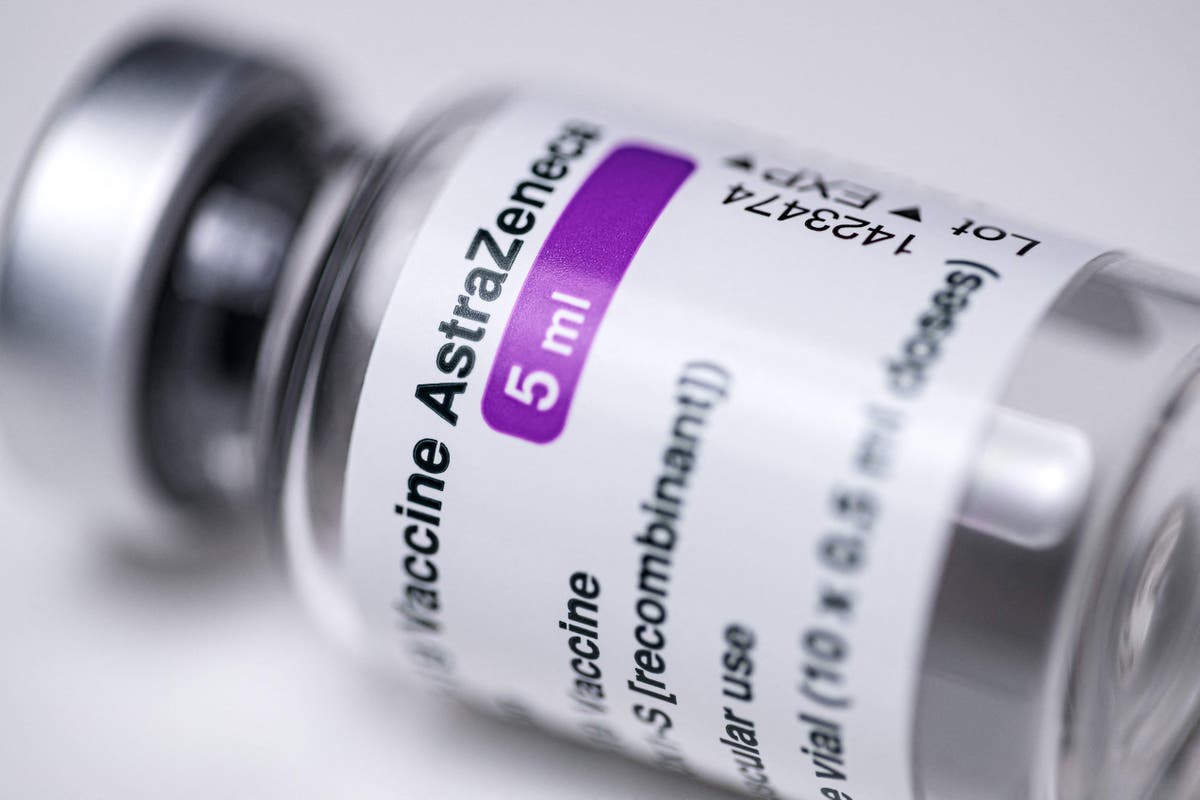 The 43-year-old mathematics teacher was vaccinated on March 3 but hours afterwards she started to feel ill and went to hospital.

She complained of headaches but doctors attributed this to the normal side effects associated with the vaccine, reported Diario Sur, a Spanish newspaper.

The woman returned to the hospital in Marbella in southern Spain on March 13 but specialists did not detect any serious problem.

Four hours later, a scan revealed fluid accumulationon the brain and she had to be operated on immediately.

The mother-of two, who has not been named, died shortly afterwards on Tuesday.

The woman, who worked at a school in Marbella, tested negative for Covid-19 and had no previous health problems, health authorities said.

The Spanish health ministry has reported the case to the European Medicines Agency.

Three cases of thrombosis in people who have received the AstraZeneca vaccine, including the teacher who died, have been reported in Spain.

Along with a growing series of European countries, Spain decided on Monday to suspend the use of the AstraZeneca vaccine for two weeks after reports of cases of thrombosis.

María Jesus Lamas, the director of the Spanish Medicines Agency, said the teacher’s case was the first known case of cerebralvenous thrombosis in a vaccinated person.

“There are few cases, 11 at the moment around the world and 17 million AstraZeneca vaccine doses have been administered,” Ms Lamas stressed at a press conference.

The European Medicines Agency will meet on Thursday to conduct a scientific analysis into the latest reported side effects from theAstraZeneca vaccine.

Experts will try to determine if there is a direct relationship between the dose and these serious and undetected effects in the development of the vaccine.

The Junta de Andalucia, the regional government which covers Marbella, issued a statement on Wednesday in which it said that the teacher’s case involved a thrombosis that “by itself though infrequent can occur in the general population”.

It added: “In this case it has the particular nature that thrombotic events have been associated with a decrease in the number ofplatelets in the blood.”

Several European countries including Germany, France, Italy, Spain, Denmark, Norway and Sweden have suspended the roll out of the vaccine.

0 0 0 0
Previous : Neil Oliver: The SNP is not about freedom of speech, it’s about silencing freedom of speech
Next : Pelosi calls allegations against Cuomo ‘credible’ and says Democrats have ‘zero tolerance’ for misconduct