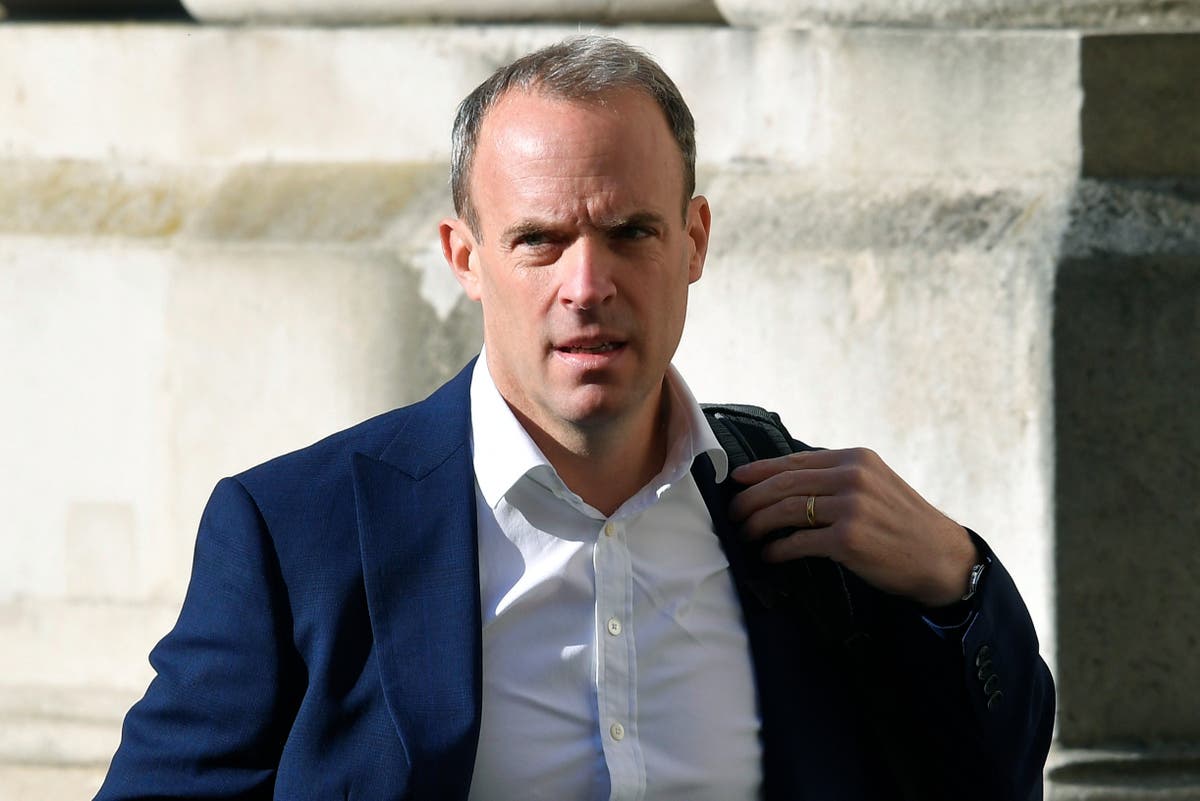 Foreign secretary Dominic Raab will on Wednesday warn that democracy around the world is “in retreat”, while suggesting the UK still has a large role to play on the world stage.

His speech comes after he told officials that Britain should seek trade deals with countries which do not meet European standards on human rights.

In a video call leaked to Huffpost, Mr Raab said he believed Britain must trade “liberally” around the world and not ignore nations who fail the European Convention on Human Rights (ECHR).

“If we restrict it to countries with ECHR-level standards of human rights, we’re not going to do many trade deals with the growth markets of the future,” he said.

The Foreign, Commonwealth and Development Office (FCDO) said the comments had been “deliberately and selectively clipped to distort”, while Labour described them as the “shameful truth”.

Elsewhere, Dominic Cummings, the prime minister’s former aide, will appear before the Commons Science and Technology Committee on Wednesday morning.

MPs will question him over the opaque new “high-risk” scientific research agency he supported during his time in the role.