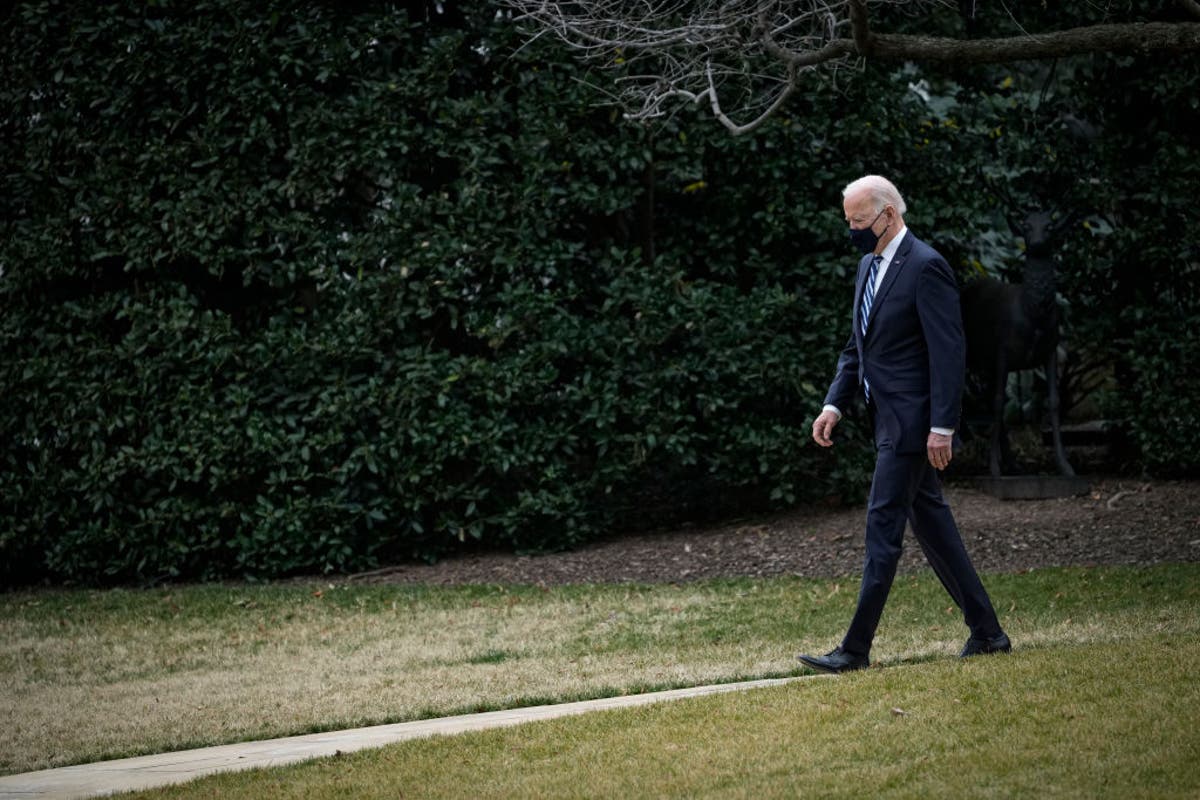 Biden and Harris keep posting the same photo – here’s why

At least that’s the impression given by his Twitter feed, where video after video shows him walking in slow motion.

Vice President Harris gets her steps in too. On 27 January, she retweeted the video of herself walking with Mr Biden. In other tweets, she prefers still photos. There are shots of her striding down a tiled floor, strolling with the president and secretary of defence, and simply crossing a street with the caption, “It’s been a busy few weeks. Ready for the next one.”

Why so much walking? Why the slow motion? Perhaps the president and vice president are trying to evoke Martin Sheen’s administration on TV series The West Wing, where aides were always briskly pacing down majestic halls. Or maybe they’re emulating the heroic slow-mo shots of the astronauts in “Armageddon” as they march off to save the planet (although that didn’t end so well for the astronauts).

But if heroic imagery is what they’re going for, it’s been lost on Twitter, where users have panned the walking photo-ops.

“This mf walks everywhere except to his desk to cancel student loan debt,” one user tweeted under a Biden slow-mo video.

“You’re only meant to walk like this if you’re ignoring an enormous explosion behind you,” another commented.

“Jesus Christ enough of these cringey a** slow mo videos do one more on the 69th day then never again I’m begging you,” someone else pleaded.

Unpopular as they may be with some, the videos serve a purpose, experts say. Politicians choose images very carefully – especially of themselves. So what impression are Mr Biden and Ms Harris trying to convey with all this ambulating?

“In general, these walking photos and videos are examples of presidential performance,” said Cara Anne Finnegan, a professor of communication at the University of Illinois who has written a book about presidents and photography. “They depict the president as an active leader, as someone working every day to get things done.”

This kind of imagery is important for all presidents, she says, but especially for Mr Biden.

“Biden’s taken on the job at a time when the vast majority of Americans and people around the world believe that the previous president did not act quickly or urgently enough to address the pandemic,” she said. “He has emphasised that he is ready to work from day one, etc., and images like this highlight that.”

Professor Finnegan says the same goes for the photos of Kamala Harris, who also seeks an active image – particularly because she’s vice president.

“They also highlight the extent to which she is being pictured as a full partner with Biden,” she explained. “They communicate that she is literally in step with him, on the inside, helping to make decisions, and a key part of the team.”

All this may explain the walking, but what about the slow motion?

“The slo-mo videos do appear to be something new,” the professor said, “and I think that’s mainly a function of contemporary popular culture. The slo-mo walk is a kind of visual trope in film that’s bled over into other elements of popular culture. It suggests readiness and also a kind of super-hero quality.”

It also connects back to Mr Biden’s image during the Obama years, she says, when the former vice president was often seen in his Aviator sunglasses or driving his convertible.

So the slow walking videos do serve a purpose, it seems. They send a deliberate message, and draw on pop cultural influences from both film and social media – even if some on social media aren’t impressed.

0 0 0 0
Previous : More than 700 legal scholars urge Boris Johnson to ditch plan for ‘draconian’ restrictions on right to protest
Next : Rewilding: Wildcats to be released into Scottish Highlands in effort to restore wild population