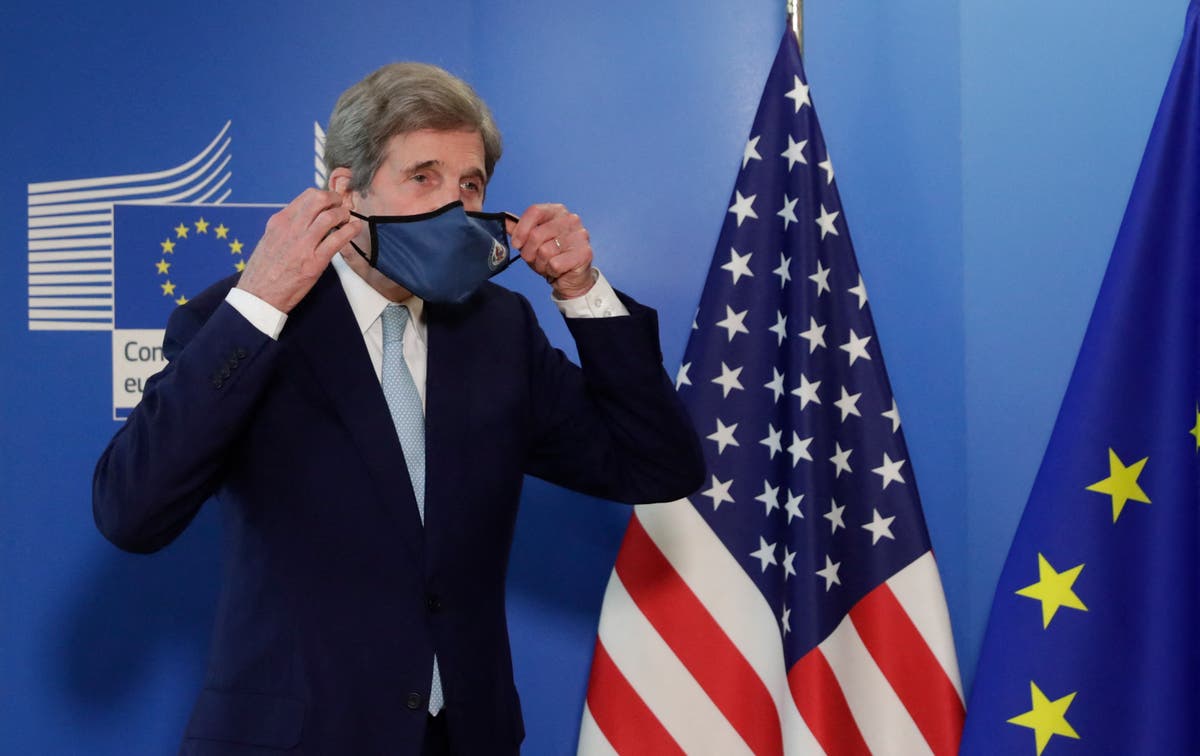 American Airlines is investigating whether US climate envoy John Kerry broke the rules and took off his mask on a recent flight.

According to the Tennessee Star, which first reported the story, Mr Kerry was photographed without a mask as he sat first-class on a flight between Boston and Washington.

The airline said in response to one comment on an alleged photo of Mr Kerry that it was investigating the incident.

“We require masks on board our aircraft and are looking into this,” the airline wrote on Twitter.

The envoy said on Twitter on Wednesday if the mask slipped, it was only briefly.

“Feels like there’s some St. Patrick’s day ‘malarkey’ afoot on Twitter,” Mr Kerry said in a tweet on Wednesday afternoon. “Let’s be clear: If I dropped my mask to one ear on a flight, it was momentary. I wear my mask because it saves lives and stops the spread. It’s what the science tells us to do.”

Senator Cruz was criticized in 2020, after photos of him sitting on a flight with no mask were widely shared. Mr Cruz’s office said he followed airline policy and was taking off his mask to sip coffee.

Conservatives online pointed to the photo as a sign of liberal hypocrisy around wearing masks.

American Airlines confirmed toThe Independent that masks are required on its flights and that it is investigating the incident. The White House and State Department did not respond to a request for comment and confirmation on this breaking news story.

Mr Kerry, who is 77, is likely vaccinated, as many top federal officials have already gotten the vaccine, and he would also be eligible under Washington DC’s general vaccination guidelines, which allow anyone over age 65 to get the jab.

Since the pandemic began, air travel has emerged as one of the main flash points when it comes to people following—or ignoring—coronavirus rules. Scores of viralvideos show passengers having meltdowns when asked to wear masks, and some have been kicked off of flights entirely for noncompliance. Airlines have reported placing hundreds of passengers on no-fly lists over mask-wearing issues.

Some studies have found that despite packing people in closely on commercial flights, taking a flight can actually be safer than other routine activities like going to the grocery store if everyone wears a mask the entire time and the plane’s air filtration systems are working properly.

Politicians across the political spectrum have been criticised for appearing not to honour coronavirus directives their constituents have to follow.

In November, California governor Gavin Newsom attended a dinner party with lobbyist at a high-end French restaurant in Napa, and was pictured without a mask at times. Earlier that year, White House chief of staff Mark Meadows hosted a lavish wedding for his daughter in Atlanta that defied state and citywide coronavirus restrictions.

0 0 0 0
Previous : Scotland’s train services to be nationalised next year
Next : ‘I’m not having this briefing sidetracked’: Sturgeon clashes with journalists over Salmond allegations