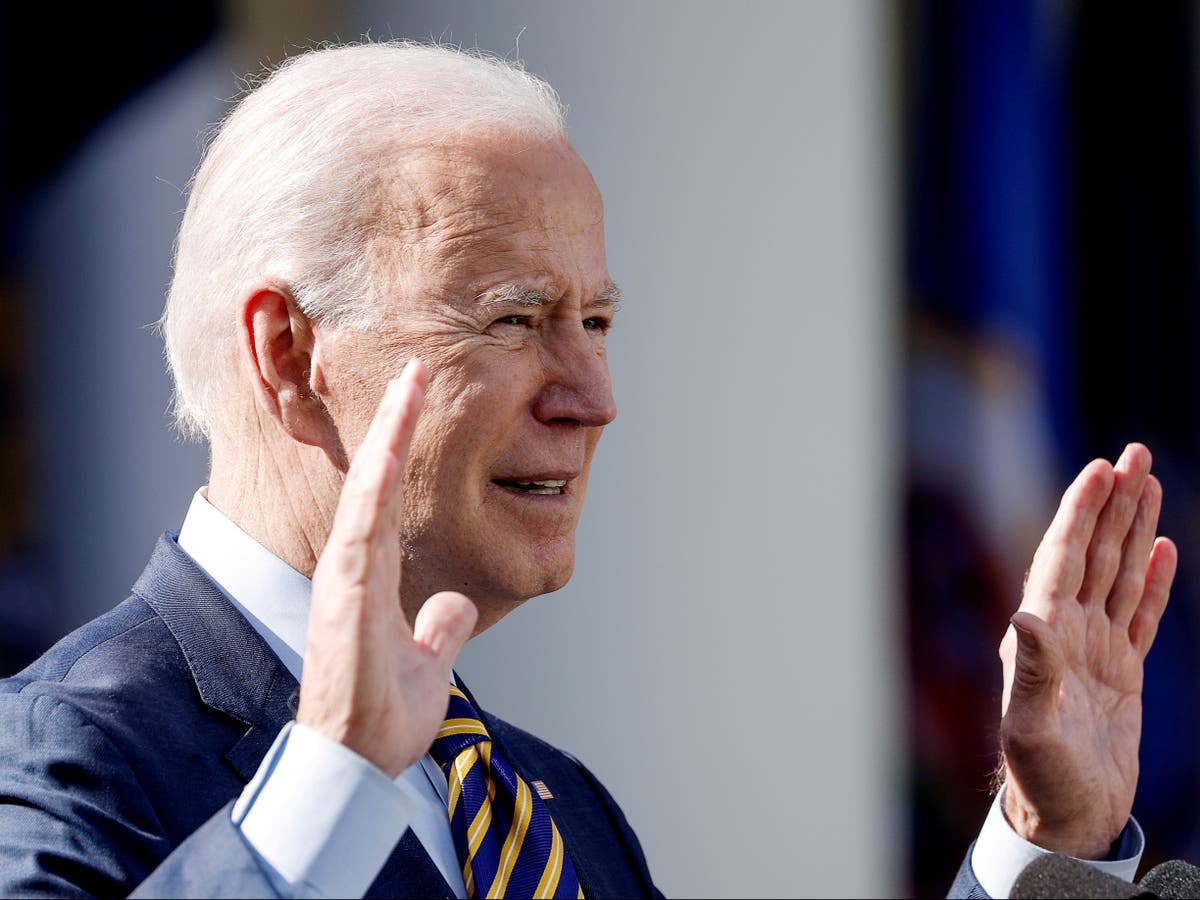 21 Republican state attorney generals have threatened to take legal action against the Biden administration over “unprecedented and unconstitutional” limits imposed in the coronavirus relief bill on the ability of states to lower taxes.

The attorney generals made the threat in a letter to the administration on Tuesday, just a few days after President Joe Biden signed the $1.9 trillion (£1.3 trillion) bill into law.

In the seven-page letter sent to Treasury secretary Janet Yellen on Tuesday, the 21 GOP officials argued that parts of the funding in the relief package that helps states offset the costs of the pandemic limits their ability to lower taxes.

The Republican officials referred to the American Rescue Plan, a pot of $350bn (£251bn) that has been set aside as part of the bill to help cash-strapped areas affected by the shutting down of the hospitality sector and mass unemployment caused by the pandemic.

As part of negotiations for the bill, Congressional lawmakers agreed to restrict states from using the federal funds for local tax cuts, with press secretary Jen Psaki explaining on Monday that the $350bn pot is intended for “cops, firefighters and other essential employees at work and employed,” and “wasn’t intended to cut taxes.”

However, in their letter to Ms Yellen on Tuesday the officials condemned the restriction and asked “that you confirm that the American Rescue Plan Act does not prohibit States from generally providing tax relief through the kinds of measures listed”.

The attorney generals, from states such as Arizona, Georgia and West Virginia, said that if the Biden administration did not confirm the ability of states to make tax cuts, then the bill “would represent the greatest invasion of state sovereignty by Congress in the history of our Republic.”

The officials then threatened to take “appropriate additional action”, as The Washington Post reported that several state officials are already discussing a possible lawsuit.

However, a White House official told the Post on Tuesday evening that Congress acted appropriately in stipulating certain conditions for areas that receive funding as part of the rescue plan.

The official confirmed that the bill “does not say that states cannot cut taxes at all,” adding that it “simply instructs them not to use that money to offset net revenues lost if the state chooses to cut taxes.”

Mr Biden and vice president kamala Harris have been touring the US over the last week touting the benefits of the American Rescue Plan.