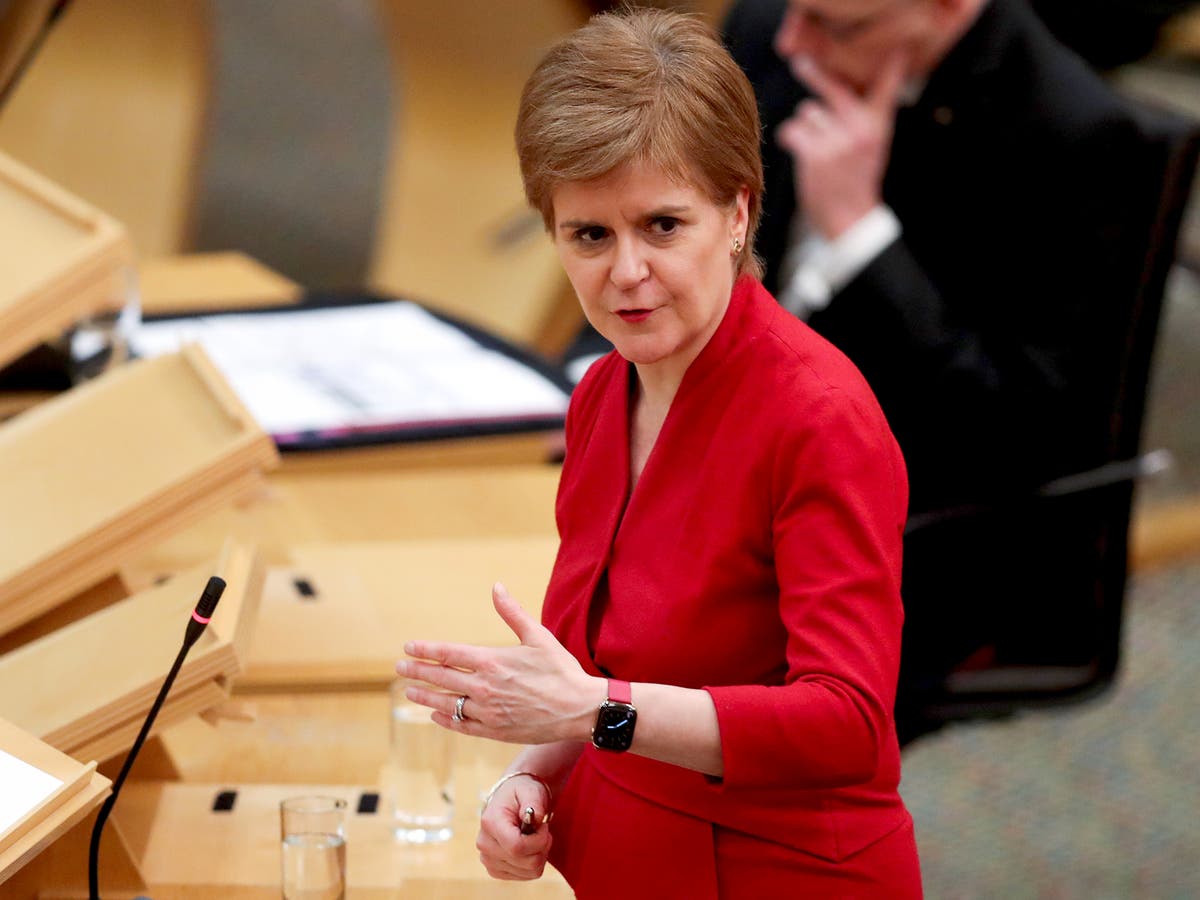 When will Scotland’s lockdown end? Roadmap, rule changes and key dates for easing

Nicola Sturgeon announced that Scotland’s Covid-19 stay at home order will be lifted on 2 April and replaced with “stay local” guidance as she out key dates for ending lockdown restrictions north of the border.

Addressing MSPs in the Scottish parliament on 16 March, the first minister said hairdressers and some additional non-essential shops such as garden centres could reopen days later on 5 April.

Ms Sturgeon said that falling infections had left her “the most hopeful I have felt about the situation for a long time”, but warned: “the route back to normality does depend on continued suppression.”

She said the devolved government was aiming to remove travel restrictions and further open the economy by 26 April, with hopes of ending most lockdown measures by the end of June.

A decision on when people can meet indoors has not yet been finalised and time would be taken to monitor how the changes affect the transmission of the disease, the first minister said.

However, it is hoped that four people from two households can meet inside by 17 May.

17 May (if Covid transmission and hospitalisations remain low)

What is the science behind the decision?

Unveiling the revised road map out of lockdown, the SNP leader told MSPs lockdown would ease in phases, separated by at least three weeks and contingent on suppression of the virus continuing.

As in England, ministers and scientists will scrutinise data at each intended stage of easing restrictions – allowing the evidence to lead decision making.

While Ms Sturgeon said she hoped to give “as much clarity as possible” on Tuesday, she added she wanted to avoid “giving false assurance or picking arbitrary dates that have no grounding at this stage in any objective assessment”.

She continued: “I am as confident as I can be that the indicative, staged timetable that I have set out today – from now until late April when the economy will start to substantially reopen – is a reasonable one.”

“I would love to stand here and say that by 21 June we’ll all be back to normal,” she said, “but I can’t say that with any certainty at all.”

She added she had “no idea” what “grounding” England’s roadmap out of lockdown was based on.