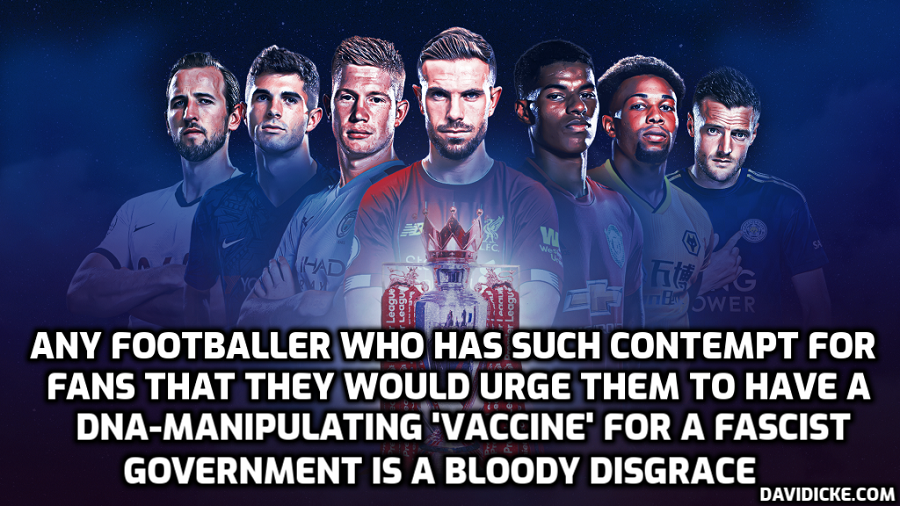 Premier League footballers will be used in a PR blitz to encourage young Britons to get vaccinated against Covid, it was claimed today.

Culture Secretary Oliver Dowden has reportedly written to top clubs to ask for their help in the mammoth roll-out. There are fears that uptake will be lower in younger adults, who are least likely to fall seriously ill or die from Covid. But their participation in the programme is essential because they are among the most likely to carry and spread the disease.

A Whitehall source told The Sun newspaper that the Premier League was ‘involved’ in the scheme to boost uptake in under-30s. The insider added that footballers would be used because they are ‘people younger groups look up to’. The Sport Select Committee chairman told the newspaper: ‘This campaign should… enlist the help of major sporting figures from the likes of the Premier League in order to put out the message that vaccination is safe, and the right thing to do for yourself and others.

Healthy under-30s aren’t due to be invited for their Covid vaccine for at least another month, with the roll-out currently focused on over-55s. The Government has launched a campaign calling on everyone to get their Covid vaccines, with uptake levels already far higher than expected.

Read More: Have a shot! Ministers ‘to use Premier League footballers to encourage under-30s to get Covid vaccines

0 0 0 0
Previous : Johnson & Johnson Has a Long Rap Sheet — Why Should We Trust Its Vaccine? – David Icke
Next : Portugal and Spain join 15 European countries suspending roll-out of Oxford’s AstraZeneca vaccine amid blood clot fears while Italy launches MANSLAUGHTER probe into death – but EU health chiefs back Boris in insisting the jab IS safe (because they are psychopathic liars who do not give a shit about human life)