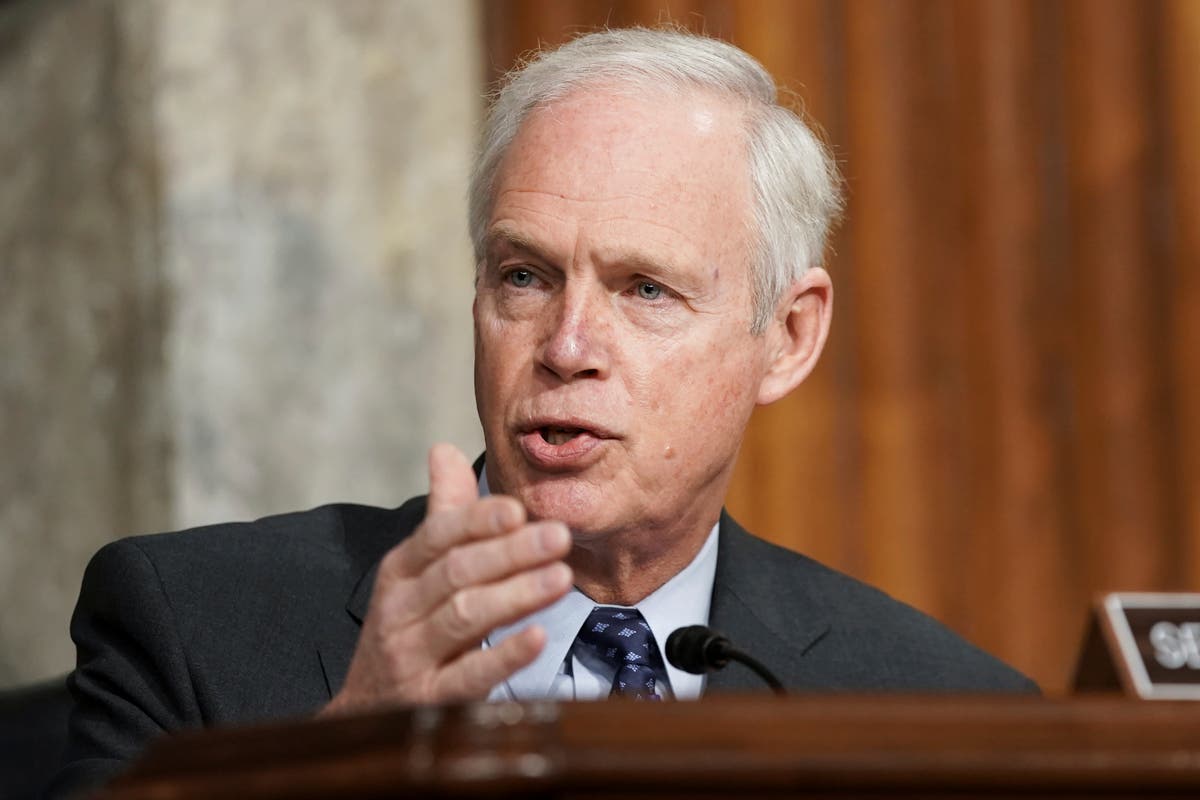 Senator Ron Johnson on Monday defended allegations that he was racist after he told a radio host that he would have been concerned had it been Black Lives Matter (BLM) protesters at the Capitol instead of Donald Trump supporters, who he said loved the country and wouldn’t think of rioting.

“I wasn’t talking about the people that actually stormed the Capitol and assaulted police officers. I condemned that. As I condemn, quite honestly, anybody that rioted in the summer… Leftist activists sparked riots as well,” Mr Johnson told Fox News while talking about the “woke mob” that was criticising him for his recent remarks.

He emphasised that Trump supporters support law enforcement and would never think of rioting or breaking the law. He stated that they were part of the vast majority of people who had come to Washington on 6 January to put pressure on people like him “to vote the right way” while the US Congress was in session to certify the results of the November 2020 elections.

Last week, the Senator from Wisconsin, which was won by Democrats in the 2020 presidential elections, had told radio host Joe Pagliarulo that he was not concerned about Trump supporters because they respect law enforcement.

“Had the tables been turned and President Donald Trump won the election and those were thousands of Black Lives Matter and antifa protesters I would have been concerned,” he said.

Mr Johnson, who is yet to clarify whether he will seek a third term as Senator in 2022, stated that his comments were “blown out of proportion.”

“There’s nothing racial in my comments whatsoever. The Left is happy to use the race card whenever they can. This is about riots and rioters and Leftist activists and anarchists,” he said while highlighting that the BLM protests took places in 570 different cities causing damage worth billions of pounds.

He stated that during the BLM protests at least 25 people had lost their lives and 700 law enforcement officers were assaulted and injured but “Left supporters forget” about these incidents.

At least five people died during the Capitol riots and dozens of police officers were injured. Since then, hundreds of people who were found to be involved in the riots have been arrested and charged by the police.

“Haven’t recognised him the past few years. He knew exactly what he was saying the other day. And yes, it was an ugly thing to say. It was a racist thing to say,” Mr Walsh tweeted.

Noah Bookbinder, president of Citizens for Responsibility and Ethics in Washington, said that Senator Johnson’s statements defending the insurrectionists “show a disdain for truth and democracy.”

“His statements were racist, dangerous and unbecoming a United States senator,” he tweeted.

Mr Johnson said he won’t be silenced by the Left.

“Leftists who want to memory hole last summer’s political violence lecture me that the 2020 protests were mostly peaceful. 570 leftist protests became riots. 25 dead. 700 officers injured. Braying about ‘peaceful protests’ offers no comfort to those victims… This isn’t about race. It’s about riots. I won’t be silenced by the Left,” he said in separate tweets.

0 0 0 0
Previous : Wokers condemned Trump for ‘kids in cages’ at the southern border but now under Woke Biden they are in cages, sleeping on the floor and unable to wash as illegal migration explodes to change the demographic of American society (This plan was in my books many years ago and it IS a plan)
Next : Eco hotel hosting G7 summit causing ‘anger and disappointment’ after cutting down trees for development