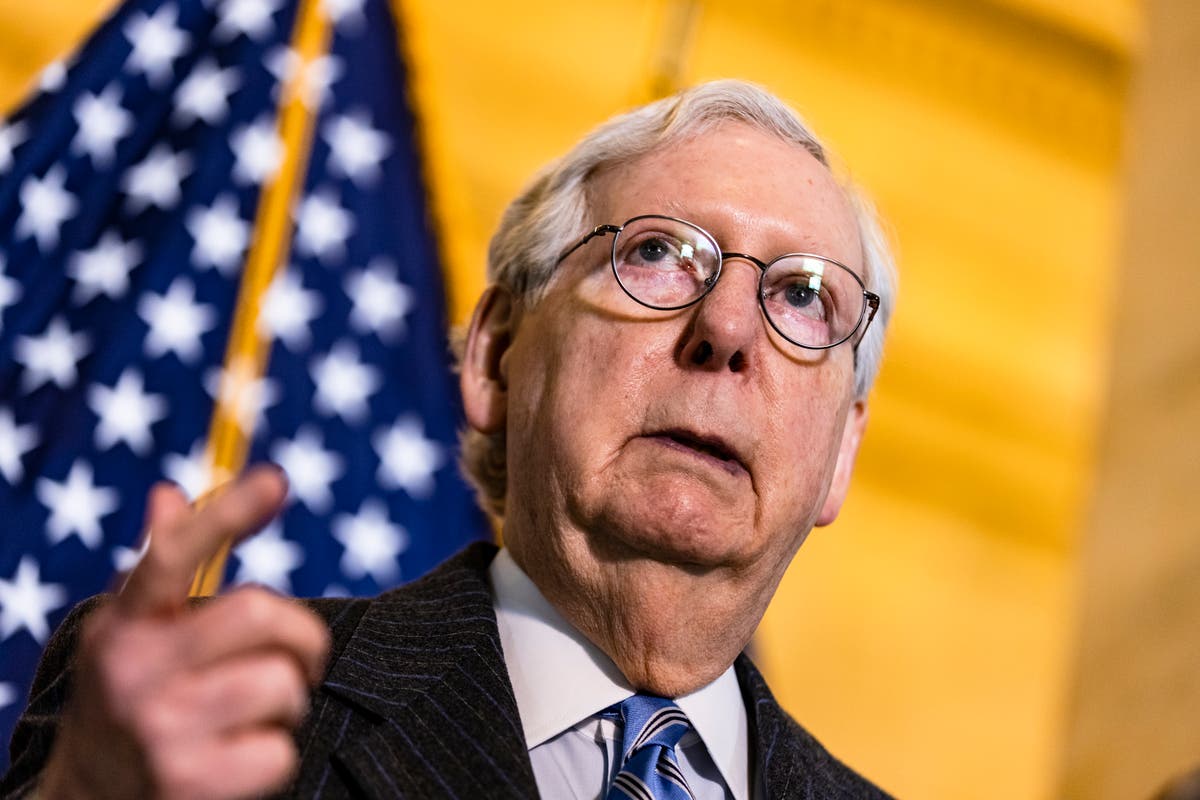 Senate Minority Leader Mitch McConnell has threatened to upend Senate procedures and use every tool at his disposal to grind the chamber to a halt if the Democratic majority does away with the 60-vote threshold that for decades has protected minority party rights.

“Even the most basic aspects of our colleagues’ agenda, the most mundane tasks of the Biden presidency would actually be harder, not easier, for Democrats in a post-nuclear Senate,” Mr McConnell said in a fiery speech on the Senate floor on Tuesday.

“We will use every other rule to make tens of millions of Americans’ voices heard,” he said.

Since 1975, Senate rules have required 60 senators to vote to “invoke cloture” — that is, end debate — on any piece of legislation and bring it up for a vote. If the majority does not have those votes, the minority party (or anyone opposed to the bill in question, for that matter) can stand at the Senate podium and speechify for hours and hours until the majority leader withdraws the bill. That marathon speechifying is called a “filibuster.”

The Senate filibuster rules as currently written, in effect, have meant a bill needs 60 senators to support it for it to pass — not the simple 51-vote majority outlined in the US Constitution.

South Carolina Senator Strom Thurmond once filibustered for 24 hours and 18 minutes, the longest speech in Senate history, to kill the Civil Rights Act of 1957.

For years, Senate Democrats have flirted with purging the filibuster from its convoluted set of rules. In 2013, then-Democratic Senate Majority Leader Harry Reid of Nevada convinced his party to do away with the 60-vote threshold for judicial nominees since opposition from the Republican minority was causing a logjam. The rule change allowed Democrats to confirm dozens of President Barack Obama’s judicial appointments before Republicans retook the majority in 2015.

During the Trump administration, Mr McConnell exploited the new confirmation process to ram through dozens of circuit court judges and three Supreme Court Justices nominated by the Republican ex-president in just four years.

He has vociferously opposed Democratic calls to end the 60-vote threshold for legislation.

In Tuesday’s speech on the Senate floor, he reiterated that position, threatening to hinder Senate Majority Leader Chuck Schumer’s moves at every turn.

“Nobody serving in this chamber can even begin to imagine what a completely scorched-earth Senate would look like,” Mr McConnell said. “It would not open up an express line for the Biden presidency to speed into the history books. … The Senate would be more like 100-car pileup — nothing moving.”

The Republican leader also vowed on Tuesday that if Democrats did away with the Senate’s 60-vote threshold, he would have no conscience cutting Democrats out of the lawmaking process to ram through conservative legislation the next time the GOP controls both chambers of Congress and the presidency.

Imagine a world, Mr McConnell warned Democrats, where a GOP-controlled Senate blocked funding for Planned Parenthood, passed a state reciprocity legislation for gun owners, and made laws cracking down on immigration across the US-Mexico border — all without Democratic input.

“As soon as Republicans wound up back in the saddle, we wouldn’t just erase every liberal change that hurt the country,” he said. “We’d strengthen America with all kinds of conservative policies with zero input from the other side.”