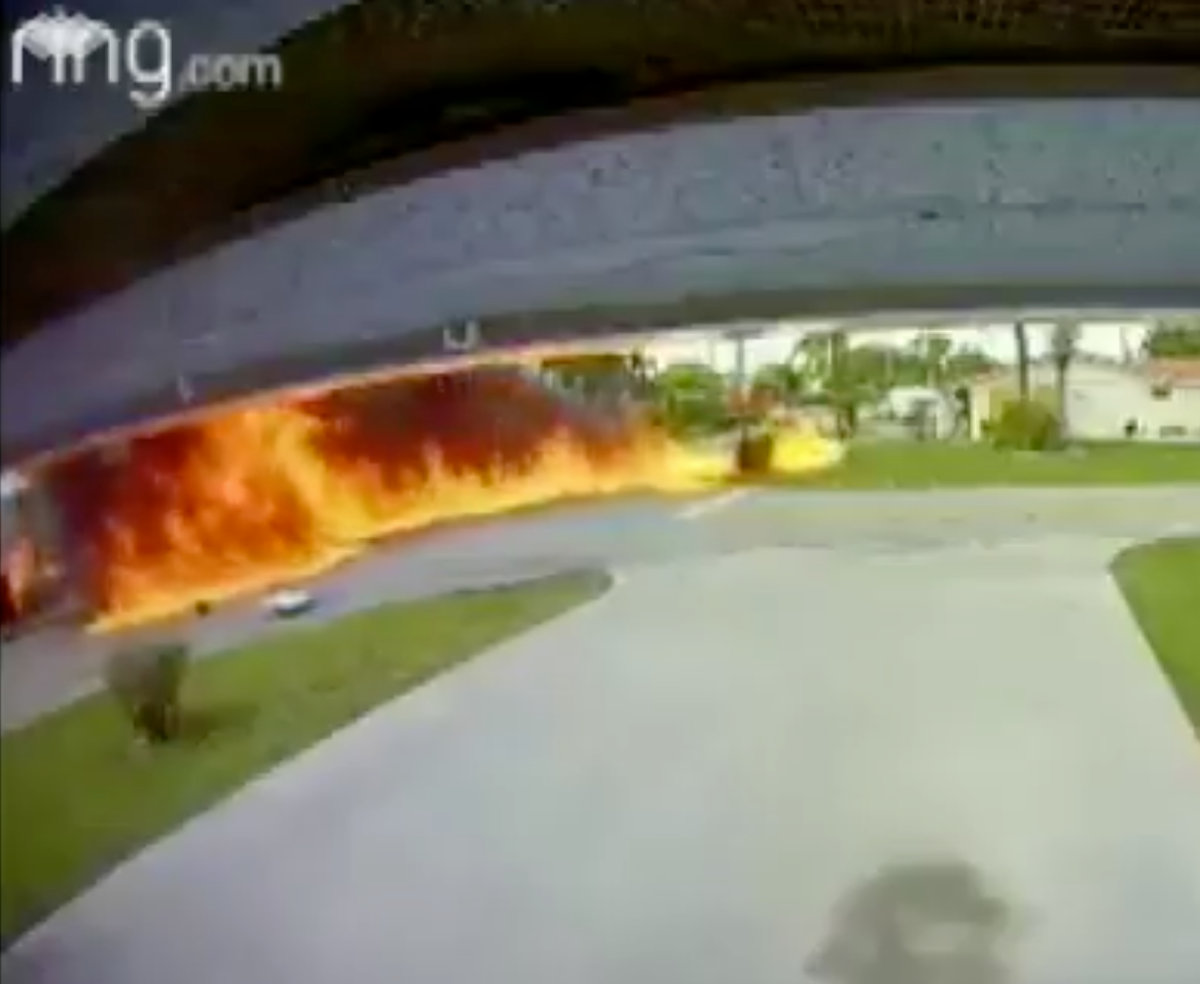 The fiery accident saw the plane crash into a moving SUV near North Perry Airport in Pembroke Pines and left a woman and child both hospitalised.

The cause of the Beechcraft Bonanza’s crash is unknown and is being investigated by the NTSB.

Federal Aviation Administration investigators said the plane was forced to turn back around towards North Perry Airport shortly after takeoff.

The plane then collided with the SUV on the ground, several hundred feet short of the runway after it clipped some power lines.

“We heard like a bomb, like a tremendous noise, and we went outside, and everything was on fire,” neighbour Annabel Fernandez told WSVN.

“Everything was bad, and you know, it got to a car.”