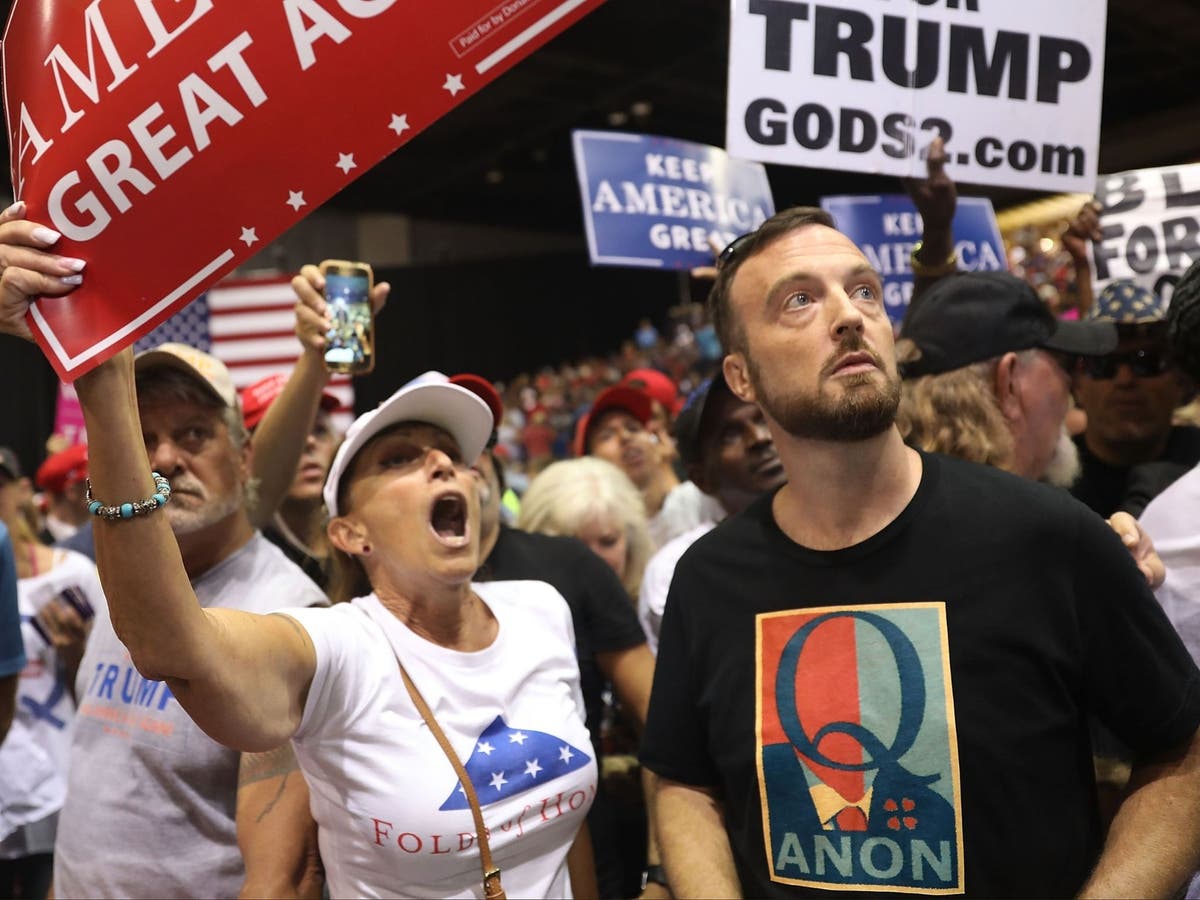 A new HBO documentary aims to uncover who is behind the massive QAnon conspiracy, whose followers have spread mass misinformation about the election and attacked the Capitol in January.

The film, Q: Into The Storm, which airs on HBO Max on 21 March, identifies two possible figures: Jim Watkins and his son Ron, whose now-defunct anonymous online message board, 8chan, was where the conspiracy first began to grow. Both are interviewed in the film, which is directed by Cullen Hoback.

“Well let’s continue then,” Mr Watkins says with a smile.

The Goldwater, a conservative news site run by Jim Watkins, did not respond to a request for comment from The Independent about the Watkins’ alleged roles in the conspiracy. Ron Watkins could not be immediately reached for comment, and his Twitter was suspended in early 2021.

“Im not Q and I have never had private correspondence with Q,” Ron Watkins told The Daily Beast in November, after resigning from the message board. “My resignation from the project has nothing to do with Q.”

Jim Watkins was a former US army helicopter mechanic who made a fortune living in the Philippines running a series of internet ventures including pornography sites and 8chan, a message board where users could anonymously post whatever they wanted, which often devolved into shocking racism and graphic violence.

According to an analysis from The Washington Post, mass shooters responsible for the death of 74 people at the shootings in Christchurch, New Zealand; Poway, California; and a Walmart in El Paso all used the site.

Prior to the widespread adoption of QAnon, Jim Watkins testified before Congress in 2019 about the site, whose motto was “embrace infamy”.

The conspiracy, that an anonymous intelligence official was supplying secret information about how Donald Trump was defending the US from a secret cabal of power paedophiles, went fully mainstream in the run up to the 2020 election.

8chan went offline in 2019, but was replaced with a similar project called 8kun not long after. Mr Brennan left the enterprise in 2018, after mass shooters continued to use the message board.