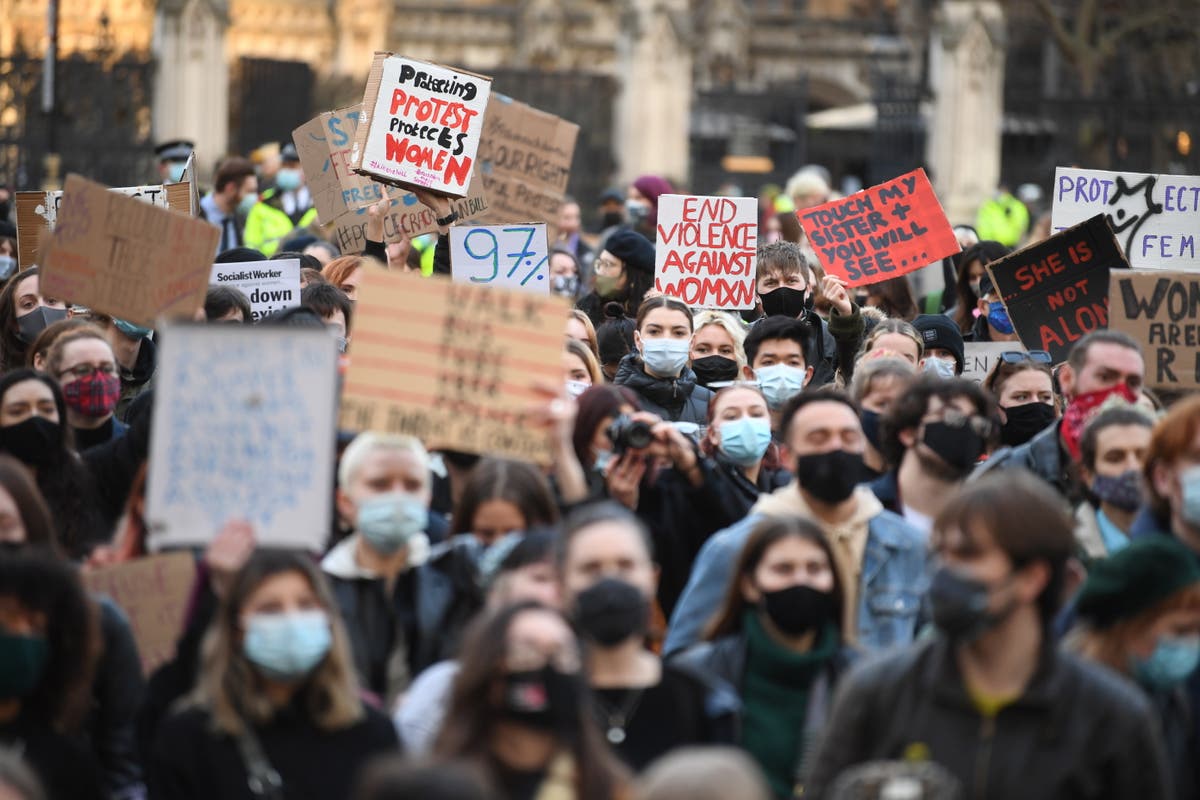 Protests to be allowed after Covid rules eased on 29 March, Downing Street says

Protests are to be permitted from 29 March in England without breaching coronavirus restrictions, Downing Street has said.

Boris Johnson has come under intense pressure over the ban on demonstrations, following the use of force by police on women marking a vigil to murder victim Sarah Everard at Clapham Common on Saturday.

Demonstrations of more than two people have been banned since the start of the second Covid-19 lockdown in December, but the rule was ignored by thousands of people taking part in a series of protests outside Parliament in the wake of Saturday’s scenes.

The government’s roadmap out of lockdown, published on 22 February, makes no mention of the return of the right to take part in demonstrations.

But it does state that from 29 March, the government will “enable people to meet up in limited numbers outdoors, where they are less likely to catch the virus or pass it on”.

The prime minister’s official spokesman told reporters that this relaxation will apply to protests.

He told reporters: “The stay-at-home order will lift on 29 March, which means it is no longer illegal to leave your home save for the exemptions which we are all aware of.

“In line with that, as you saw under Tiers 1-3 previously, protests will also be able to resume from 29 March.

“However, these will still be subject to the previous Covid-secure precautions we had, namely that organisers need to submit risk assessments and ensure there is appropriate social distancing.”